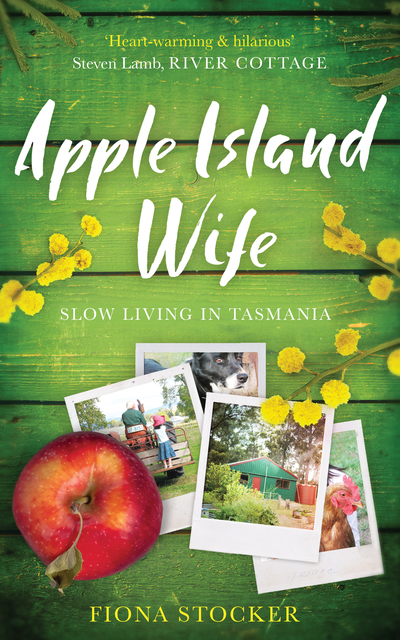 Ten years ago, I found out. After living in London and then Brisbane for seven years by mistake, my husband and I moved onto five acres halfway up Tasmania’s idyllic Tamar Valley, an hour away from the nearest department store and anything else that was familiar.

Like a lot of people we were looking for a sea change. We wanted to downshift, live life at a slower pace, bring up our little family in the bush, or near it. And my husband wanted alpacas. He had a thing about them.

Quickly we had to adjust to new ways of living. No longer could we just flick a switch for warmth. Now we had to split logs, stack them and light a fire. Drinking water didn’t come from the local authority but straight off our roof, with traces of possum poo.

Out on the property, Oliver set about building a shed (every Australian man needs one) the size of an aircraft hangar. I went straight to the local playgroup. There I met women who told me how to stack a woodpile and dispose of my livestock’s afterbirth. (You don’t want to know just yet).

Along the way, we met our neighbours Damo (Edna to his friends) and his niece Bob and got livestock of our own – mainly chickens, Midget the retired sheepdog, and two pregnant alpaca mares. When I saw the grumpy one with the legs of her unborn calf sticking out of her back end one morning, I knew I’d be late getting the kids to school.

Gradually we settled in and experimented with rural living. Could we turn our livestock into cuisine? When Vlad the cockerel went feral, could we cook him for dinner or had he got rigor mortis? How to put in a kitchen garden a la Monty Don when one’s soil was the texture of concrete? And yoga in the country: those who have chopped their fingers off with an axe must adapt their poses.

Gradually Tasmania got under our skin and rewrote our sense of what home meant with a palimpsest of new experiences - the scent of peppermint gums after rain, the bite of the wind when snow lay on the Midlands, the whisper of dry grasses in the paddocks under the heat of the summer sun. We understood why Tasmanians chose to live and die on their land. We were coming to feel the same.

This book is about leaving the city and learning to live the good life, work, play and face everything that life throws at you together, depending upon each other even when you’d rather not. Whilst it’s a humorous book, it has moments of reflection and poignancy, and lots of local colour.

Once the butt of Australia’s jokes, Tasmania has come of age in the past decade. It’s now on many a traveller’s bucket list as their destination of choice. We didn’t know it would turn out this way when we moved here. We just got lucky.

Apple island Wife is an armchair travel book that gives you a sticky beak, as we say in Australia, into what it’s like to live in a different place with a sense of adventure and a resistance to normal paid employment.

So if you’re suffering the effects of Brexit or Trump, or you’re sweltering in city or outback Australia, pledge your support and get a copy of Apple Island Wife, for a vicarious taste of the good life in Tassie.