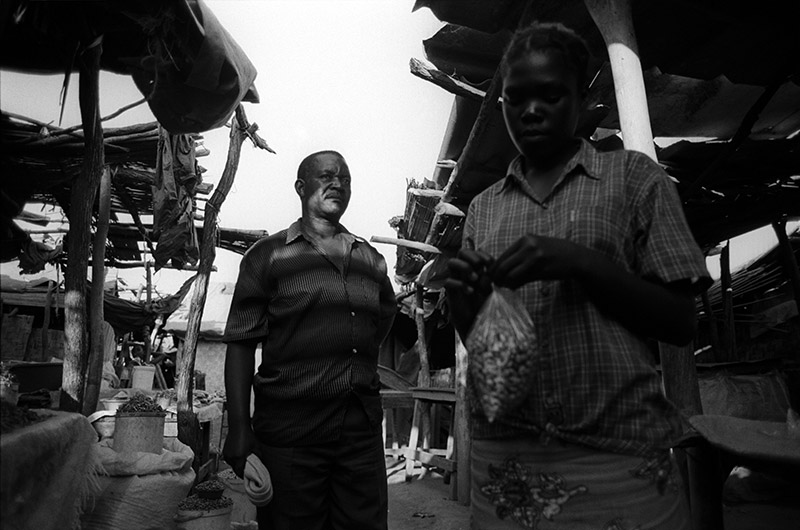 Irene first sold herself at the age of 12. 'I went into sex work so I could remain in school,' she said. 'When my father left us and my mother couldn't afford my books, uniform or fees, I decided to take matters into my own hands. I first slept with a man to buy exercise books. Then I worked the truck stops to sell sex to truckers.' Irene considered herself lucky as she hadn't contracted AIDS or fallen pregnant, even though none of her clients agreed to wear a condom. 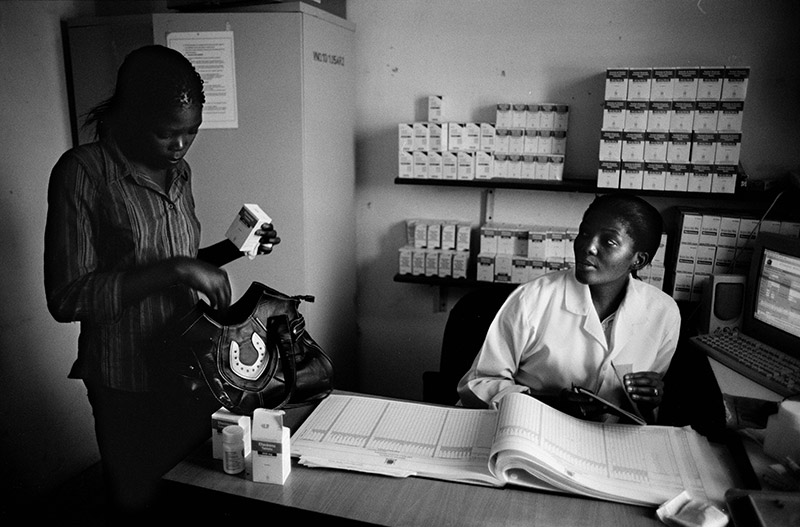 Five years on Irene had lost her first born to malnutrition and given birth to a second child. She had also become HIV+. When Nick Danziger refound her, she told him, 'I didn't think I would ever see you again. In another five years time I will be dead.' Her ARV treatment was free but she hadn't enough money to buy the food necessary for the drug to be effective. 'I just wanted to support my family. I nearly realised my goal of returning to school because my first daughter got sick and all the money I'd saved went to pay for the medical expenses and her funeral.' 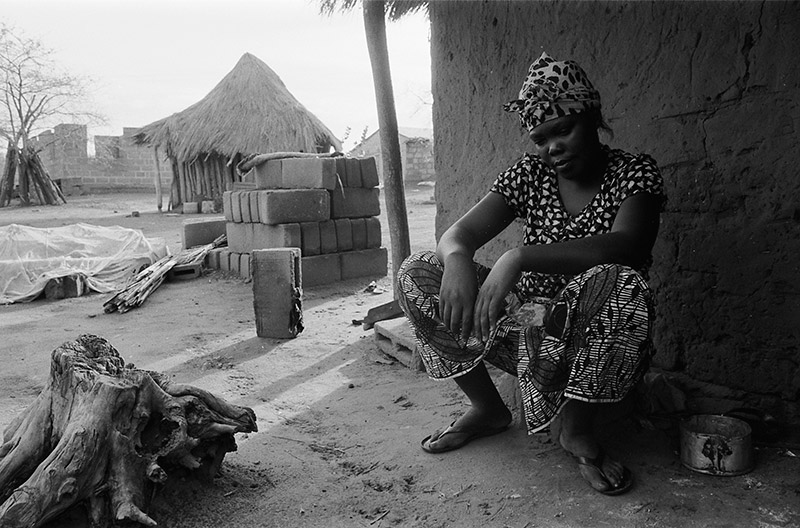 'I pray and cry to God to let me earn enough money to keep my girls at school,' said Irene. By 2015 she had two daughters Grace, 8 and Sara, aged 3. 'I'll go without food to pay for their education. I'll even sell our land. But I will never, never go back on the street.' All she owned in the world was a small plot of land on which she had built three mud huts to rent out. But they went unoccupied and then filled up with penniless relations who Irene also began to support. 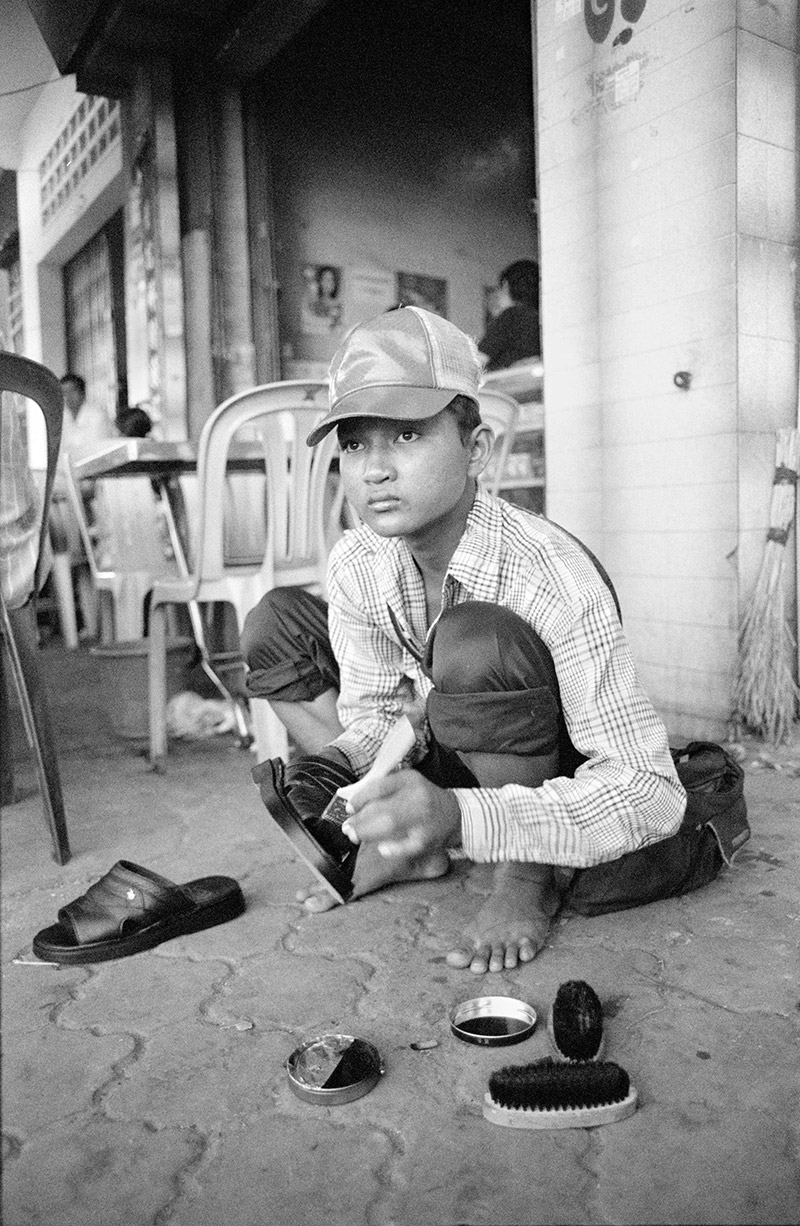 Until 2006, Pov had earned his living shining shoes on Phnom Penh's riverfront alongside his sister. Soon after their family – along with hundreds of other slum dwellers – were evicted from Som Bok Chab, Pov fell into a fight. He picked up a bamboo pole to protect his cousin and was arrested. To free him from prison his mother Rihorn had to pay a bribe of $100, which she borrowed from a moneylender at 30% interest, per month. It would take them five years to pay off the loan. 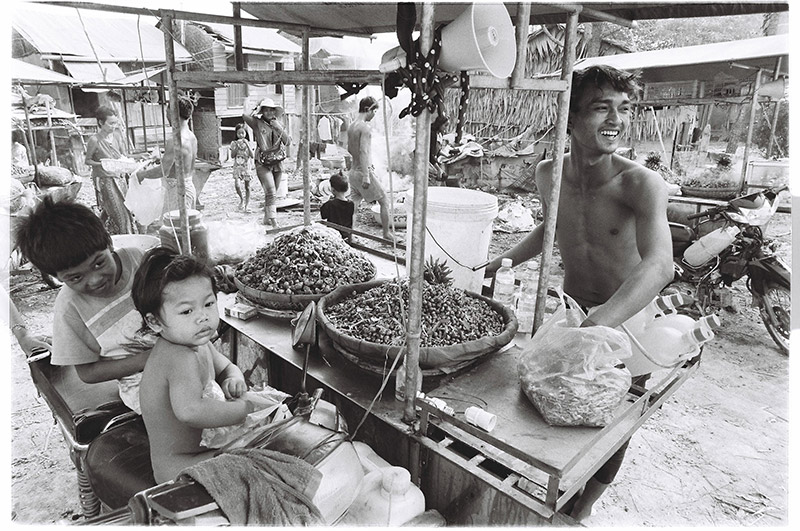 After prison, Pov wanted to return to school but the family were then too much in debt for him not to work. For five years he has worked as a snail seller, paying off the debt that secured his release. At 3am every morning, he takes delivery of sacks of live snails. As the sun rises he and his cousins steam them with spices and lemon grass on a patch of dry ground, then load them onto a dozen motocarts. On a good day he sells 60 kilos of snails. 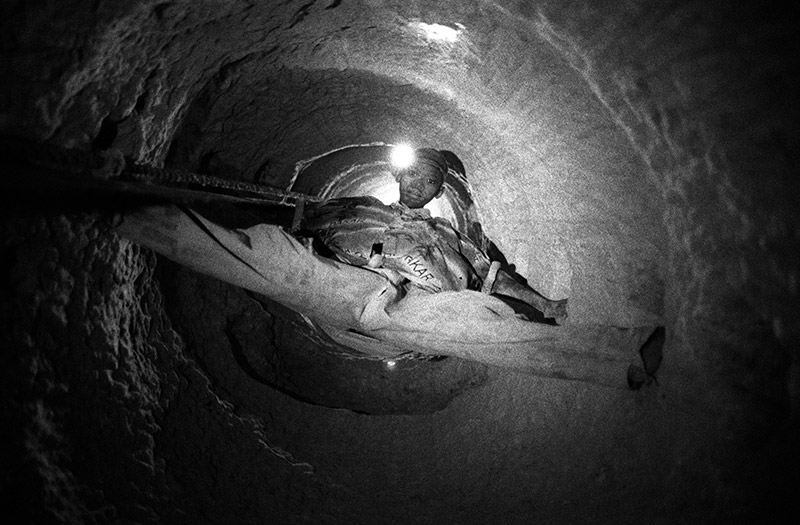 At the age of 12 Abbas began to work in the Komabangou gold mine. He worked thirteen hours a day, seven days a week, 363 days a year. Sometimes he even did an extra late evening shift. He had never been to school and could not read or write. In the mine there were no safety ropes to break a fall or support struts to protect him in the narrow, stifling galleries. At any moment the ceiling could collapse, burying him alive. One year earlier his boss had fallen down the 22-metre shaft and died. 'After that happened I was afraid to go down the hole but I had to earn money so I had no choice,' Abbas said. A narcotic cocktail – sold by the mine 'pharmacist' and swallowed every six hours – kept up their courage and numbed physical pain. 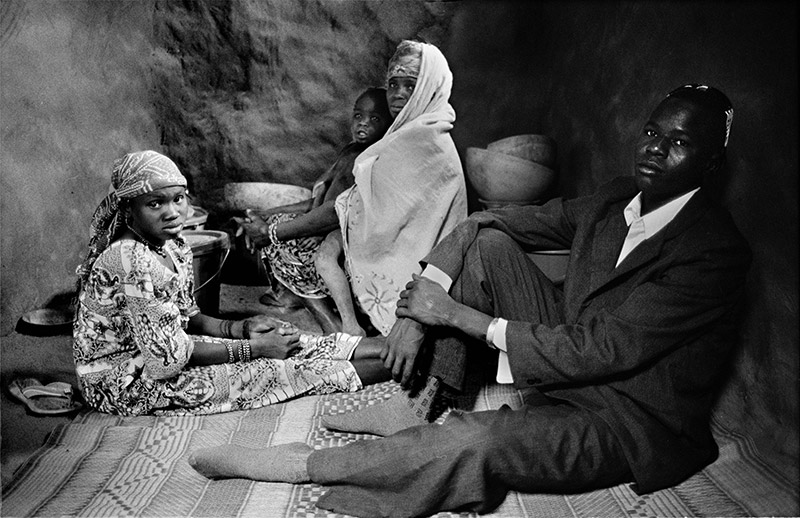 In five hellish years underground Abbas failed to unearth a single flake of precious metal. Instead he started to work on the surface, pounding the rock to a powder, then washing and filtering the slag through a carpet to collect gold dust. By 2010 he was earning enough money to buy bread and soap for his mother, his 13-year-old wife and for himself. 'My hope is to have a baby son,' he said. In all his life he has never seen a product made of gold. 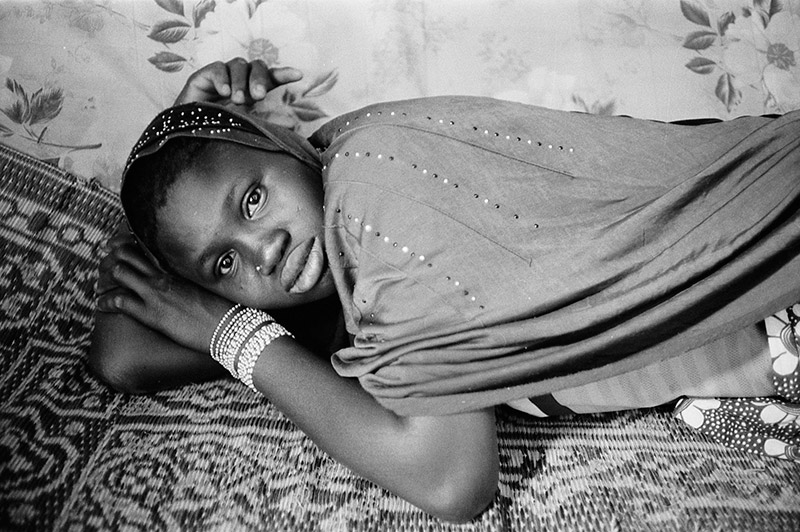 Abbas knew that underage marriages were not allowed in Niger, as did the fathers of his wives Aisha and Latifa. But the girls' fathers needed the money as much as Abbas – in his inability to change his own life – had come to want a son. Today Abbas will not allow Aisha to go to school 'because I want a girl who is not wise and does not know the ways of the world so I can control her and so that she will not be influenced by all the bad and debauchery in the world.' 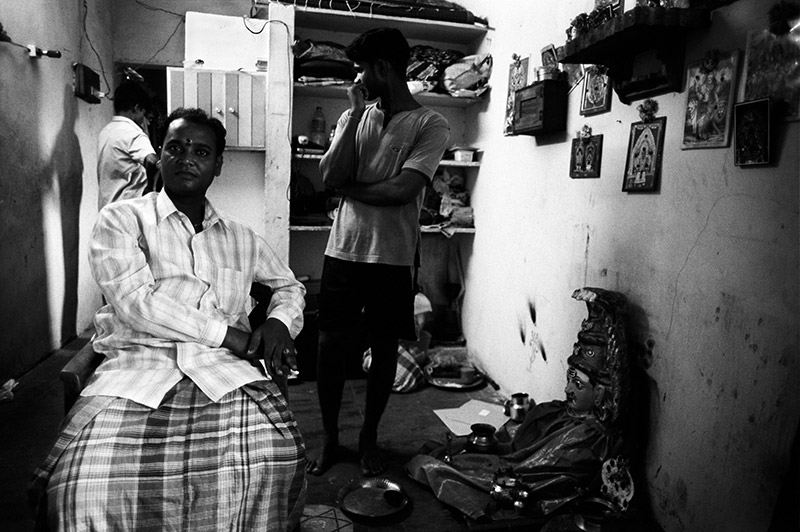 In India transgender people – or hijras – had been openly discriminated since the early days of British colonial rule. Most have lived as outcasts in abject poverty, denied identity papers and passports, earning their living as sex workers or by flaunting their sexual appearance. In 2005 Jeeva was angry that authorities mocked transsexuals like her. 'Once a policeman called me "it" as if I were an animal. He pointed at me and called out to the other officers, "Look at it! What is it?"' In her city there were some 2,000 third gender sex workers, most of who practiced unprotected sex and had never been tested for HIV/AIDS. 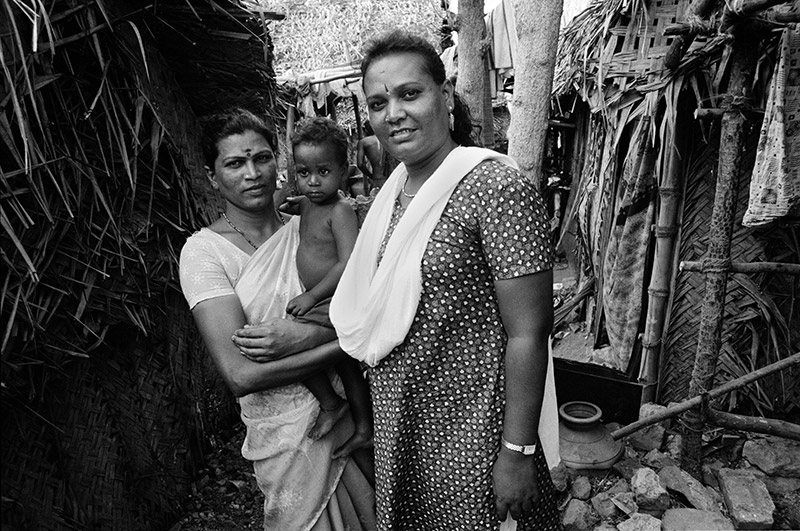 By 2010 Jeeva’s dreams had begun to be realised. Her state had recognised transgender people, granting them ID papers and so opening the doors to mainstream life. Now they could start businesses, qualify for bank loans and attend university. The changes also removed many obstacles to having stable partners, therefore reducing sexually risky behaviour and the spread of HIV/AIDS. Jeeva earned a BA in sociology and planned to study law. To ensure that the local government took her seriously she formed the Transgender Rights Association to support and protect her community. 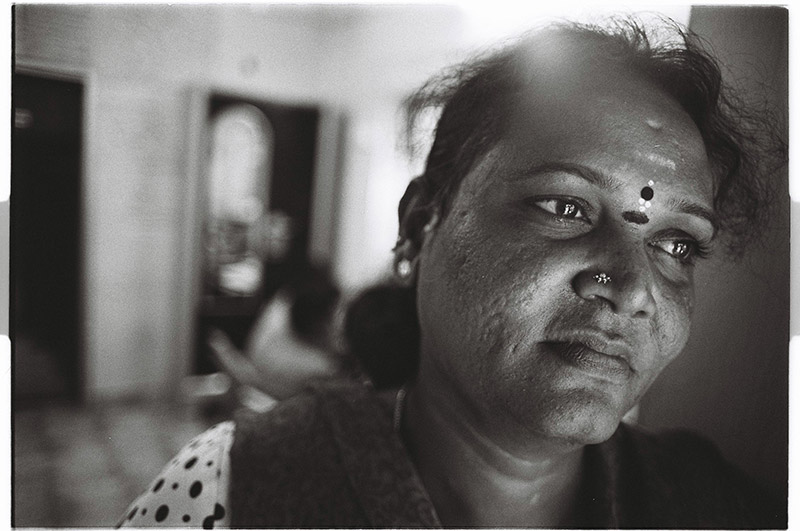 In a landmark ruling India's Supreme Court recognised transgender people as a legal third gender. Nevertheless Jeeva continues to advocate for transgender rights as well as to spread awareness of safe sex. She said, 'Transgender people faced many dangers in the times before recognition, before the availability of surgery. In those days we had little choice but to sell ourselves. Now times are better, much better, for there is less discrimination. Yet there is still much work to be done.' 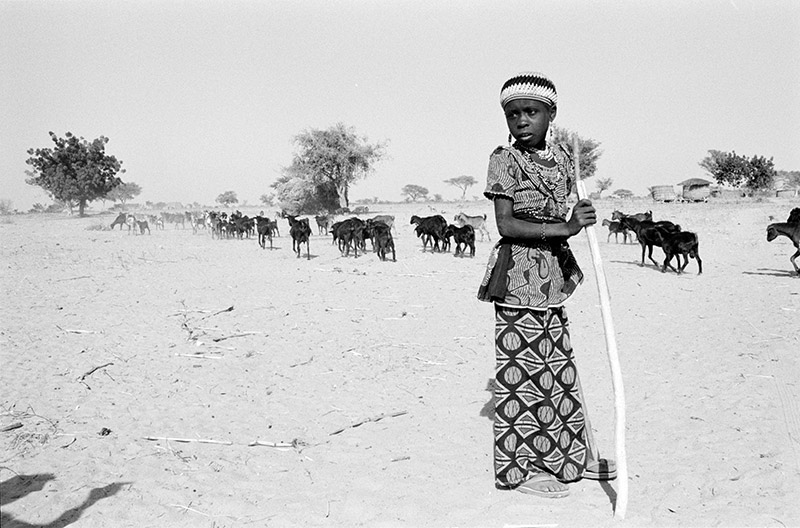 Hunger, disease and poverty remained endemic north of Tibiri. In 2010 there was still no infrastructure in the commune: no roads, no electricity, no telephone, no school, no clinic, no health worker, no irrigation system, no fertiliser, no seeds. There were also insufficient anti-malaria drugs, and those that were available tended to be beyond their expiry date or ineffective against the local parasite. Malaria kills over two and a half million people annually, mainly in Africa. Sub-standard or ineffective drugs are thought to account for over 200,000 of those deaths. 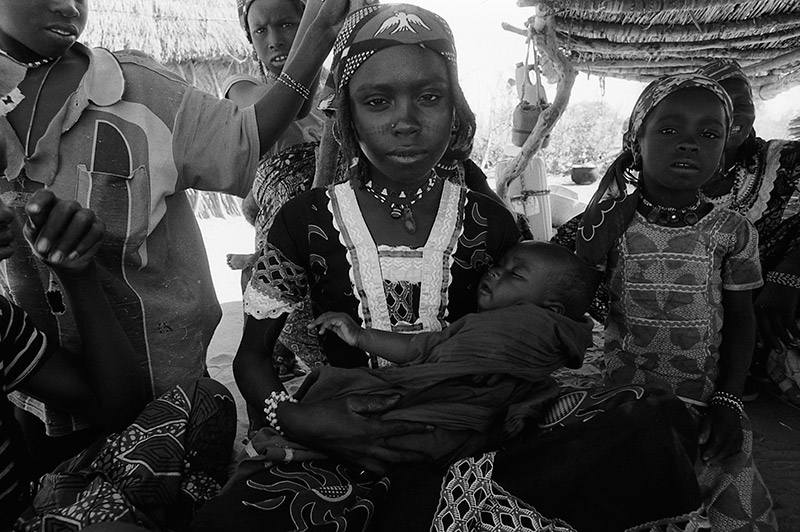 Aissha, a 12-year-old Fula shepherdess, will be married next year. Her father sold her for 20,000 CFA – about US$35. Both her elder sisters are already married and have babies. But because of the lack of food one of them can no longer breastfeed her child, hence Aissha's other sister feeds both infants. Some women scratch dry riverbeds in search of tubers, their sole nourishment until the start of the rains. Aissha has never been to school. 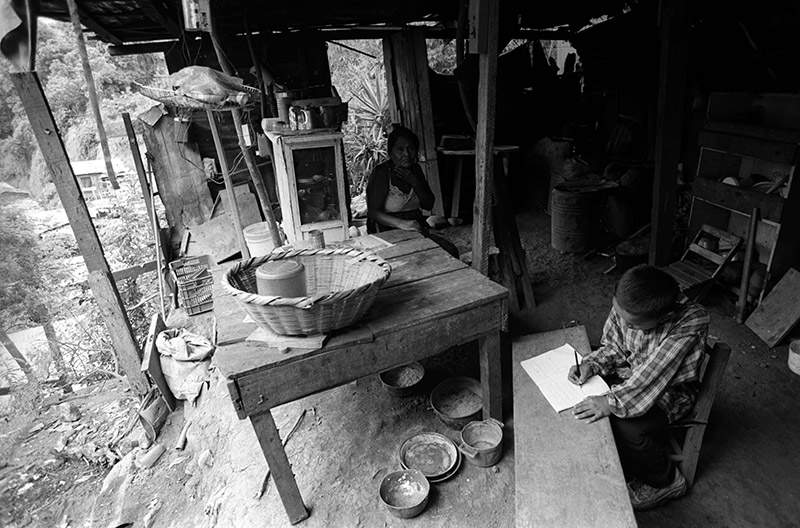 Franklin was born in the murder capital of the world. Tegucigalpa's Isla Perdida – or 'Lost Island' – is a hidden ghetto, clinging to steep banks of the Rio Chiquito. Home to a thousand forlorn souls, it is a place of mudslides and sudden violence, barefoot children and wild roaming dogs. Yet in its makeshift homes, above twisting river running dirty brown with effluent, Franklin grew up as a studious boy; happiest when reading, writing and doing his homework. 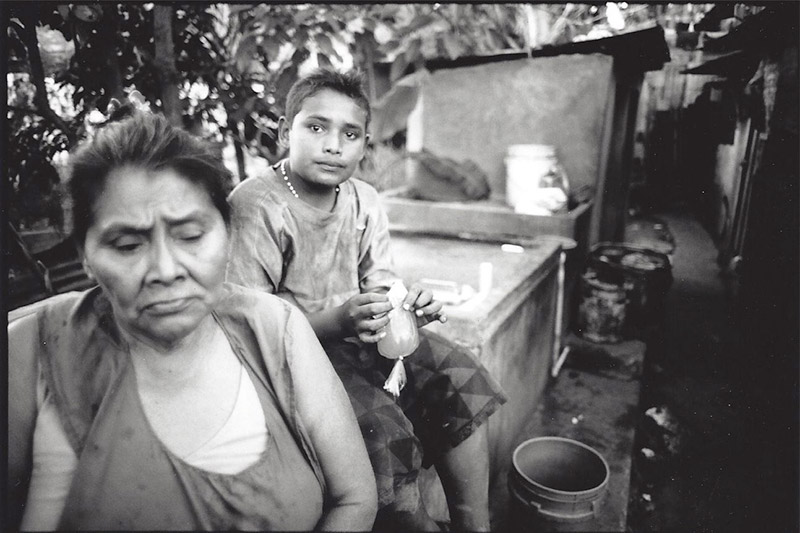 In 2010 Franklin was top of his class in primary school. A near perfect mark in mathematics earned him a place at secondary school. He dreamed of becoming a banker. But although education itself is free in Honduras, neither his grandmother Maria Enma nor his mother could afford the expense of his daily bus fare to the new school, let alone the $25 needed to buy him a uniform. Franklin had no choice but to stop going to school. 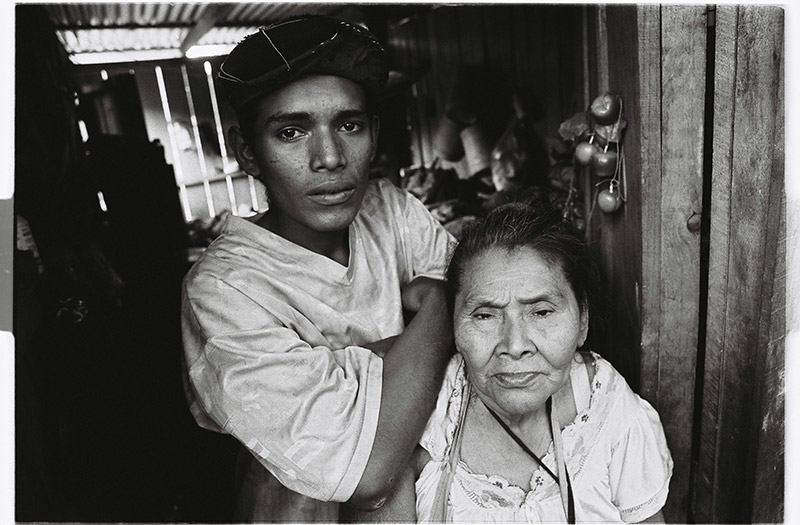 By 2015 Franklin – vulnerable, jobless and wracked by disillusionment and crumbling self-esteem – was recruited into a neighbourhood gang. The promise of good money led him to deal in drugs, until the night he and four friends were caught by the police. Two of the boys were executed on the spot. Franklin's life was saved only by the intervention of his mother. He tried to extricate himself from the gang but its leaders would not let him go. When he refused to deal again, they threatened to kill him.  To protect himself Franklin took to carrying a knife. Yet, as so often is the case, he had himself become hooked on drugs. He was trapped in both addiction and poverty.