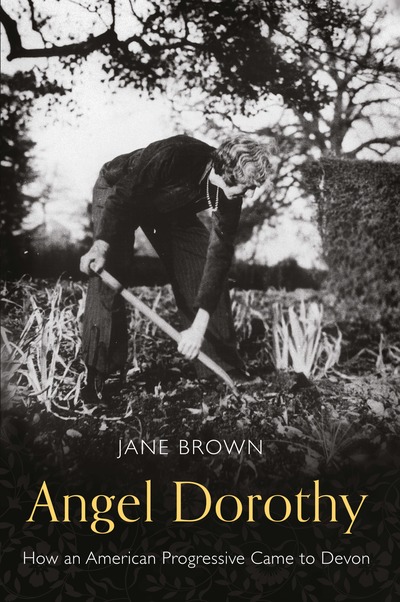 A new biography of the woman behind Dartington Hall, American heiress Dorothy Elmhirst

A new biography of the American heiress Dorothy Elmhirst who founded Dartington Hall in 1925, which rapidly became a magnet for artists, architects, writers, philosophers and musicians from around the world, creating an exceptional centre of creative activity.

Dorothy Whitney was born as a princess, bells rang, flags flew and the American navy’s new fast tugboat was named Dorothy. She was orphaned at seventeen, started giving her money away at eighteen, and educated herself for her political ambitions. Realising that despite her social work her status as an unmarried woman was merely ornamental, she journeyed around the world to test her love, and his, before her marriage to Willard Straight in 1911. Their marriage transformed them and made everything seem possible; they were a golden couple, embraced by Theodore Roosevelt and his Progressive Democrats, and blessed by three beautiful children before Willard’s conscience led him to volunteer to fight in France where he died in the ‘flu epidemic of 1918.

For six years Dorothy’s life spiralled into a mania of activity supporting high-profile liberal causes and fulfilling Willard’s wishes for his legacy, which included financing ‘The Straight’, the student union building at Cornell University. Her courage made her widely admired, a figure of hope, she and her friends walked down Fifth Avenue ‘with serious tread’ and arguably even in the 1920s she could have achieved political office on her own account. However, she worked herself into a breakdown, which laid her low for six months in the winter of 1923-24; her recovery was assisted by friendship with Leonard Elmhirst, an Englishman who shared her liberal beliefs, and together they moved to England in 1925 to start a progressive school at Dartington in Devon.

I say they moved to England, but Dorothy crossed the Atlantic one hundred times in her life, half by sea, half by air. Her English life at Dartington, her marriage, her two Elmhirst children, her extended family, her passion for education in the context of the arts, her support of artists – of the calibre of Benjamin Britten and Henry Moore – and of ‘arts for all’, her love of Shakespeare and of her beautiful garden, these are all part of her ‘second’ life. Her slim appointments diary was always beside her or in her handbag and these are the basis of her vivid and inspiring story.