By Jack Fernley (aka Wayne Garvie) 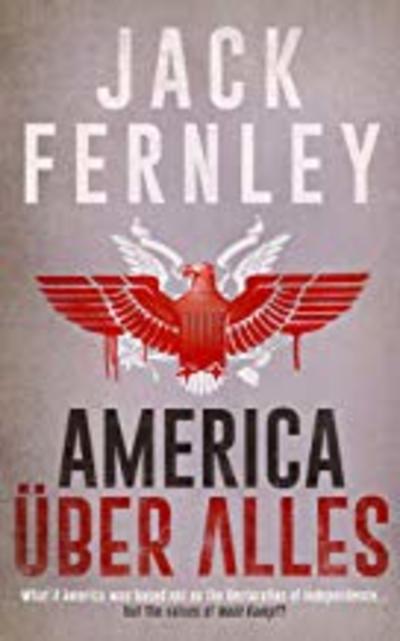 By Jack Fernley (aka Wayne Garvie)

April 1945. The Russians are closing in on Berlin. Luftwaffe General Ritter Von Greim and his mistress, Nazi heroine Hannah Reitsch, fly into the beleaguered city. Hitler has ordered them to his bunker. There he entrusts them with Germany’s secret weapon - a weapon which will win the war for the Nazis and change the course of history forever…

December 1776. The American War of Independence rages. George Washington and his army face defeat. Following a series of disastrous battles, the Continental Army has retreated from New York to Pennsylvania. Congress has fled Philadelphia. The army, a ragbag of exhausted, ill prepared civilians, is close to collapse. King George’s army is being bolstered by the arrival of the finest mercenaries in Europe, Hessian troops from Germany. Leading these Germans is Baron Von Stueben, a former officer of Frederick the Great. While camped at Trenton, his forces capture Edward Hand, one of Washington’s most trusted field officers. Sending him back alongside his emissary - one Hannah Reitsch – Von Steuben offers Washington information to mastermind a surprise attack upon the garrison at Trenton and proposes to bring his troops over to the American side.

The Battle of Trenton marks a turning point for the colonists and is soon followed by further victories. Von Stueben wins an immediate reputation for battlefield heroics and masterful strategy. As the war creeps into 1777, the Germans become the cornerstone of the rapid success of the Continental Army, their influence spreading everywhere.

Amidst the fighting, one man grows increasingly suspicious. Hand, who has been working closely with the Germans, begins to question the motives of these men. Their ideology is a world apart, and he is shocked by their barbarity during a raid on a British supply camp.

But Hand is framed for the death of an high ranking American General, and leaves the army in disgrace…only to reappear later, allied with freed slaves, in Philadelphia – just as Von Stueben launches the putsch that will topple Washington and his allies and win him the leadership of the new nation.

What vision of America will win out, that of the founding fathers or the nascent fascism of Von Steuben? A society based on the Declaration of Independence or the values of Mein Kampf?