The Alzheimer's Diaries: a love story

A sardonic, powerful, loving, diarized account of caring for a partner with Alzheimer’s 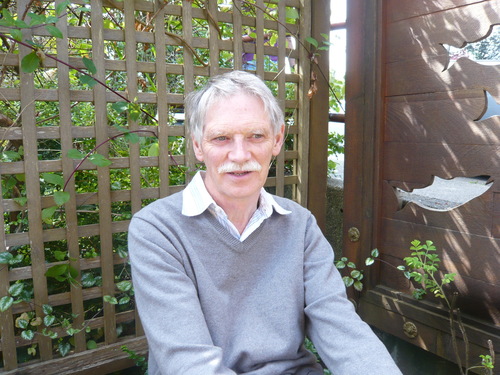 Any bereaved person will tell you that the first year is studded with stumbling blocks. Each memorable date or anniversary has to be confronted head on. And head butting can hurt.

I’m now nearly at the end of my first year of widowhood. Christmas, with fifty years of shared memories, was a bit tricky. And what would have been our 51st wedding anniversary fell six days after lockdown so I had to make do with half an hour of Zoom instead of the family get together which had been planned to keep my mind off it. Then came my birthday which, in the event, was very nice because by then my sons could visit for a garden get together. Now there’s only Nick’s birthday (picnic organised in Stanmer Park, Brighton with younger son, Felix and his family) and of course the anniversary of the day he died. Thereafter I shall be on the second time round, so to speak and I’m assuming that it will then all feel easier and less immediate.  But of course it’s all unknown territory so who knows?

What is odd at present is thinking about this time last year when Nick had just been admitted to hospital from which point things spiralled inexorably downward. I’m deeply, deeply thankful that Coronavirus didn’t happen last year and/or that Nick didn’t live until 2020. My heart goes out to all those families to whom fate hasn’t been so kind.

As it would have been his birthday on 12 July I’m including a photograph of Nick with this update – in remembrance, so to speak. It was taken on a lovely holiday in Canada in 2012 when he was fit, well and alert. It’s also a way of thanking all you lovely people who have so far pledged towards the crowdfunding of The Alzheimer’s Diaries: a love story. This is your project too and I want you all to feel involved.

A review of your play or classical music concert written by Susan in the style of a newspaper of your choice, plus everything at the Collectable level.