Edits and Language and Agents, Oh My!

In which I fret, the novel progresses and Unbound continue to catalyse an author’s career.

There’s a line from Arthur Dent in Douglas Adams’s The Hitchhiker’s Guide to the Galaxy: “As far as I can see you might as well lower haystacks off the boat deck of The Lusitania!” By the time the play was first broadcast, Adams couldn’t remember what he meant by the joke. And yet, somehow, I find myself thinking about this line often at the moment, due to an unavoidable preoccupation with politics. I mention this because I’m going to tell you several good things about All the Perverse Angels, and I recognize that I’m doing so in an atmosphere which may make me seem rather self-centred in the face of global affairs. However…

1. The development edit of the novel was completed just before Christmas. There were only a few changes necessary but my editor, Liz, did a wonderful job of identifying the small alterations which would strengthen the existing narrative of the book. (As an aside, I realized that I have an unfortunate tendency to have ‘delightful’ events ‘delighting’ people who are, themselves, “a delight”. That’s also been corrected, I'm pleased to report.)

2. We’ve been waiting for a particular copy-editor to become available, because she’s a great 'fit' for the novel. The copy-editing process began today, 23rd January. I’ve been working with the marvellous Anna, at Unbound, to make sure that all the quirks of Victorian English remain after the process of editing.

(If you would like more details about these editing stages of the novel, see this shed post.) 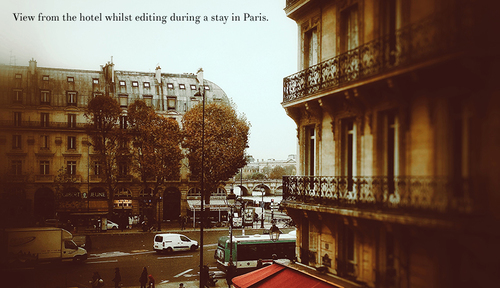 3. In related news, Unbound held its Fifth Birthday bash, a few weeks before Christmas. I happened to leave at the same time as a literary agent, and got chatting with her on the Northern and Circle lines. This may remind sharp-memoried readers of my novel’s original arrival at Unbound, following a fortunate seating arrangement at a dinner for another of their books (the excellent First Light). Anyway, this second serendipitous meeting led to the sending of a manuscript, and I signed with Felicity Bryan Associates, literary agency, in late December. This is an important milestone in a writing career, and once again I have to thank Unbound for being the catalyst of my reaching it.

Finally, a reminder that these shed posts are not too frequent, as I don’t want to clog up my followers’ in-boxes, but that there are other updates available through my Facebook and Twitter accounts.