Try to have your writing make sense.

Back in the day, it was all about webforums. I frequented numerous of these online establishments – despite, of course, the fact that I was deeply trendy and had many, many friends in the real world, obviously… My favourite was a poetry forum called The Poetry Free-For-All, or PFFA. I wrote angsty poems, like most teenagers do, and it probably comes as no surprise that I was exceptionally into it. I read a great deal of poetry, and, by 2004, had been churning out an average of a poem a day for some years. I was going to be a famous poet one day, obvs.

The PFFA had a reputation for being brutal, and its community, its host of moderators and regulars, had very little patience for self-indulgent verse, or for people who were precious about their work. But while the critique was somewhat blunt, it was always constructive, and if you could separate your writing from your self sufficiently, the PFFA was an incredibly helpful resource. There were also endless articles there to which you could refer, on particular aspects of the mechanics of writing. Poetry at the PFFA was not self-expression: it was a craft, a skill, and the PFFA regulars provided me - for nothing - with an education in how to write well that went far beyond what was offered at school or university. If you were willing to study and apply yourself, everyone would cheer you on and kind strangers spent hours reading my drafts and answering my questions about the finer points of the villanelle.

I don't write much poetry anymore (to everyone’s relief) but some PFFA catchphrases will be with me forever, including: "Try to have your writing make sense." This one is particularly on my mind at the moment. I took a few weeks off writing and promoting this book in the light of recent events, and am coming back to it now with a fresh approach. I had a lengthy phone conversation this week with my ‘writing buddy’, Emily, and she really clarified for me the problems I’ve been having and how I need to come at this book differently. Firstly, I need to stop trying to write it in chronological order. I’ve been doing so because I’m trying to make sense, to present a story for you to follow. It’s not working. I can’t write like that at any length, and for good reason: it’s not how our brains do trauma.

I seem to experience time differently to other people. Less linear, I mean. I often describe PTSD flashbacks as like living in a time machine that you can’t control, so you’re washing up and suddenly it’s three weeks ago, and oh god that was horrible, and phew you’re back, but oh wait, when is this now? It’s distressing and wildly disorientating. But it’s also just a more dramatic version of my default: I relive as I remember, both the good and bad. I float about in my own little lake of memories which blur into daydreams and back… My lips move as well, without my being aware of it, and having been called up on ‘talking to myself’ early in life, I wear headphones when I’m walking anywhere in hope that it makes me look less like a complete nutter. This quirk is probably part of my Complex PTSD and it’s certainly part of me, and I’m fine with it. I think it helps me to write, the way I inhabit my memories along with various imaginary scenarios.

Now I need to go with it, to follow where my mind leads, and I think that means changing the structure of this book. I had tried to stuff chapter one with ‘here is some essential background information’ which meant whizzing through a lot of hugely significant stuff. That included my previous stints on a psych ward, and what it was like growing up with a diagnosis of bipolar disorder, and how I struggled endlessly to make sense of my own distress amidst a sea of conflicting narratives about it. The chronology was jumping about all over the place. I simply couldn’t help it: that’s how I think. And I’ve realised that while the perinatal stuff – pregnancy, birth, the early years of motherhood – is the ‘spotlight’ of this book, it’s not just about that. It’s a bigger story.

So I have ditched the plan and come up with a new one for the first couple of chapters. And I’m picking out bits of the book to write as and when they take my fancy. Later I will thread these moments, these snapshots of time, into a coherent whole, like a patchwork quilt - or bunting, maybe. I’m not quite sure yet, how I’m going to make my writing make sense, but I have an odd feeling that it’ll come to me. It'll make better sense for it. Growing a book is oddly, ironically, like growing a baby: it’s developing in the darkness as the weeks go by. 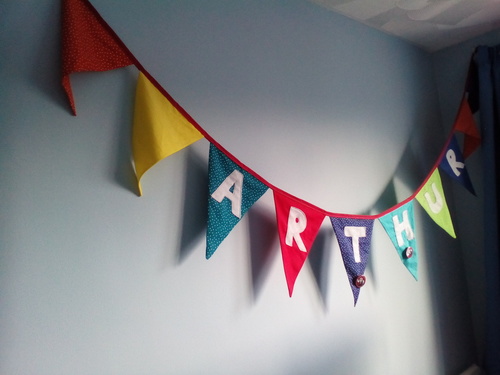 But yay - I’m writing again. And I’m excited about it. I love this book. It feels important. I have a feeling you'll love it too.