The Thing That Wouldn't Go Away

Fair warning that this is more of a life update than a book update. There is not much book update to tell you on account of the contents of the life update! From here, the book and the life are hardly separate. I'm not sure where one ends and the other begins.

I wrote to you in April saying I'd been quite poorly with CoViD but confidently asserting I was on the mend. Then I wrote in May saying I'd had 'a bit of a setback'. Coming up for 13 weeks in now and I am still not better. I've been thinking of you all and I'm seizing upon this 'good day' to let you know about it. I've had a lot of neuro symptoms - brain fog, mostly, plus some difficulties with language and short-term memory - all of which make writing quite tricky. I have to do a lot of rereading to catch where I've used 'indifferent' for 'indefinite', for example - or, most memorably: "When this is all over, let's go out for cockatiels." 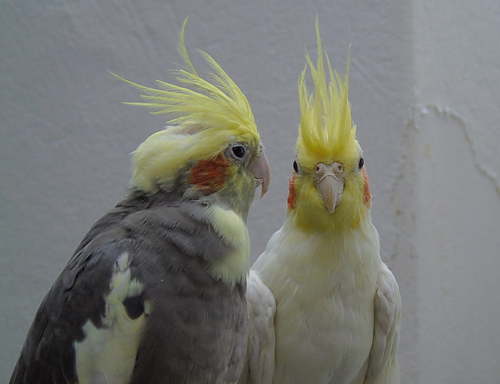 Not going to lie: it's been a nightmare few months, as it has for most of us. This illness is a mindfuck; total snakes and ladders. Waves of random symptoms - nausea, myalgia, tachycardia, chest pain, headaches... The fatigue, above all, is just nuts. I've had a series of bacterial infections on top where my immune system is wiped. And I've been in lockdown with a six-year-old, who has been so, so good and considerate - bless his sweet soul - but is nonetheless bright and energetic and needs more than I'm able to provide at the moment. What I've needed more than anything is practical help: childcare, someone to put the hoover round... and of course that's what hasn't been available. Arthur's dad has upped his visits but works full-time in a demanding job. My parents have left groceries, and sometimes meals, on the doorstep. I've felt that support system around me, at a careful two-metre distance, but nonetheless it's been grim. I haven't been able to rest properly, especially as I'm self-employed: I've scaled everything back as far as I can but I can't afford to torch my career for this.

It's scary having a new disease and no sense of when - or if - I'm going to feel like myself again. There are various medical theories about this 'long tail' CoViD: one is that this is a special CoViD-flavour post-viral fatigue, likely to lead to ME if you don't get lots of rest (that's my least favourite theory); another is that the virus has inflicted tiny, invisible 'micro-injuries' which cause inflammation and take a while to heal, but do heal on their own; and another is 'post-viral dysautonomia' - damage to the autonomic nervous system which may or may not be permanent. Lowering inflammation does seem to be key so I'm now trying to stick to an anti-inflammatory diet. At the moment no one really knows what's going on - and at times it has felt like the response to this is a massive shrug. Generally my experience has been that doctors seem to check that you're not actively dying and then send you on your way. I'm grateful not to be dying, but I'm not really living either.

This is the sickest I've been since Arthur was born and that whole saga, and in some ways it's been oddly resonant of that time. I have the same sense of 'just getting through it', and I'm aware of the delayed trauma tsunami that hit me once the worst was over. I have a sense that may happen again, but also I know so much more than I did then and can't imagine that it would be on the same scale. I know that suffering requires an empathetic witness, and how to recruit one when I need it. I know how to relate to my own body better. At the moment my body feels half like a prison, half like a dead animal that I'm trying to coax back to life, but it is also me, and I can't help but feel a grudging respect for it. It has endured, and come back from, so much already. It even created a person, and an excellent one at that. In lockdown, Arthur has grown this gorgeous mop of curly hair; he looks like a cherub, and he's enormous. I'm learning a lot from this bleak time, and can sense it clearing space in my life that I will be able to write in, when the dust has settled.

Thank you for being here. Hopefully brighter news and better times ahead.