I guess this is less of a book-writing update and more of a not-book-writing update… Truth is I’ve been feeling somewhat flattened the last week or so. Part of this is that my husband, Jon, has been working away in the Netherlands, and I missed him. He called to tell me how enthusiastic the Dutch are. The company he was visiting declared it ‘British Week’ in his honour. ‘British Week’ involved fish and chips in the cafeteria, Union Jacks everywhere, and, surprisingly, bowls of liquorice allsorts all about the place. We felt liquorice allsorts to be a strange emblem of Britishness, but I’ve decided I’m okay with Bertie Bassett as our representative on the international stage – certainly better than Boris Johnson, or whoever has replaced him. I’ve been having more nightmares than usual lately, including one about being sexually harrassed by Boris Johnson. To be fair, that would be awful. 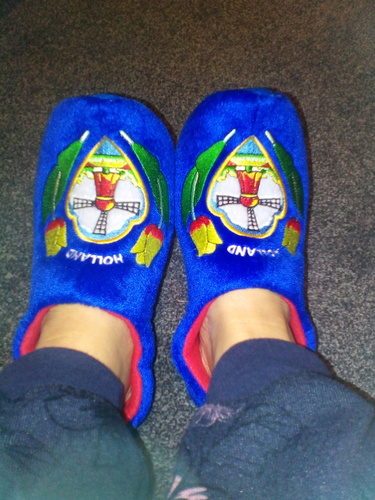 As Arthur started school, he obviously immediately caught a cold, which meant that I also caught a cold. Schools are, as someone on Twitter rightly pointed out, biological weapons. I’m overwhelmed with maternal mental health work: August was quiet and so September is the month of All the Things. I’ve been buzzing like a blue-arsed fly from meeting to meeting, event to event. I’m exhausted, actually. An old friend from Surrey died unexpectedly. My period is currently five days late and I’m not pregnant but I am trapped in a sort of hellish premenstrual limbo. It’s autumn. I think autumn is beautiful and I vastly prefer the cooler weather, but my mood always dips with the fading sunlight. There’s been a stupid newspaper article doing the rounds about how women should shut up about birth trauma because it scares pregnant women and we’ve given them tokophobia with our selfish moaning… I recognise this for what it is: another attempt to use guilt to silence women, and prevent us calling for better care. But, on some level, judging from my productivity this week, it’s working.

All these things combined to suck me down the metaphorical plughole, wanting to avoid everyone and everything. I noticed my red flags popping up, one by one: daydreaming all the time, feeling paranoid, tearfulness, thoughts of self-harm, general misery… etc etc. Depression is so boring. I knew my body was clamouring for a rest. When Arthur was born, I completely lost the ability to rest and it’s something I am slowly relearning now. The feeling of not getting anything done and ticked off a list is a kind of torment. It’s a dilemma, really, because the times when I need to rest the most are often the times when I have the most stuff to do, and I’m in no place mentally to prioritise or – worse – to let people down by not doing something I’d previously agreed to do. But I did manage some rest – reading, binge-watching House, a nap yesterday afternoon – and I am feeling better for that. Haagen-Dazs have done well out of me too. And writing always helps: it’s like talking, but without other people being unhelpful.

In the book, I talk about The Fraud Police, an idea I read about years ago… When I was pregnant and doing my history doctorate, I would imagine the Fraud Police banging on my door in the middle of the night. “Mrs Wood, we have noticed that your archival skills are non-existent, and to describe your Latin and palaeography as ‘rusty’ at this point would be positively charitable. We have noticed that you are just pretending and not a proper historian at all. We are here to take away all your funding with immediate effect and haul you off to PhD Jail.” And now the Fraud Police are telling me that this book is exhibitionist, self-glorifying, unfair to Arthur… that, whatever my intentions, I have accidentally got it all wrong again. But I reason that, if I am open about this, that makes me at least a bit less of a fraud. I felt hypocritical last week, not being entirely open about the fact that I was feeling like crap. Usually I just didn’t know how to start the conversation. You’d think that I, of all people, would know how to start the conversation – but it’s easier in the past tense. I wanted to hide, but felt like I should be visible and promoting the book, and just felt like I was failing at everything all at once.

Anyway, coming out of it now, although if someone could send me my period, that’d be great, because it’s clearly lost in the post. Apologies to anyone else who may be currently having my period. I wanted to thank you all again for your support, your pledges, your recommending the book to others, social media shares, the contents of The Big Bank of Book Encouragement. All of these have carried me through the last week. I don’t feel that I’m doing this alone, and that helps tremendously. Do feel free to chat to me in the comments, on Twitter (@cooksferryqueen) or Bookface, or to share this update for general mental health awareness reasons! Onwards and upwards.