Ten may not sound like a lot of per cent but this is a big project and I'm awed and thrilled that we've reached it so soon. Thus far 62 glorious individual humans have pledged for the book. When we launched, Fiona (the commissioning editor at Unbound) said to me, “10% is your first target,” and it felt impossibly distant. Then we hit 5% in the first 24 hours! And here we are at 10.

Most of all, really, I just wanted to say thank you so damn much. If this is landing in your inbox, you are first on board, the original supporters who will see me through this whole weird process from the beginning. If I haven’t got round to thanking you personally, please know that I have noticed your pledge and take this as a heartfelt hug/handshake/whatever-means-of-communicating-warmth-you-prefer from me. I’m excited to see your names in the back of the book. I’ve been overwhelmed so many lovely emails, tweets, Facebook comments, WhatsApps, pledges (of course), social media shares… Just, wow. Thank you.

You should know that I have a notebook – The Book of the Book – which is full of notes, ramblings, and all sorts for All My Worldly Joy, and it now contains The Big Bank of Book Encouragement, pages into which I have lovingly transcribed your words to reread when I am too scared to write. Because - full disclosure here – this book absolutely bloody terrifies me. There have been many sleepless nights. It’s both the crowdfunding, with the implied rejection if people don’t support it, and the fact that I’m going to be putting a lot of very personal, vulnerable content into a public arena. 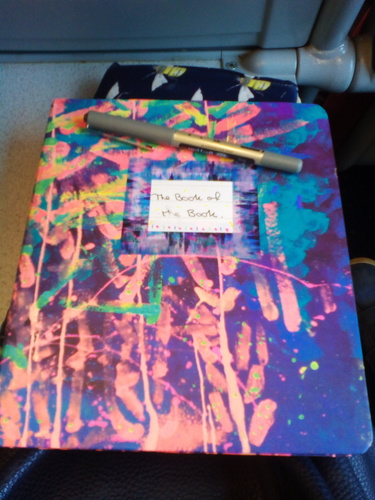 At the same time, I know it’s absolutely the right thing to do. Since I started speaking, writing, and tweeting about birth trauma, I’ve had a steady stream of emails and private messages on Twitter and Facebook. Acquaintances, friends of friends, colleagues, even complete strangers contact me to pour out their grief around their birth experiences, as if I’ve somehow given them permission to talk openly about it by doing so myself. Similarly, when people ask me what I do and I try to explain, about three-quarters tend to respond by sharing their own experience or that of their sister or mother or friend. It’s been a revelation to discover that birth trauma is simultaneously so common and so hidden. At the end of the day, who cares if people read my book and think I’m pathetic or annoying or self-indulgent or - worst of all - not very good at writing? This is bigger than me.

It’s still early days for this book, although I have been poking at it for at least a couple of years, jotting down notes and stream-of-consciousness, without a clear idea of where it was going. About six months ago it just started to ‘come together.’ I organised all of it – about 40,000 words of notes! - into chapters. I had wanted to submit to Unbound for ages because I’m such a big admirer of how they operate and other books they’ve published (especially Tom Cox’s 21st Century Yokel; if you haven’t read it, treat yourself) - but I chickened out. My friend Julie, for whom I am ever thankful, contacted Unbound on my behalf, after I gave my blessing, thinking nothing would come of it – and the rest, as they say, is history. Or perhaps the future?

I’m now writing the book up from Laura-language into coherent prose, with much editing - and agonising - along the way. I’m still on chapter one of seven. (Currently it’s June 2013: I am newly-pregnant and navigating this with a diagnosis of bipolar disorder. I am also very young and a bit of an idiot.) So this book isn’t going to be finished imminently. I am caught between not wanting to rush it, so that it isn’t as good as it might have been, and not wanting to keep you all waiting. Those of you who know me will know that I do a lot of maternal mental health work, both paid and voluntary, and I'm also a historian, and I have a small child with various health problems. I get so much done by harnessing the extra hours I get from insomnia, and the extra energy from anxiety. This is definitely fine as a long-term strategy. *sips coffee amidst flames*

But I have carved out time and this is happening. My not-so-little Arthur starts school in less than a fortnight. He’s got his smart red school “unicorn”, which I have washed and labelled, writing out his name and class over and over in permanent pen. (The pen withstands tears, at least.) I do hope people will be kind to him. I have very mixed feelings but a definite bonus is it allows me a few more hours in the day with no one shouting at me about spirit orbs. Nonetheless I beg your patience as I finish this book. I’m excited to have you all along for the ride. Here are Arthur and me, being excited on the London Eye, one drizzly day last week. 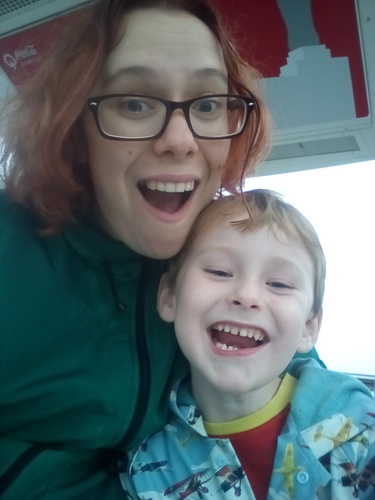 Thank you for joining me. I started writing this book to help others, and yet I am already untangling all sorts of things about myself. They say that to understand something, you should explain it to someone else. It's taking quite a lot out of me, but I know that it's good for me, ultimately, and I trust that it will do good for others. I'm thankful for the process, and for your support - because I can't do this alone.

With much love, and gratitude,