Yesterday two rather brilliant book-things happened: we smashed 20% - and 21%, in fact – and I finished the first draft of the first chapter.

This chapter has been a bit of a tricky one: basically what happens in it is I get pregnant. (Spoiler alert!) But there’s also some necessary background info about my decidedly colourful mental health history and I need to present that without going on massive tangents about Other Things That Happened At Other Times. But, then, if you try to dash through it too much, it’s a bit like, “Hold up, what happened there? Someone tried to murder you on a psych ward?” Anyway, I think I’ve now done an OK job of setting up what needed to be set up, ie. some of the conflicts and tensions around Growing Up Mental which then get resolved later in the book. This involved revisiting some of the 950 notebooks and diaries (an approximation) which I’ve been keeping since the age of six, particularly this one: 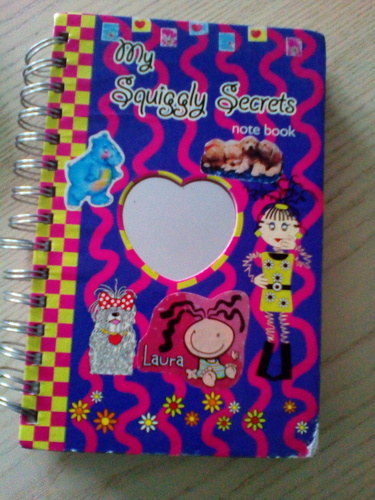 It’s completely full and covers 17th February to 10th April 2001. I was thirteen. It was during those weeks that my self-harming habit was found out and I started on a conveyor belt of mental health ‘treatment’ that would continue until I called time in 2016. It’s going to be important to emphasise that just because my care was mostly (not entirely) shit, and just because meds, etc didn’t work for me, doesn’t mean that’s true for everyone. I think the key thing is finding what works for you, and being supported in that. Anyway, this notebook is simultaneously the most tragic, the funniest, and the most embarrassing thing I have ever encountered. I would burn it in a heartbeat before letting you read it. 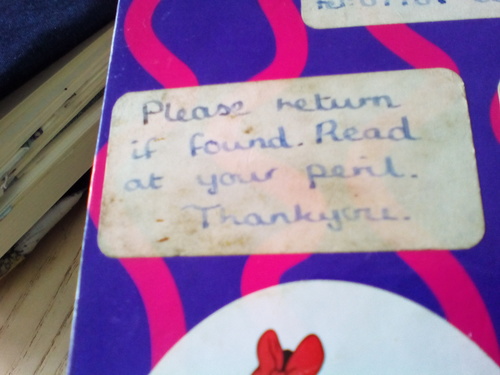 It seems that I’m writing a coming-of-age story as well as a becoming-a-mother story: the two go hand-in-hand. It strikes me, now, just what an absolute bloody idiot I was at twenty-five. Impulsively getting pregnant, having so recently been such a state, was a poor decision - and it was a poor decision which went on to impact others enormously, possibly including Arthur. I’m finding it hard to forgive myself for that - but you have to forgive yourself, really, because you’re stuck with yourself.

Chapter two was going to be the birth story, but now I’ve effectively divided chapter one into two chapters, so chapter two will be the pregnancy. This means getting out my hospital notes again, as well as my own diaries. Wish me luck! Chapter one needs more editing, but I might publish an extract exclusively for those of you who have pledged. It seems like the least I can do, as I’m keeping you waiting for the book itself. Would you like that, or would you rather save it for when the book comes out?

You’ll be pleased to hear that I’ve cheered up a bit, although not completely, since the last time I wrote one of these. My mood improved when my period arrived after a staggering THIRTY NINE DAYS. I mean, thirty nine days. What is that. But it has been a helpful reminder of just how much my mood – which I grew up believing to be unfathomable and unpredictable, a bit like the weather – is linked to the annual cycle of the seasons and the monthly cycle of my body. It’s something I can, at least partly, understand, predict, accommodate, plan for, and influence. So much of my ‘recovery’ - if you want to call it that - has been about reconnecting with my body, so that I can actually notice this stuff. I wrote about that more in a blog post in the spring, in which I quoted Stephen Cope (no idea who he is, by the way):

“As we begin to re-experience a visceral reconnection with the needs of our bodies, there is a brand new capacity to warmly love the self. We experience a new quality of authenticity in our caring, which redirects our attention to our health, our diets, our energy, our time management. This enhanced care for the self arises spontaneously and naturally, not as a response to a “should”. We are able to experience an immediate and intrinsic pleasure in self-care.”

Another way of saying this might be: everything is worse when you’re hungry. The ability to notice that and have a sandwich is just absolutely grand.

I’m mentally cooking a blog post about PTSD triggers. The obvious ones are straightforward, although not easy, to avoid. I spent a few years dodging environments where the conversation might ‘get a bit birthy.’ Unfortunately this meant forgoing the gatherings of mums and babies which might have relieved some of the isolation I felt, because I learned quickly that mums with babies have a habit of talking about their birth experiences in graphic detail. Sometimes I would attempt to change the subject in a panicked and ridiculous fashion: “Don’t you love potatoes? They’re so versatile.” I do think that avoidance gets a bad press – it’s a Symptom and you should Not Do It – when actually some avoidance, especially in the early months, is necessary for survival. Further down the line, though, I did things like joining the Hampshire Maternity Services Liason Committee as a sort of exposure therapy. And I’m much better now, although things do still set me off sometimes. The triggers that are a lot more difficult, for me, are the stupid ones. The ones that aren’t obvious, so you can’t predict them or prepare yourself at all. For example, last week I went to Newcastle on an aeroplane. Going to Newcastle on an aeroplane is not an obvious trigger for birth trauma, or indeed for anything that has happened in my life. The journeys there and back were both unexpectedly triggering and therefore horrible. But it’s interesting to retrospectively analyse what sets us off and why. Is this something you’d like to read about? I shall probably offer it to one of the fifteen people I currently owe blog posts. Any takers? 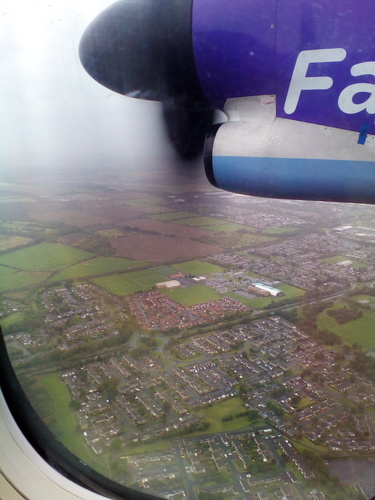 This is getting a bit long, so I will sign off. But, once again, thank you – thank you a thousand times over for holding my hand through this. Let me know your thoughts on the questions above in the comments or on social media. If you’re so inclined, you can catch up on previous updates here, here and here; you can follow me on Twitter; and you can even watch me repeatedly fail to properly get the hang of Instagram. Please share this post and the book link with your friends, your mum, your nemesis, your next door neighbour, the Amazon delivery guy… The more people pledge, the sooner I can send you the damn book that you’ve paid for. And, of course, if you haven’t already, you can join me in this weird and sort-of-wonderful book adventure by pledging for your very own copy. You’ll get your name in the back, and a nicer version of the book than the one which will eventually be in the shops, and my undying love and gratitude.

One more thank you, and big love,

Amazing post, Laura. It reads like a psychological thriller - I'm eager to read what happens next! Full of admiration for you xo anniehickox

Haha! Thanks, Annie. Full of admiration for you likewise. Twitter is a kinder place for your being there xx