This is a little off-topic but bear with me. I suspect the maternal mental health / feminist parenting overlap is a significant one. And I want to talk to you about vulvas.

It’s been niggling at me for a while that, whilst little boys almost universally have a ‘willy’, there is no equivalent for little girls: there’s no child-friendly word for vulva in common enough usage to be readily recognised. What it’s called – by young families, in their homes – tends to be unique and specific to that family. This can lead to all sorts of misunderstandings and cross-purposes: recently I spent a good twenty minutes figuring out what a ‘minnie’ was. (It was not the mouse, dear reader. It was not the mouse.) My nan called it a ‘dilly’, and I also knew it as a ‘widgy’ or a ‘tuppence’.

Whilst bored on Saturday night, I took to Twitter, asking: what did you call your vulva when you were little? There were almost as many names for vulvas as there were respondents. Floral names were popular – flower, daisy, lily – as were girls’ names – Mary, Little Mary, Lucy. Some names came right out of the blue, like ‘All-Around-the-World’, as in “Make sure you wash all around the world.” Another surprise was ‘fanackapan’ – a word which can apparently mean all sorts of things. ‘Nunny’ or ‘noony’ came up a few times, as did ‘foof’ (the latter is almost certainly a derivative of the French ‘foufoune’). I’m sorry to say that several families called it a ‘front bottom’ which is just not what it is. There was a lot of baby-talk: ‘noo-noo’, ‘woo-woo’, ‘hoo-hoo’, ‘hoo-ha’, ‘foo-foo’… I don’t know what that’s about. There were some fascinating responses from people of mixed heritage who had borrowed words from other languages: ‘punani’ – which is Jamaican, I believe - and ‘nungoo’, a derivative of the Hindi word for ‘naked'.

(Thank you so much to everyone who responded! How would I be a loser, home alone on a Saturday night and collecting vulva words, without you all.)

There was also, of course, ‘fanny’ – which is probably where ‘fanackapan’ came in. For me, that was a word for when you were slightly older and being rude with your friends in the school playground: Did you know that’s what Americans call a bum? They call a bum bag a ‘FANNY PACK’. Omg. Some people in the past were actually NAMED Fanny. Omg, you’d have to kill yourself. Fanny Craddock, Fanny Burney, omg, etc etc. 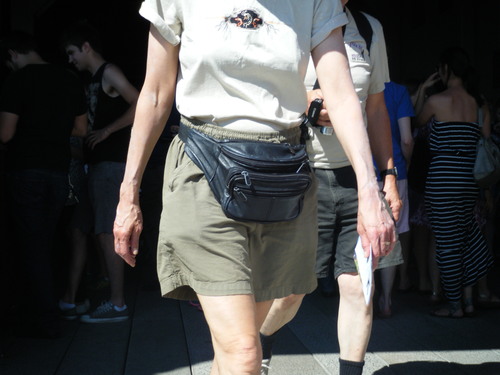 But we’re not in the playground any longer. Many of us have our own small children, who have noticed what they have and would like to know what it’s called, please. Some of my friends now try to use anatomically correct language with their children: this is supposed to help protect against sexual abuse, and if, god forbid, anything of that nature did happen, the child would have the correct language to report it accurately and without ambiguity. And a vulva is nothing to be ashamed of or embarrassed about. With this in mind, I have taught my son ‘vulva/vagina’, and I’ve tried to conceal my discomfort in using those words in his presence. It’s not so much that I’m uncomfortable saying them out loud – I am, but I’ve been practising – it’s more that they sound... just not very child-friendly. And, while I have mentioned that the correct name for a willy is a penis – he calls it a willy because he’s five and it’s a willy, for goodness’ sakes. So, in trying to do the good feminist thing, I have created a new double standard.

And, since starting up this conversation on Twitter, I have heard similar things from parents over and over: “We call it a… but I don’t like it. We just couldn’t think of anything better.”

I learned yesterday that they had the same problem in Sweden, and they just went ahead and solved it. A social worker, Anna Kosztovics, picked a word – ‘snippa’ – to be the feminine equivalent of ‘snopp’ (willy); she started promoting it in nursery schools, and now it’s in the dictionary and on children’s television. There's Snoppen och Snippan, a cartoon of dancing genitalia. It's nuts (forgive me) but, as Anna Kosztovics said: “If there isn’t a word you can easily use, there’s a very big risk that you don’t use any word at all, and that’s a problem… If there’s one, and only one, part of your body that hasn’t got a name, then people experience that as a taboo.” 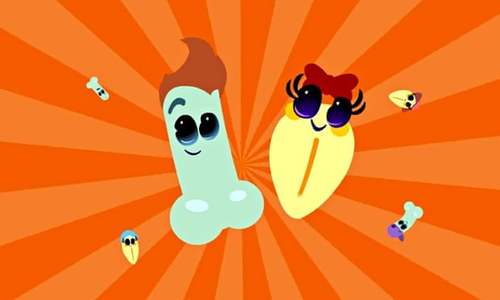 What’s to stop us introducing our own ‘snippa’? I mean, probably not ‘snippa’ – it sounds a bit scissorsy. What would be an English equivalent, the female version of 'willy'? If we took a shortlist from the Twitter responses, removing the girls’ names, the babytalk, and the really left-field ones (alas, I love 'fanackapan'), favouring the words mentioned by more than one person, we might be left with: flower, minnie, foof, nunny/noony, and penny/tuppence. (I am vetoing ‘front bottom’. Just no.) Someone suggested introducing ‘penna’ as it sounds like a feminised version of penis and also like ‘penny’. Someone else felt that ‘penna’ just sounds like ‘penne’ and there would be pasta confusion. Someone made the important point that words with established alternate meanings, like ‘flower’ and ‘penny’, are difficult to communicate to literal thinkers (ie. people with autism). Personally, I’m not sure about ‘minnie’ because of the mouse. We may be about to conduct a poll!

I’m not entirely sure where this is going, if anywhere. Should we be launching a campaign for our own 'snippa'? What do you think is a good child-friendly name for a vulva? If you have thoughts, hit me up: there’s a ‘comments’ section below and I’m @cooksferryqueen on Twitter. And pledge for a copy of my book if you haven’t already: I can’t promise there will be vulvas in it – I’ll try - but there will be lots of feminism and childbirth and parenting. You’ll like it. 10% off all this week for International Women's Day with the code: IWD19.

I'm quite uncomfortable about introducing a word for vulva/vagina that is derived from a word for penis/willy - girls should know that their bodies are not contingent on boys' bodies. There isn't an easy answer here. We have picked 'vagina' for our daughter - in time I will introduce the concept of 'vulva' (I think dealing with one word for the whole area is somehow preferable, and people certainly understand 'vagina' for the whole thing). It's so hard, but there you are - I think we just do the best we can. (For what it's worth, my daughter also refers to boys parts as the penis, so we've just gone for those terms all around).

I agree, Ellie: we need a word for girls' genitals that's entirely separate from the word for boys'. Of course, a 'vagina' is a sheath (for a sword) - not that a child would know that, of course!

I thought this was a great blog! God knows what the answer is!!! I wonder why Vulva is not seen as a word for common use? Did anyone quibble over penis? Or arm or Face? Saying that, when the kids were little we used ‘bits’ for everyone’s, well... bits! As teens a variety of words used now but typically penis, vulva and vagina. It was a ‘tut’ when I was little. God knows where that came from!.
Interesting and welcome debate. And good to see vulvas getting some attention. Did you see the recent Guardian article on 100 vulvas?
There shouldn’t be any part of us we can’t describe comfortably and clearly. For alsorts of health reasons.