Some friends and I decided a while ago that co-production is like teenage sex: hardly anyone is doing it - most don't even know how to do it - but everyone thinks that everyone else is doing it, and so everyone pretends that they're doing it. This is still mostly the case, but there are glimpses of progress. Maternity services are embracing 'co-creation' as service user led MVPs (maternity voice partnerships) are being rolled out all over the country, and in mental health, too, particularly in the new perinatal mental health services, the radical idea that people might have some say in the services designed to meet their needs is gaining traction.

So how is this relevant to the book? Well, partly I'm just sharing this with you as more of a life-update. Tomorrow I'm going to be at Mind's office in Stratford, exploring the challenges – and the benefits – of co-production with their staff. It's co-production week so all the co-production things are happening. Everything seems to have a week these days, but nonetheless co-production matters. Without it, we run the risk of creating support which doesn't reflect and meet the needs of the people who are intended to benefit, but, instead, is shaped around what others imagine those needs to be. That’s a tragic waste of resources and potential, and it can result in preventable suffering when people are misrepresented and misunderstood by those who are supposed to be there to help. (I'm sure many of us who have been under mental health services of one kind or another can relate to that one.) So I'm really excited to be part of the co-production movement within Mind: it is, after all, the biggest mental health charity in the country.

This is also more directly relevant because my lived experience work has been such an essential part of my "recovery" (for want of a better term). I can't change what happened to me but I might be able to change what happens to others in future. It forges meaning. The book is both about that, and a part of that. There's a new film of me talking about all this in more depth on Mind's YouTube channel: I'm not going to watch it, because I can't stand my own face or voice, so let me know if it's any good! Those of you who contributed to the maternal mental health peer support quality assurance principles might also like to read this case study I wrote up the co-design process there and its impact on me personally. 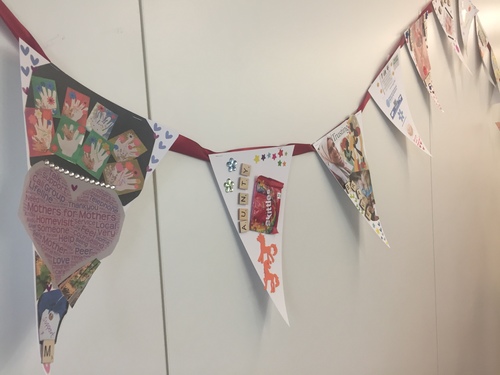 It can be pretty transformative, when your confidence has seriously been knocked by poor mental health, to be a valued and effective member of a team and to feel that you're making a difference. Co-production requires extra thought and care, but, done well, it benefits everyone. It helps us to identify and overcome our own unconscious prejudice toward others whose backgrounds and experiences differ from our own. It develops the skills of everyone involved as teams expand, horizons broaden, different views and voices are heard. People become more flexible, better at listening and communicating. Co-production is a metaphor for life! I may be getting carried away now... But if you work for any kind of service in the NHS or third sector, do check out Mind's influence and participation toolkit for some ideas around how you might share some the power you hold. Have a good rest of week!