It's been a little while since my last update so I thought I would let you know how things are ticking along.

Firstly we are now 72% funded - nearly 73%, in fact - so almost three-quarters of the way through this epic crowdfunding campaign. A warm welcome to the new supporters, particularly those who have arrived over the last few days after hearing me speak at the perinatal mental health course. You were so kind and enthusiastic and open-hearted on that Zoom call. I couldn't even see you and yet I felt very held and supported. Thanks for coming here and pledging for the book.

And thanks also to those who pledged a while ago and have been patiently waiting! There have been a few bumps in the road since I signed my book contract with Unbound: the break-up of my marriage and the subsequent scramble for financial independence while adjusting to single mum life; the pandemic and my being ill with covid and now with long covid... My whole life has been a bit eventful like this so in a sense I'm used to that but it has slowed the book down rather! I'm just so grateful that you have stuck with me through it all and, in a sense, come along for the ride. If I'd signed with a conventional publisher and not had you all there - an invisible cheering crowd, or at least several hundred people who actually believe in my ability to do this and think it's worth stumping up cash for - I think I would have given up by now.

In fact, I'm doing the opposite. I'm writing loads. Most days, in fact. I'm a bit astonished at myself, as I'm still working really long hours and until last week have had to homeschool alongside. I think it's batshit that we have been expected to educate our children for 3-5 hours a day and still produce the same quantity, and quality, of work as before we were doing that. Like many people of my generation, I'm chasing the elusive Permanent Job while holding down several short term and freelance contracts, which is shit, but I do at least enjoy the work. The latest is that, since last month, I've been on a six month contract as senior research and involvement officer at Bliss, the neonatal charity: three days a week doing a project to understand the unique challenges that young parents face when their baby is born premature or sick. I feel very lucky to be able to do that. Although I am essentially, at this point, just that rabbit on Peppa Pig that does all the jobs. 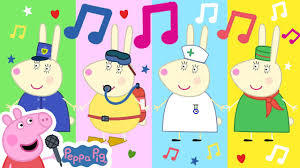 But, yes, the book is really coming together and has taken me in some quite unexpected directions. I feel like it's a surprise that I have for you all - a good surprise, hopefully! Even if you've heard me do the biannual Big Talk about my perinatal experiences, or if we've been friends for a long time, there will be some surprises in there. It's surprised me, and I lived it. I think it's very normal for writers to oscillate between "this is brilliant, this is shit, this brilliant" over and over, sometimes multiple times a day, and there are definitely still problems to solve and bits to write and rewrite and then rewrite again... but I have to admit to a nervous optimism that it's actually going to be quite good, eventually.

I hope you are all OK - or as OK as any of us are at the moment. Better days ahead. One day we will be at a book launch eating crisps out of large bowls and I will hug all of you (or all of you who are comfortable with that). I'm getting my first dose of the vaccine on Wednesday and the second of June and when that's soaked in nicely, I hope to go on a hug tour of Britain.