A biography of the most extraordinary woman in the Roman world

Last time I wrote, lovely readers, I was off on my writing retreat and it was absolute bliss. Honestly, I have not had such a good time since the first two years of my PhD. And I LOVED doing my PhD. My in-laws let me borrow their holiday home in Donegal. If you've never been to Donegal, you should get on a plane right now because there is nowhere more gorgeous. Thankfully, it rained the whole time I was there so I sent my partner off on day long bike rides to Sligo with my phone and I was left with a stack of books, a laptop, no wifi, a framed photo of Agrippina and a selection of notecards.

By the end of day two, the book looked like this: 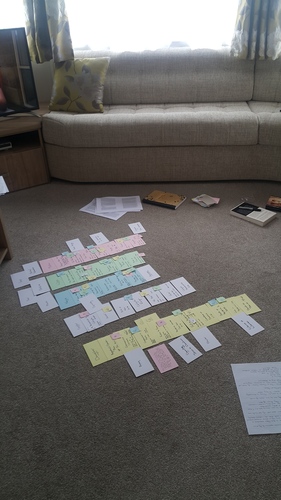 Colour co-ordinated writing planning. Overarching themes and the little dots are running themes. This is now all sellotaped together on my desk.

At the same time, the enormous writing lump of scar tissue that I developed on my finger when my pen rests in 2006 after doing 2 3-hour essay exams on the same day had swollen up to the size of a pea and gone all red. truly I am suffering for Agrippina. She'd better appreciate it. 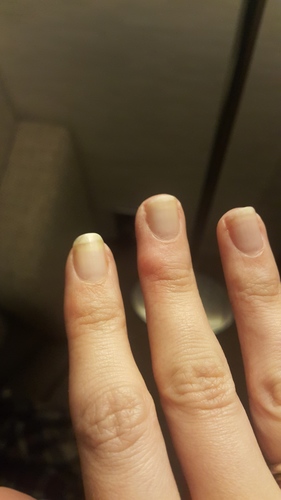 Obviously, it was time to put the pens away and start writing.

Two days of solid typing ensued. I listened to a lot of Aphex Twin, but hopefully that won't show. It's such a terrible truism that the hardest part of writing is the sitting down to do it. But I had literally nothing else to do and no-one to talk to so I got a full 10,000 words completed, including condensing the entire history of Rome from 753BC to the point Augustus became Augustus in 27BC into 2000 words. Take that, Edward Gibbon. And because I like you, and you deserve something for sticking around, I'm going to let my supporters have a look at that bit later.

Since getting back, the writing floodgates have opened and I've got down another 10,000 words while working my three jobs so I'm feeling terribly smug and terribly excited. I just hope I'm doing Agrippina justice.

A first edition of the paperback plus the ebook