Each of the stories in Address Book takes place behind a different front door, and each is told in a different voice. Here are four of those voices...

From the first story; the opening paragraph of the book—

Tomorrow, everything will be different. There'll be a brand-new care-team for me to head up—a brand new hospital whose corridors I'll need to learn how to navigate—and yet another set of protocols for me to get familiar with I'm sure. But tonight, here I am; seated in the middle of my living-room floor, surrounded by boxes and files, still procrastinating over what to take with me and what to leave behind. It's twenty past eleven, the moving van is booked for seven o’clock tomorrow morning—and here, between my fingers, is a small piece of thin blue paper.

When it first slipped out from between the pages of my old address book, I had no idea what this piece of paper was. But then, as soon as I unfolded it, I remembered everything. His handwriting; his address, and all eleven digits of his phone-number.

Arriving at the train-station, that August morning.

Giving an unfamiliar new address at some big posh sales desk on the Tottenham Court Road—telling the assistant there that certainly you'll able to accept delivery at the specified time; is that what it means, finally having a place of your own?

Or when the two men from the delivery-van take one look at you, and they see your check shirt and your number one crop and your eyeliner, and their faces slam shut—is that what it means, maybe? When their faces slam shut, because oh yes, they know what you are, they've read about you in the papers. When the older one says with that stupid straight-boy smirk of his, sorry mate, we're not allowed to do stairs—knowing full well that there's nothing you can fucking do about it. Or next, when you're wrestling a double mattress up twelve filthy flights of Victorian council-block stairs all on your own, when you're heaving it all the way up to the fucking sixth floor would you mind, with the dead weight of it making you sweat and stumble, with the dead weight of it making the polythene wrapping slide under your sweaty hands and making you swear fuck—and then next, when you’re manhandling the fucker in through your very own front door, sliding it across your hall and shoving and pushing it into your very own filthy and empty back bedroom—finally—and tearing the polythene off straight away with your bare hands, and then staring down at it, at this great big flesh-coloured thing, lying there all brand-new and naked-looking in the middle of your otherwise empty and filthy yet also very-own bedroom floor—the only fucking clean thing in here—and also at that moment hearing your breath still heaving from the effort of getting it up the stairs like you had actually just come or something. Or next, when the sight of it lying there starts to make you think about the future—and oh yes my darling, here it comes; here it actually fucking comes, the point; when the sight of this empty double mattress lying there on your actual, real and very-own back-bedroom floor starts to make you feel that the idea of the Future might be a real actual fucking thing for once in your dancing-queen life; and I mean, like not just some jerk-off or cinema fantasy for once, but for real; when, for instance, the sight of the mattress starts to make you think about having two pillows lying side by side in this bedroom—two pillows, lying side by side just like on everybody else's bed—just like in everybody else's real, actual lives; two pillows, side by side, with two actual, alive and breathing faces to go with them—side by actual side—well: is that it feels like?

When you're staring at a brand-new double mattress, and the sight of it is making you think about waking up next to somebody else not just one morning, but the next morning after that.

Well; is that it?

Is that what having a front door feels like, these days?

In the third story, which takes place behind that very same front door, but almost a hundred years earlier, another young man recalls the beginnings of an obsession—

On the morning of our first meeting, all was routine. The bell of St Peter’s awoke me as it always does, and then came the sound of the water-closet, followed by that of the faucet in the kitchen—my landlady Signora Galleatti is I am happy to say a great one for cleanliness, and the place always is spot-less. This, despite her having two children, both of whom sleep in the same room as we take our meals in, and a husband who works in a relentlessly filthy trade. My morning cup of coffee that day was presented to me as always, with a faultlessly snowy napkin, and the coffee itself was strong and freshly-boiled. I thanked my landlady in my usual fashion, and she laughed as always to have what she calls her Maestro Inglese address her in her native tongue. However—as always—there was to be no lingering at table; she had her day’s labour of starching and ironing to begin (the trade of laundress is almost ubiquitous amongst the wives and mothers here in The Buildings) and I had to be down our stairs and turning left onto the Clerkenwell Road at least ten minutes before seven. So far as I remember, I kept my time. I muttered my daily Dante—we were in the second circle of Hell that morning, with the wind-chased lovers—and as I reached the corner of Herbal Hill the Senior Boy was only just beginning to swing his hand-bell. I skirted the cluster of pupils who were jostling for admission, and exchanged a swift greeting with Miss Deacon (Miss Deacon is my fellow Junior; she teaches drawing and embroidery, to the older girls). I then hurried up the stairs to commence my labours. Perhaps—who knows—I muttered that day’s allotted lines from the Inferno again to myself on the stairs, just to make sure my tongue was primed: Amor, ch’al cor gentil, ratto s’apprende...

‘Love, that so harshly seizes the unsuspecting heart…’

But I run ahead of myself. Let me first describe our meeting.

The fourth story takes us to a very different council flat, in a tower-block in Hackney, and to the after-party of civil-partnership ceremony … involving the great-grand-daughter of Signora Galleatti—

The girls' living-room was chaos, by the end. Glasses everywhere, crisps walked into the carpet—and a destroyed-looking cake-platter standing all by itself in the middle of the living-room table, rimmed with the remains of some great cream and meringue creation which somebody must have made, but which nobody really wanted to eat. About half past ten or so, Dom faded away his last track, and then Xardine and I did our best to start persuading people to leave. We offered to help stay and clear up, afterwards, but you could tell that the girls really wanted some privacy now. Also, Alex had definitely had one drink too many, which was something I hadn't ever seen her really do before. I got my coat, and used the toilet, and then the very last thing that I did in the flat that night was to go back into the living room. I'd seen that somebody—maybe it was Alex, but I don't know for sure—had put that little wedding-photograph of the Galleatti’s back up on its nail, and before I set out for my bed I wanted to look her family in the eye for just the one last time. I wanted to know if those raw-looking expressions they both had were anything to do with what Alex had said to me out there in the hall. Not ready for what, I asked them, breathing all over their glass—but they kept very still, and said nothing.

In the story that closes the book, the address in question is that of a derelict house. Another mattress; another ceremony; another beginning—

It's August, and hot, and although the trees outside this particular bedroom are tall and shadowy, someone has still felt the need to screen what is about to happen in here from view; in order to achieve that, they've stretched a thin cotton Indian-print bedspread right across the window. You can still see where the hammer and tacks that were used to accomplish this task have been left scattered across the carpet. The room seems very still, after that particular noise, and the sunshine filtering in through the warm rust-and-black colours of the bedspread is turning its air into one ruddy, red-gold solid.

In the middle of this warm cube of colour, two men are standing facing each other across a bare and rather dirty-looking mattress. This mattress lies directly on the floor, with its head against a wall, and the men are measuring the distance it creates between them with their eyes. As it happens, they are both half-undressed already. They seem to have reached some kind of an impasse in their choreography for a just moment, but then—quite unexpectedly—the younger and slightly shorter of the two makes a very definite move; he stoops, unlaces his shoes, and removes his socks; he then shucks off his trousers and underpants in one smooth and beautiful gesture. The older man follows suit, but when the moment comes for him to slip down his own underwear he apparently feels obliged to turn around and present his back. Then he seems to pause for a moment, taking some apparently much-needed time to gather himself together before he turns around to face his partner. When he does turn, his body is visibly thinner than the younger man's, and more worn; you can see every one of his sixty-two years, even though the light in this room seems determined to be kind. Both of the men are sweating already, because of the day's heat.

The staring between them continues for some time, but then—eventually—something moves again. It is a hand, this time—and now the shorter of the two men, the bloodily-haired one, steps forward onto the mattress and places this reaching hand of his first on the other man's arm, and then onto his left shoulder. When he feels this hand, the older man smiles, but still only with half of his mouth. He closes his eyes. The redhead, sensing that he must proceed very gently, moves his lips and face forwards in order to plant the softest of kisses on the other man's mouth. This kiss seems to be a question; eventually—and quietly—it receives a reply.

Once down on the mattress, their limbs seem to fit together quite well. 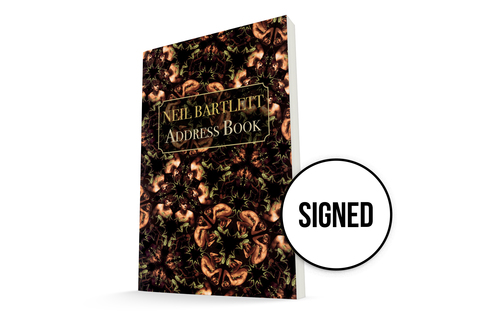 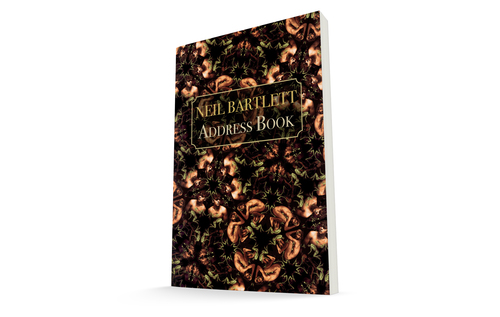