A Summer in the Islands 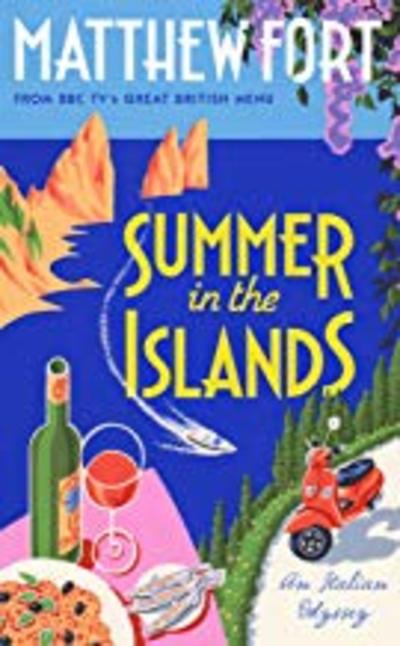 A Summer in the Islands

The scents of tomatoes simmering in hot oil, of salt and iodine, thread the air. A rumpled gold ribbon of sunlight lies in a single broad band across the darkening sea. There is the slip-slip of small waves against the harbour wall. I drain the last dregs of crisp fragrant wine and marvel at present delights and wonder how on earth I made it to...

Who hasn’t dreamed of a summer in the sun, of taking time out, of beachcombing, of drifting without restraint and responsibility from island to island?

When I was in my early twenties, I spent summers traveling around Italy’s Eolian islands, riding the ferries, with their cargoes of passengers and animals, cars and lorries carrying essential supplies. These vessels pottered according through the mauve and azure waters to those ports big enough to take them. The ports, themselves, were less bustling commercial centres than small villages crowded along the shore with a single quay.

Now I want to go back, to travel by ferry and by scooter, for the third of my voyages on a Vespa. Earlier voyages have taken me the length of Italy in Eat Up Italy (2005) and around Sicily in Sweet Honey, Bitter Lemons (2008).

This time I’ll to travel at my leisure to Elba, where Napoleon was imprisoned before being freed to begin his last hurrah that ended in the Battle of Waterloo; to Sardinia, where you find the finest bottarga, cured mullet roe, Fior di Sardo, a princely cheese and Canto O Tenores, a form of polyvocal singing; to Pianosa, on which particularly dangerous Mafia bosses were kept and which Joseph Heller used as the setting for Catch 22; to Capri where Maxim Gorky ran a school for revolutionaries and was visited by Lenin and Stalin; to Salina, famous for its capers just as Pantelleria is for its dessert wine; to all of Italy’s 52 islands that I have not written about before.

Each island has its own history and food culture to discover and explore and ruminate on. A Summer in the Islands will be the record of one carefree summer voyaging on a Vespa.