August zoomed by didn't it? Heatwaves and holidays. I spent some of it in the Outer Hebrides, which was nice as it was cooler than down South while still sunny and warm. You can see some photos from the trip on my blog here,  And it was fantastic to see A Murder To Die For nominated for two awards (shortlisted for the Dead Good Awards and longlisted for The Guardian's Not The Booker Prize). 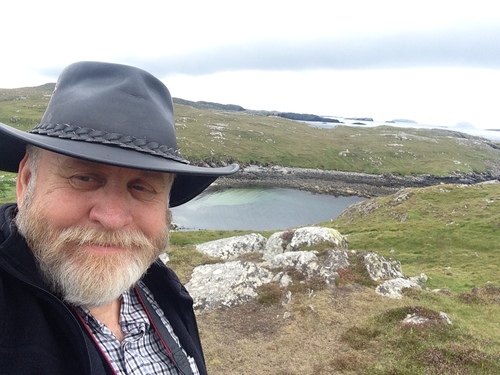 But now it's September, the kids are back at school, the tan is fading and real life has crashed through the wall and into my living room. Sadly, I'm having to face the reality that the sequel - The Diabolical Club - is going nowhere fast. Or, rather, ponderously slowly.

Perhaps I was lulled into a false sense of security by how well AMTDF was recieved? Perhaps I'm just naive. I thought that TDC would fund fairly quickly. The reviews for AMTDF have been very complimentary and, on Amazon and Goodreads, 99% of them are five star. People regularly post on social media how much they've enjoyed it and, as I said, it's been shortlisted for two awards. And yet, half the number of people who subscribed to AMTDF have plumped for the sequel. TDC hit 50% back in May and has since crawled just 6% towards its total. There are, undoubtedly, all sorts of good reasons for this and I can't be cross. Money is tight for many people and you lot have already been wonderful in supporting the first novel.

I am therefore forced to look at alternative options to get TDC out into the hands of those who have subscribed. You may well be one of them.

One of these may be to substantially reduce production costs. That may mean a change of cover artist and a less designed final product. It will certainly mean a drastic cut in promotional budgets, print runs and less availability in shops. But I am determined that my lovely subscribers will still get something over and above what the retail punters will get. How I do that is yet to be decided. But you deserve something extra for believing in me and the book.

So, discussions are afoot. Hopefully we'll find some way to make the book happen. I'm determined not to pull it from the Unbound list. It's a good book; personally, I think it's funnier than AMTDF and there are some great new characters to introduce you to, as well as some of the characters you already know.