I originally published this list in my Why Did The Policeman Cross The Road? shed. But it's just as relevant here. And, more importantly, I've found no reason to change any of my decisions. Unless you can give me good reason to add or replace a series, that is? Suggestions welcome!

You know that scene in the film The Break-Up where Jennifer Aniston shaves everything off in the shower and then, to the strains of the song ‘Who loves ya Baby?’ parades her ‘Telly Savalas’ in front of Vince Vaughn? I often wonder what Telly would have thought of that. He was Aniston’s godfather. I’d like to think he’d be cool. After all, bald, Greek, lollipop-sucking New York cop Theo Kojak was pretty damned cool. Or at least the coolest of the many defective detectives that proliferated in the silly Seventies when being a detective meant that you had to have something horribly wrong with you; people like Petrocelli who lived in his car, Ironside who used a wheelchair, Harry O who had a bullet lodged in his spine, and Cannon who was, well, big boned. Who loves ya, Blobby.

With their exotic knitwear, mildly amusing hairstyles, unsingable theme tune and that bright red car with the white go-faster stripe, David Starsky and Ken ‘Hutch’ Hutchinson were the undercover cops in the least undercover car imaginable. I’m amazed they ever caught anyone as their Ford Gran Turino could be seen from space. I’m also surprised that no one ever put out a contract on their regular informant, the flamboyant Huggy Bear, who must have ratted on every criminal in Bay City during the show’s 93 episode run. Apparently, he wasn’t a pimp at all. No sir.  All club owners dressed like that in the 1970s. 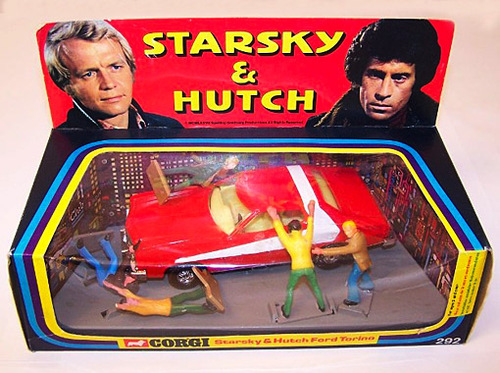 The Hoff and his talking car ... Impressive in the 80s, not so impressive now. My next door neighbour has a car that can park itself. And it doesn’t argue with you in a whining naggy voice.

Okay, so here’s the premise: God-fearing all American ex-sniper FBI agent gets into relationship with coldly logical and emotionally-stunted atheist palaeontological bone expert. Then, together with a millionaire conspiracy theorist, a sexy pathologist and an ex-hippy artist whose dad is a member of ZZ Top (no, really), they solve seemingly unsolvable and endlessly gruesome murders. But none of that, amazingly, is the most unrealistic aspect of the show. It’s the technology. These people can seemingly create CGI movies and facial rebuilds in a couple of minutes using what looks like an Etch-a-Sketch. Then they can project their work into thin air in a walk-around 3D form. Oh really? When I retired from the police force in 2010 they were still running on Windows Millennium Edition.

Take two millionaire playboys – one American and one British – and let them get on the wrong side of the law by smashing up a bar during a fist fight on the French Riviera. Then add a dodgy judge who offers them the chance to avoid prosecution if they’ll help him bring people to justice who've slipped through the net. What you then get is an entertaining if ridiculous excuse to have Tony Curtis and Roger Moore gadding about the world taking on crime lords, smugglers, fraudsters and drug barons. They would have saved themselves a lot of aggro if they’d just paid the court fines – after all, they could afford it. One of my favourite things about this 1970s series is what it was called when screened overseas. In Mexico it was called Dos Tipos Audaces (Two Bold Characters), in Japan it was Two Dandies’ Brilliant Adventures, in Sweden it became Snobbar som jobbar (Snobs on the Job), in Italy it was called Attenti a quei due (Careful about those two) and in Hungary the show became, bizarrely, Minden lében két kanál (Two buckets filled with brine). Nope, me neither. 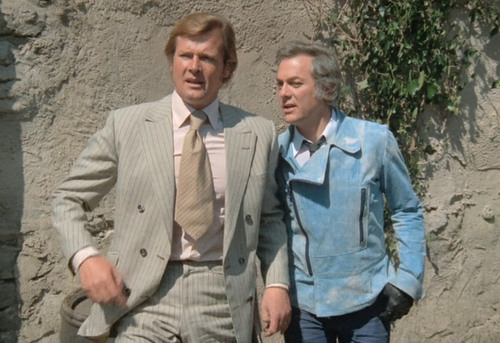 ‘Let’s build an entire series on a mildly amusing pun.’

‘We’ve got her off The Good Life with the nice bottom. And Ma Larkin from The Darling Buds of May.’

Dick Van Dyke is white-haired and moustachioed Dr Mark Sloan who occasionally fixes broken people in between investigating murders more properly dealt with by his police detective son, Steve. The Sloans also manage to rope most of Community General Hospital’s staff into their investigations leaving you to wonder who’s dealing with the patients. Originally a spin-off from another silly detective drama, Jake and the Fatman (featuring typecast obese guy William Conrad of Cannon fame), Diagnosis Murder went on to become a showcase for the entire Van Dyke dynasty. Apart from Dick and real-life son Barry who plays Detective Steve, most of DVD’s siblings, children and grandchildren have turned up on the show. Rumour has it that a Foetus Van Dyke appeared in a maternity ward scene.

I watched an old episode of this show recently in which the murder was committed by pegging someone out on his croquet lawn and bombarding him with his own wine cellar by way of a replica Roman trebuchet. Another episode saw Martine McCutcheon crushed to death by a giant cheese. Yet another had some poor sod die of electrocution inside a crop circle. Midsomer Murders is like a middle class British Twin Peaks with mad murders committed by madder people in a county full of people who must be mad to live there. If we assume that each series represents a year’s worth of murders and all murders are investigated by a DCI Barnaby of some description - Tom Barnaby (John Nettles) and, later, his cousin John (Neil Dudgeon) - then Midsomer county has an average murder rate of 2.6 per episode making it around 21 per year. Much of it is filmed near where I live in Buckinghamshire and Oxfordshire so if we also make the assumption that Midsomer is around the same size as Oxfordshire and has a similar population, the annual murder rate becomes 32 people per million. By comparison that’s about twice as bad as London and about the same as Chile and Latvia. I’m amazed that there are enough trebuchets to go round. 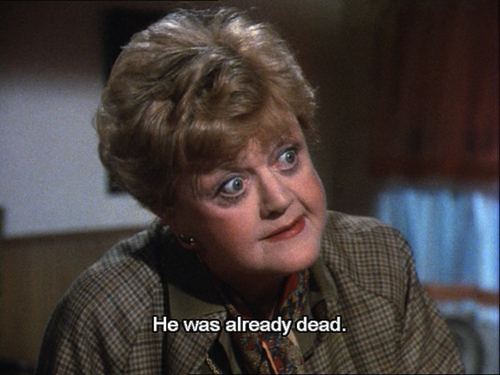 CBS, the network that makes this show, once told the New York Times that the population of Cabot Cove, crime writer Jessica Fletcher’s fictional home town, is around 3,500. Although she gets around a bit, Ms Fletcher solves, on average, around five murders per season in Cabot Cove alone. This makes the murder rate around 1,490 murders per million people. It is therefore OFFICIALLY the murder capital of the world and somewhere you NEVER want to visit. Saying that, catching the bad guy is pretty easy. As Mrs C pointed out to me, it’s always one of the guest stars and usually ‘someone who always plays bad guys’. She can sometimes guess who the murderer is before there’s even been a murder.

Personally, I would love to see a final farewell episode in which we discover that it’s been Jessica to blame all along and that she is the most devious and prolific serial killer of all time. I mean, hasn’t ANYONE noticed that there’s death wherever she travels? I can already see the closing credits … the tinkly piano theme music begins as the video of Angela Lansbury, gasping for air in the gas chamber, freezes and the credits roll.

And I've invented a game. What you have to do is watch an episode of Murder She Wrote and work out how Jessica Fletcher could have committed the murder(s) and framed the person who ultimately gets caught. I've tried it on a couple of episodes now.

She really is very clever.