No news to report book-wise as I'm still waiting to hear from my editor so I thought this week that I'd talk about comedy films.

I recently wrote a blogpost and inaugurated a Facebook discussion about comedy films and what the Top 10 would be. It turned out to be a fascinating discussion.

Having hunted around the net to look at various lists posted by magazines and websites I was surprised to see that very few entries came from the 21st century. Of course, a mere 16 years can't hope to compete with the wealth of films produced during the 20th century but I was still surprised to not see any in the Top 10. Oh, incidentally, the films that most commonly turned up as Top-Tenners were:

Monty Python's Life of Brian, Airplane, Withnal and I, The Great Dictator, This is Spinal Tap, Annie Hall, Groundhog Day, Way Out West, Dr Strangelove and There's Something about Mary. Not a single post-millennial among them.

My own Top 10 isn't too different:

There's something about Mary, Monty Python's Life of Brian, Dead Men Don't Wear Plaid, National Lampoon's Animal House, Monty Python and the Holy Grail, Kind Hearts and Coronets, Withnail and I, Trading Places, This is Spinal Tap and Towed in a Hole.

That said, I love any good comedy and trying to distill the entire canon down to a list of 10 was painful and nigh on impossible. 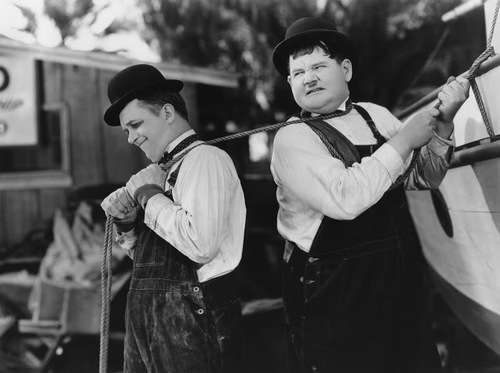 In the course of the discussion I asked two basic questions: (1) Are there any films made post-2000 that will be considered comedy classics in decades to come? And (b) Are we making as many good comedies today as we used to?

The replies reminded me of SO MANY films that I really need to watch again. Among the list of post-millennial films that people think will become classics were:

Borat, Sean of the Dead, Napoleon Dynamite, Anchorman, Dodgeball, Idiocracy (although that one's feeling more and more like a documentary every day ...), The Royal Tenenbaums, Oh Brother Where Art Thou, Zoolander, Hot Fuzz, Spy, In the Loop, What we do in the Shadows, Sideways, Best in Show ... and there were many more.

Perhaps the 21st century isn't the comedy desert I was afraid of it becoming?

The subject of nostalgia came up when we discussed why so many 20th century films made the list. Naturally, it's going to be an influence. People still love the Carry Ons despite their crassness, sexism and saucy seaside postcard humour. The films even get a free pass when it comes to casual racism - including Kenneth Williams and Bernie Bresslaw blacking up - that isn't extended to shows such as It Aint Half Hot Mum and Curry and Chips. But are they classics (none made the 'Top' ists) or is our love of them solely due to remembering how we laughed back in the day? Do younger people 'get' the Carry Ons? I recently watched a 1998 documentary called Carry On Darkly in which the late film director Ken Russell says, "We're living in a fantasy world in England and it's time that we woke up and really looked the Carry On films right in the eye and say 'This is crap. Dump it. We can do better things. This isn't British heritage. It isn't Stonehenge. It's crap.' Why don't we stand up and say it's crap and then forget it?" It put me in mind of something Terry Jones once said to me: 'People don't realy want the Pythons back together again, or The Beatles, or ABBA. They just want to feel young again'. 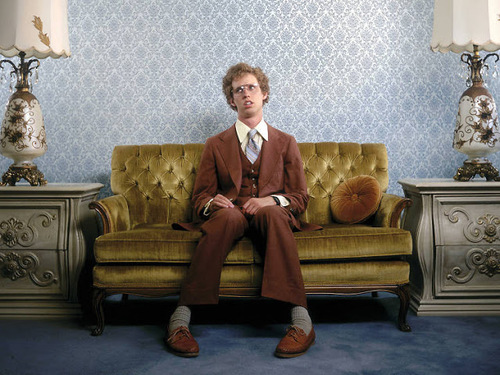 Personal taste comes into people's choices too of course. Comedy is a very subjective thing, just like art or music. Films that some people suggested to me as future classics were hated or considered overrated by others and vice versa.

And as for the second question of whether we're still making the same number of good comedies these days, the answer seemed to be a resounding no. However, as many pointed out, comedy has snuck into many other genres where, traditionally, it played no part. There's a lot more humour in science fiction and superhero films these days - think Guardians of the Galaxy for example. Or Ant Man. And there are a lot more comic romances and comic thrillers and comic spy movies. (The same thing has also happened in comedy novels as I've discussed in a previous shedpost here).  The comedy is there but it's spread more thinly across a wider variety of films. But there are definitely fewer 'mainstream' comedies of the Home Alone, Trading Places, Uncle Buck variety although animated films have really upped their comedy quotient and have filled that void to some degree. Adults and kids alike can enjoy them and Megamind, Shrek and The Incredibles are a damned sight funnier than Dumbo or Cinderella.

Slightly surprised (well, amazed) that "Some Like it Hot" wasn't in the mix. Ho hum.

In no particular order (to force me would be cruel and unusual treatment!)

Bonnie Scotland (If the cooking the fish scene doesn't make you laugh there's something wrong with you!)
Way Out West (the boys bestest)
Mr H Is Late/Rhubarb Rhubarb (their shorts so 2 count as 1 pick :D )
The Intelligence Men
Dirty Rotten Scoundrels
Absolutely Fabulous - The Movie (ooh modern! fancy!)
Carry On ( Sergeant Major (the first and the bestest) if I have to pick one)
Ealing Comedies (School for Scoundrels if I have to pick one)
St Trinians Quadrilogy (Belles Of ... if I have to pick one)
Anything with Terry-Thomas in it (Those Magnificent Men if I have to pick one ... or maybe Make Mine Mink ... no The Naked Truth ... wait Kill or Cure ... strike Anything make it EVERYTHING).

I love your choices but I would have to have had, Blazing Saddles, Young Frankenstein or The Producers in the list somewhere.

Some lovely films there :)