It won’t be apparent to you at the moment but, once you get your mitts on a copy of A Murder To Die For, you’ll see that many of the characters sport unusual surnames. This is no accident.

I love names. And names are important when you’re creating characters.

Imagine, for example, if Ian Fleming had decided to name his most famous creation Trevor Lillicrap instead of James Bond. Now, there’s nothing wrong with Trevor Lillicrap; it’s a perfectly respectable name. But does it sound like a spy’s name? If it doesn’t, you might argue that it’s because we’ve got used to the name James Bond. But if you were writing a spy thriller tomorrow would you call your womanising, hell-raising, licence to kill character Trevor Lillicrap? Or Colin Bamforth? Or Peter Tubby?

A name can work as a kind of shortcut for the reader. Rightly or wrongly, we associate certain names with certain characteristics and traits. If I write a name – say, Pamela Utterthwaite – you’ll form an impression of what Pamela looks and sounds like. If I call her Nikki Crick or Amelia Courtnay-Huskins you’ll form different impressions. Partly, this is due to a kind of mild synaesthesia, a curious blending of our senses, that affects us all. It means that our brains merge sound and vision.

For example, which of these characters is called Bouba and which is Kiki? 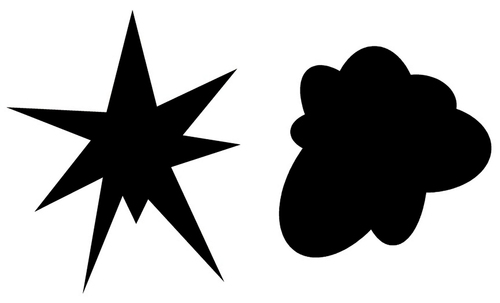 Chances are that you’ll have picked the name Kiki for the spiky figure and Bouba for the blobby figure – 99% of people do, wherever they are from in the world and whatever language they speak - because the names ‘sound’ spiky and blobby. Some scientists believe that this facility for ‘seeing’ sounds may have helped to kickstart the evolution of language.

Picking the right names for your characters is one of the fun parts of writing. You can take a kind of nominative deterministic route – picking a name that in some way reflects the person’s character – by creating a killer called Butcher or a sex worker called Gotobed or a torturer called Payne, but that is a little obvious. You can also reference other people or characters that inspired your character, like Dan Brown did when he named Sir Leigh Teabing in The Da Vinci Code; the name is a semi-anagram made from Richard Leigh and Michael Baigent, the authors of Holy Blood, Holy Grail, the book that influenced Brown’s plot. And the name of Hugh Laurie’s hugely popular TV character House is an homage to Sherlock Holmes due to the nature of his deductive reasoning. The character even lives at 221B Baker Street. .

Because my book is set in a fictional village in a fictional county that is quite old-fashioned and olde-worlde, I deliberately set out to find lovely old English surnames, particularly ones that aren’t so common these days. And I found some wonderful examples: Crantlemain, Tradescant, Wilderspin, Handibode, Nithercott. There’s something lovely about the way that three syllables roll off the tongue: Horningtop, Cockering, Berrycloth, Pomerance, Gawkrodger.

Of course, they weren’t all three syllables long; I also found Shunters, Stotts and Greelys, Feblands, Sallows and Raynotts. I also employed a theme of using names that defy conventional pronunciation. It's a lovely British quirk that we pronounce Marjoribanks as ‘march-banks’, Chalmondeley as ‘chum-lee’, and Featherstonehaugh, bizarrely, as ‘fan-shore’. Another famous one is Menzies, which, as this limerick cleverly shows, is pronounced in a most counterintuitive way:

Inquired: "Do you know what this thenzies?"

Her aunt, with a gasp,

And you're holding the end where the stenzies.”

The result is that my fictional county of South Herewardshire should properly be pronounced as ‘hur-wurd-shur’ and the town of Bowcester, which features in the book, is pronounced as ‘boaster’.

I delight in finding interesting names and I often find them in books and history documentaries. Occasionally I find them in real life; on one particular day in the 1990s when I was still a policeman I met two neighbours engaged in a bitter dispute over the position of a fence. They were called Boggis and Sparrowcock. What a fantastic buddy cop movie duo they would be. Another favourite source is churches; I may be a humanist but I can’t deny the beauty of these buildings and I love wandering around them, reading the memorials and the headstones outside in the graveyards. We filmed part of the promotional video for A Murder To Die For in Bradenham, Buckinghamshire near where I live, and I found these crackers in the churchyard of St Botolph’s (another great name): 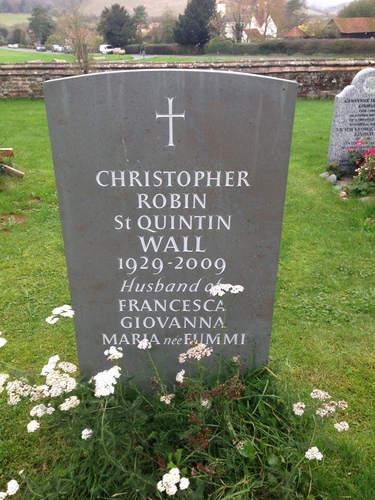 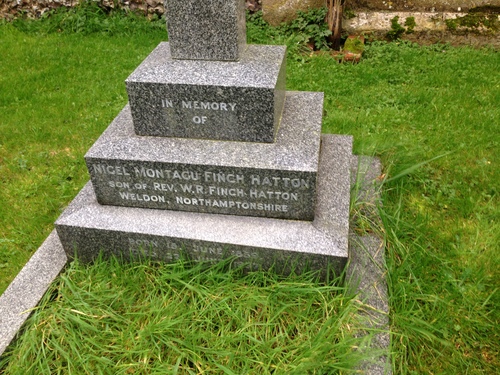 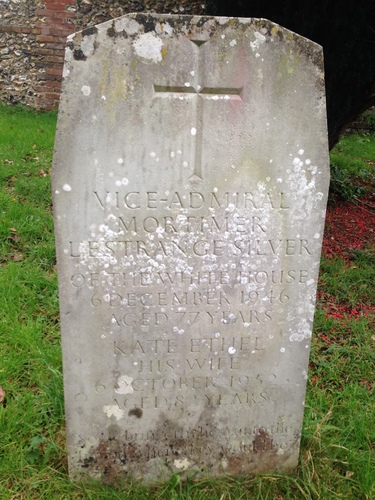 There’s a kind of poetry to some names isn’t there? And, who knows … one day I may use some parts of those names in one of my future novels.

Have you come across any fantastic names? If so, leave a comment and share them on here. I’d love to hear them. :D

Oh, no I forgot one. A friend of mine had to contact a senior soldier at a local barracks to attend a party for his father. His name was Horseflesh. So he phoned, asked for him, was put through by the receptionist and was greeted with "It's hoe-flay goddammit. Hoe-flay!"