The kindest cuts are worth making

As I sit here, just having passed the 30% funded mark, I find myself in a pretty good position.

I first pitched a comedy novel to Unbound around August last year. I'd finished the manuscript. They read it. They liked it. And they said 'Yes! Let's make a book!'

When I went for my first planning meeting with Mat and Phil at the Unbound offices, something odd happened. We discussed the novel. We threw around some titles. We discussed strategies for crowdfunding. And then one of the guys said, 'Do you see this as a one-off or are you planning more?'

I replied, 'Actually, I have at least three planned that all take place in fictional South Herewardshire towns and villages and some of the characters cross over between them.' I then explained the plots for Books 2 and 3.

'We want Book 2 first', they said. Possibly in unison.

It came as something of a surprise as Book 1 was complete, whereas Book 2 was barely started and Book 3 was just an assemblage of notes and ideas. But they made a strong case for running Book 2 first; the book now called A Murder To Die For.

This is, after all, my first proper foray into fiction. Yes, I've written fiction before. But this is a novel that's going to be aimed at the mass market, the great reading public. And the toughest part of getting people to buy and/or read your book is ensuring that they know it exists in the first place. Marketing is vital. Exposure is paramount. You have to get your book into the public eye. Therefore, the wider the range of readers you aim for, the better. And murder mystery detective fiction is hugely popular so that's a good area to be working in. There are crime festivals, detective novel book clubs, fan magazines and all sorts. Plus, the fact that I was a police officer for 30 years adds interest which could mean interviews, radio spots and appearances at literary festivals and other events. So it makes perfect sense to run with this as the first novel and, if it goes okay, to run what was Book 1 as Book 2. 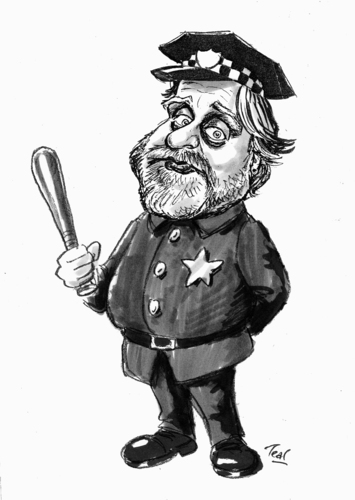 I believe that Unbound made the right call. But, of course, it did mean that I now, unexpectedly, had to write a novel .

As it happens, I did already have it all plotted out so it wasn't as hard as it might have been. I got my head down and went at it like a demon and, by Christmas, I had a first draft. And that, my friends, meant that the hardest part was done.

The man has nailed it exactly. The first three steps are tough, which is why most people who say 'I think I might write a book one day' never do. But once you get to the end of Step 3, you've broken the back of the book. Now the fun begins. 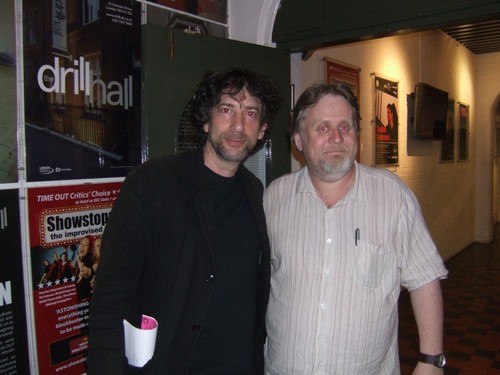 I did a major review of the first draft just after the New Year and ended up with a second draft that was tighter, leaner, funnier. I also passed copies out to friends whose opinions I trust and who I know will tell me honestly what they think.

I'm now moving onto Step 6, armed with pages and pages of criticisms, comments, notes, corrections and new ideas. Some of the changes I'm going to make in Draft 3 are drastic: I'm dropping several characters; I'm renaming two of my main players; I'm losing two entire chapters; the cuts are quite severe. However, I'm also adding a ton of new gags, tortuous plot twists and slapstick moments.

The third draft will be very different from Draft 1. But it will be a much better book.

Of course, I'll have to stop revising eventually. Neil says that seeking perfection is like 'chasing the horizon'. It is. You can tweak something ad infinitum but that isn't very practical. I'll have to stop at some point if, for no other reason, because you'll never get your books otherwise. I've always liked the quote: 'A work of art is never finished, only abandoned'. Whoever said it knows their onions.*

But we're only 30% of the way there and, unless there's a sudden, massive spike in funding, there's plenty of time for me to produce a few more drafts yet.

What I can promise is that, with every iteration of the book, it will get closer and closer to the book I want you to read and enjoy; and the book you deserve for your patience and kindness in pledging your hard-earned money towards making it a reality.

* Some attribute this quote to Leonardo da Vinci. Others to Picasso. It wasn't either. There is a curious phenomenon that exists whereby a quote that can't be pinned down to a specific origin will eventually migrate towards a person of note and become attached. It's called 'Churchillian Drift' (coined by Nigel Rees) because people like Churchill, Einstein, Franklin et al usually end up with them. As far as I can see the closest to this particular quote is something said by the poet Paul Valéry: 'A work is never completed except by some accident such as weariness, satisfaction, the need to deliver, or death: for, in relation to who or what is making it, it can only be one stage in a series of inner transformations'.