Yes, here we are, exactly two weeks away from publication day and I thought I'd better do a quick update.

First things first, I desperately hope that you all now have your special editions of A Murder To Die For. It's been a painful experience getting this b*gger out into the world but I think we're just about there now. However, if you've still not recieved your copy please let me know and I'll chase the guilty parties. It's not Unbound's fault; the problems lie entirely with the distributors who have been prodded with pointy sticks to gee them up.

Secondly, those of you who pledged for the tour - you've not been forgotten! We're going to split it over two dates probably in April when the weather gets a bit better. Less mud, more pub beer gardens.

Thirdly, for those of you who pledged at launch party level - we're on it. The difficulty has been finding a venue that's big enough and is accessible (and affordable) and has a bar. We think we've done so ... and I'm just trying to figure out how to stage a murder-mystery themed evening with so many people. When I set that level of pledge I expected a handful of you. But HORDES of you went for it! Rest assured, we'll figure it out and we're looking at March. We think. More news as it comes.

Fourthly, contracts are now signed for the audiobook and large print editions. The audiobook is being recorded in April and should be avaiable in May/June. And I'm delighted by the choice of celebrity reader. Reveal coming soon!

And, finally, later today or tomorrow I'll be launching the campaign to fund the sequel book: The Diabolical Club. I had great fun filming the promo video with Rabbit Island Productions on what was a cold and foggy hilltop by the Dashwood Mausoleum and Hell Fire Club Caves in West Wycombe. 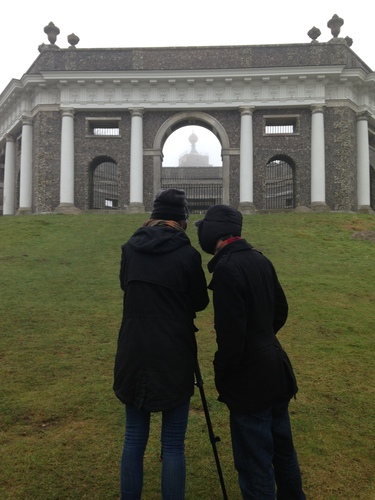 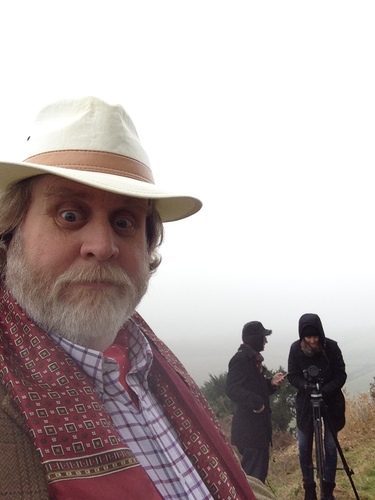 Remember, if you haven't got your book yet - tell me! Leave a comment or grab my attention on Twitter or Facebook or email me at stevyncolgan@gmail.com.