Ring in the New, to Hell with the Old

After hearing of Carrie Fisher's death yesterday, I reached for my ever-so-precious copy of Wishful Drinking that she signed for me when we had her as a guest on QI two years ago, and started to re-read it. 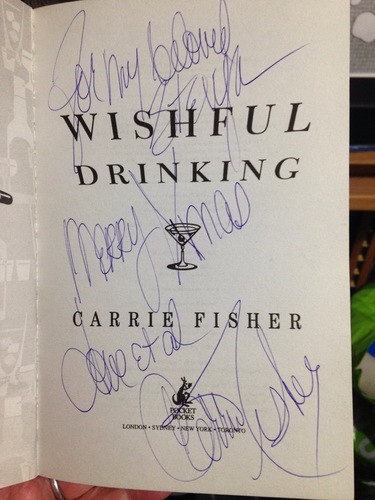 It's not a big book and it took me just an hour. And, when I'd finished, I felt re-invigorated. It's the candid, smart, sometimes sad and occasionally very funny story of her journey through Hollywood childhood, addiction, mental illness and personal tragedy. It's brilliant. And, towards the end, she says ... 'Many of us only seem to be able to find heaven by backing away from hell'.

For a lot of people, 2016 felt like hell. I'm lucky that I wasn't one of them. I had a fairly easy ride compared to many. But I didn't escape unscathed. I don't think any of us did. Some personal issues, the continuous bad news stories in the media, the deaths of personal heroes (one of which I knew quite well), the stupidity of Brexit, the rise in blatant racism and homophobia, Donald cocking Trump ... it all left a bruise on my soul.

But 2017 is hoving into view around the headland and, even though logic tells me that years and months and days are just arbitrary labels created for our convenience (a badger doesn't know when it's St George's Day), I'd like to think that better times are ahead. Yes, there will still be lots of celebrity deaths - as a friend of mine wrote recently: 'That generation of stars garnered more attention because there were only a few television channels and radio stations. These people were loved by millions whereas today's celebs are loved by fewer in more niche choices. Plus today's celebs will live beyond their 70s while our heroes are dying of preventable diseases as a result of the excessive drinking and smoking and drug taking that today's celebs have no interest or time to indulge in. They have more sense and education and had healthier childhoods.' And, yes, the world of politics may become even more fraught. But, as the Queen said in her Christmas speech this year, while one person may not be able to change the world, the collective power of millions of people all engaging in acts of kindness, being positive and making their voices heard can make a huge difference. 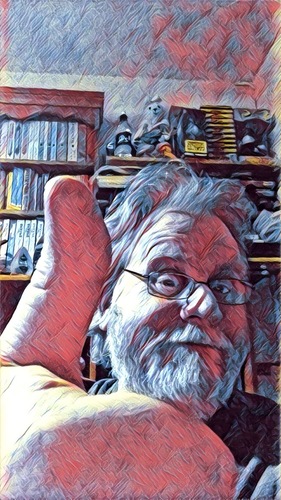 So I'm going into the new year with the aim of being kinder, more generous, more positive. And I'll try to bring a little more laughter to the world. I'm already hard at work on researching and writing the next 'O Series' of QI. And all you lovely subscribers will get your posh special edition copies of A Murder To Die For in the autumn (or sooner) while the rest of the world will have to wait until spring 2018. I'm also turning the book into a screenplay for a four part comedy drama and will be pitching it around my contacts in TV. My agent will be doing the same. Imagine, if it gets made, it'll be YOU who made it happen by starting the ball rolling with your pledges. And, of course, you'll be able to hold up your special edition copies with well-deserved smugness when it hits your screens.Ah, we can all dream can't we?

I also have a second comic novel written and ready to go and a third well underway. So that's my 2017 sorted.

I hope it'll be a GREAT one for all of us.

Have a safe, prosperous and very very happy New Year.

And the very best in 2017 for your goodself. Sadly I have been one of those who have been hit by personal sadnesses as well as the the more public ones.
Above all I wish you a successful and creative year so you may continue entertaining us.
Bless you, Sir.