My top sitcoms ... and explaining the long wait

The death of Andrew Sachs this week has made me reach for the Fawlty Towers boxset and enjoy its cripplingly funny farce all over again. And it's made me realise something. I write literary sitcom.

Sitcom is, as you know, 'Situation Comedy', which centres around a fixed group of characters who carry over from episode to episode. And it's not confined solely to TV; you can have radio sitcom of course, or podcast. So why not literary? Take Tom Sharpe's five Wilt books, or Douglas Adams's Hitchhiker series or Terry Pratchett's Discworld for example. They all involve many of the same places and characters. I'm doing the same with A Murder To Die For. I've written a companion book and I'm mid-way through a third, and they all share certain characters and locations. So that's a sitcom right? 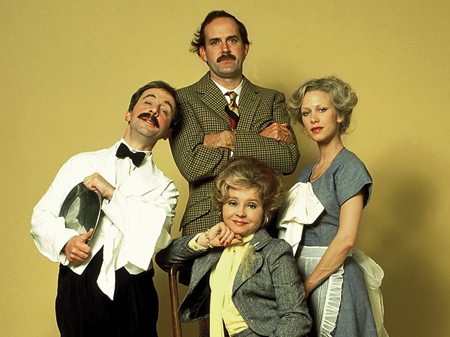 On the subject of A Murder To Die For - some news. The scheduled publication date has been set by Unbound as Spring 2018. Now, I know that seems a long way off (and it is), especially as the book is written and funded. But, as subscribers, I'm told that you are likely to get your special edition copies around this time next year in time for Christmas, which is nice. But why does it take so long? Let me run you through it ...

My first draft of the manuscript is now at Unbound. I'm happy with it ... but that doesn't mean that it can't be improved. Nor does it mean that I haven't made any blunders with the plot. When you write a book you get very close to it; so close, in fact, that you sometimes can't spot the obvious. Plus, you know all of the characters and the story. Sometimes you can forget that other people don't know either as well as you do and you might forget to include some description or necessary exposition. That's where a good editor comes in. Your editor goes through the book with a fine toothed comb, checking the timelines, examining the characters, querying the plot. And, once they're done - and that will take a few weeks if they do it properly - the novel comes back to you with notes and suggestions of things that might need a tweak. You then write draft Number Two .. and go through the same process again. I've been lucky in that I've never needed to go beyond a second draft but I do know some authors who have gone through this process six or seven times. But it's worth it if it means ending up with a better book. 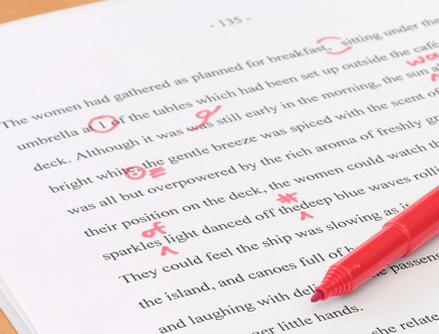 Eventually you arrive at a final version. You then have to get it proofread for typos, spelling mistakes, grammar issues and inconsistencies. Meanwhile the work of cover artwork, layout, font choice, design etc. starts. Once all that is done the book can be typeset and 'galleys' produced; copies of what the final pages will look like. The writer, editor and proofreader can then go through the galleys to make sure the book is as good as it can be and then, once any last-minute changes are made, the book can go to print.

That whole process can take around five to six months and, especially with the Christmas break in the middle, and the fact that my book is one of many going through the Unbound process, it means that we'd be unlikely to get the book out for Spring 2017. And, that being the case, we miss the very best time of year to sell a new novel. Buying tails off throughout the Summer  and Autumn and Winter is non-fiction book time. People don't buy novels as Christmas pressies. They buy their family and friends celebrity autobiographies, celebrity cookery books, TV tie-ins and small humour books. If I was J K Rowling I could release my books any time of year and be guaranteed sales. But I'm not and, though it's frustrating and a bit deflating, Unbound wants to release my book when it stands the very best chance of selling a few copies. And that means a wait for us all, sadly.

These kinds of waits aren't unique to Unbound. My first book, Joined-Up Thinking, was published by Pan Macmillan and it took 18 months from submission of first draft to publication. The difference is that people who bought that book paid for it after production; in fact they didn't even know it existed until it was in the shops. The Unbound model is transparent so the subscriber is privy to the process and all the 'back room' stuff that goes on to make a book. It means that you're aware of the wait ... but it's not all bad news. It means that we're able to have these chats. And I'll do my best in the months ahead to keep you all entertained by posting cover art when I get it, the occasional exclusive short story, some competitions and some shedposts you might find interesting.

Oh and my Top 10 sitcoms? Here you go, in no particular order;

The League of Gentlemen

What would be yours?

As well as most of your choices, I would have to include:
M*A*S*H
Dad's Army
Porridge
Steptoe and Son
Only Fools and Horses
Open All Hours (Original Series)
The Young Ones
The Liver Birds
Butterflies
Yes Minister
All the Blackadder Series
Hitchhiker's Guide... but I realise that would take me way beyond a top 10!

Tough to narrow it down but mine are,
The Young Ones
Blackadder goes forth
Bottom
Fawlty Towers
Father Ted
Filthy, Rich and Catflap (not as funny as I remembered it though when I recently rewatched, but loved it at the time.
The League of Gentlemen
The It Crowd
I'm Alan Partridge
The Trip

Comedy is such a personal thing. You could ask a hundred people for their Top 10 and get a hundred different lists. Same with taste in films, art, music, food ... we really are all individual and unique :)