It's all gone Biblical

Hello Shedfolk! Well, the weather is gloriously balmy, we've scooped a few medals at the Olympics and I've just done a run of appearances promoting my last book and pimping this one. I've been at the Latitude and Wilderness festivals, done talks in Farnborough, Oxford and Cardiff, and I've appeared on the Level-Up Human podcast and the Ex Libris live panel show. I've also hosted the pilot for a possible chat show. Oh and I had a birthday too on the 11th.

Coming up next I have an exciting three days in Berlin speaking at Hybridcof next week and a short holiday in Scotland. Then it's QEDCon in Manchester and talks in Glasgow, Cheltenham, London and Nottingham in the near future. Busy busy busy!

And the book is at 72% funded. Nearly three quarters of the way there. Yay!

Today I thought I'd share a few thoughts on the novel writing process, in particular the issue of continuity. 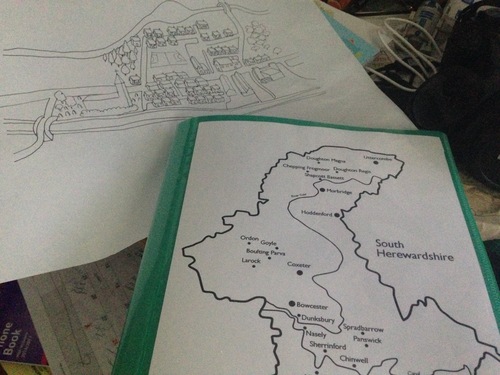 A Murder To Die For is set in a little village called Nasely which exists in a fictitious county called South Herewardshire. In order to make sure that the geography of the village works throughout the novel, I had to create a map. This ensured that when someone turns left out of X street into Y street, it works. Curiously, once I'd drawn the map it immediately suggested a few changes to my overall plot. The map helped immensely. However, at the centre of the novel is a fictitious writer called Agnes Crabbe who lived all of her life in Nasely and set all of her books in a fictitious village called Little Hogley, modelled closely upon Nasely. Therefore, for my own peace of mind, I also had to create a map of Little Hogley because when the fans visit Nasely for the annual crime fiction festival they seek out the real locations upon which Crabbe based her fictional ones.

I also had to draw up a map of the county so that I could be accurate when describing distances and directions when the characters move about. 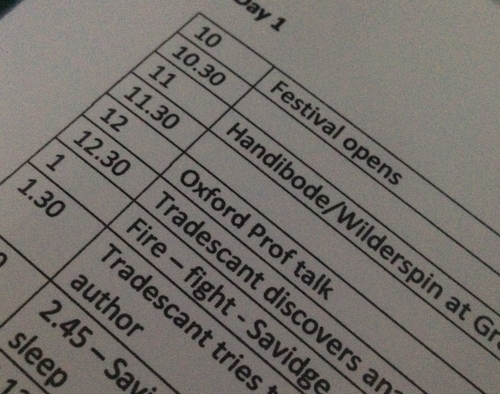 This will be familiar to many writers. What I've made is a 'Bible' for the book. It's my go-to place for fact-checking and continuity. In my AMTDF Bible I have maps, lists of characters and character biographies (if necessary), and a timetable of events to ensure that things happen in the right sequence. I even created a publication list of Agnes Crabbe's books so that I could refer to certain plots and characters throughout my book. My bible became a large and very comprehensive guide.

However, a note of caution here ... creating a fictitious world for your book to exist in is sometimes a lot more fun than the physical task of nailing 80,000 words to the page. It's very easy to be seduced by the Siren call of invention. And I have met people who have spent months developing their characters and personal histories without writing a single word of their novel.

But the bible is an essential, especially when you're writing something as complex as a multi-character murder mystery with lots of plot twists and turns.

This month, try to see if you can persuade just one person to subscribe. If we all did that the book would be funded in days!