IT'LL BE COMPETITION TIME FOR MY SUBSCRIBERS!

It's not every day you get to live on a real life 'Cluedo' board. But, this past week, I did just that.

I've just spent seven days at Barscobe House, a large rambling country house in Balmaclellan in Kirkcudbrightshire, Scotland. The house was very remote - the nearest town of any size is Castle Douglas 15 miles away - and set in 800 acres of farmland and deep dark Douglas Fir forest. It even had a 17th century castle within the grounds and its own small loch, rivers and waterfall. The view from the house was amazing; a gorgeous rolling landscape with the Glenken Hills in the distance. 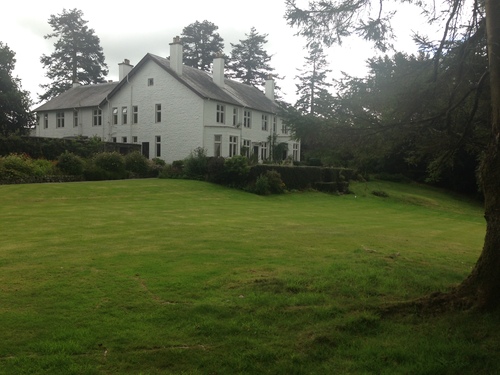 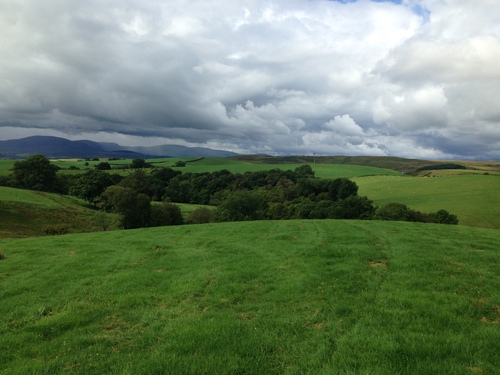 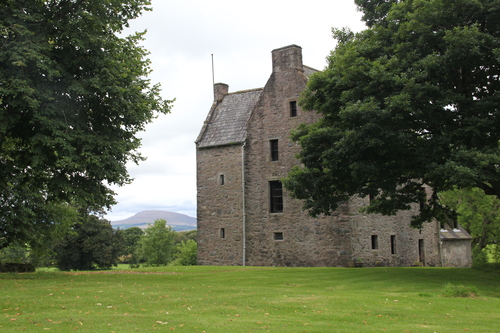 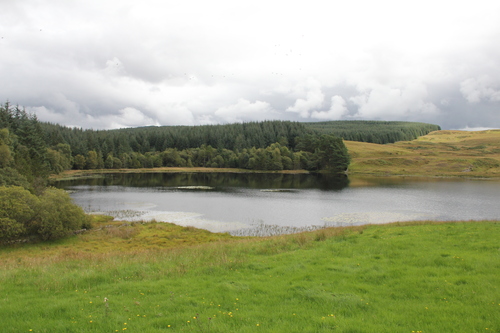 There were 14 of us, all good friends, staying in the 11 bedroom house but we didn't bump into each other unless we were in communal areas such as the lounge or kitchen because the place was so huge. A floor plan looked just like the Cluedo board. On the ground floor there was a banqueting room, kitchen, scullery, cold room, billiard room, library, TV room, children's play room, cold store, boot room and even a small pub. Upstairs, which you got to via the servants' back stairs or via the grand staircase and minstrel's gallery had bedrooms and lots of bathrooms. It's really hard to get the scale of the place from the photos but just the main lounge/billiard room had a bigger footprint than my entire three bedroom house - and I don't have a small house. 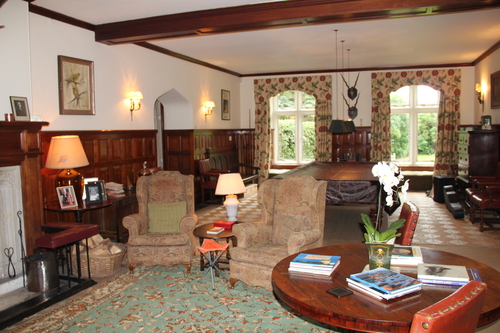 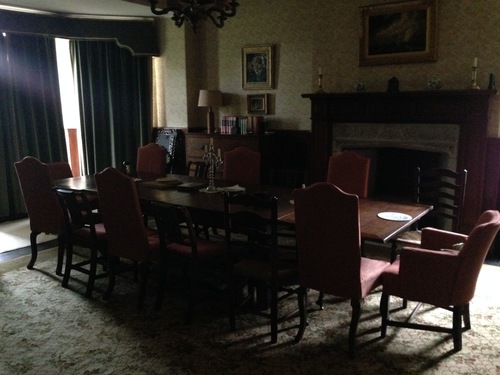 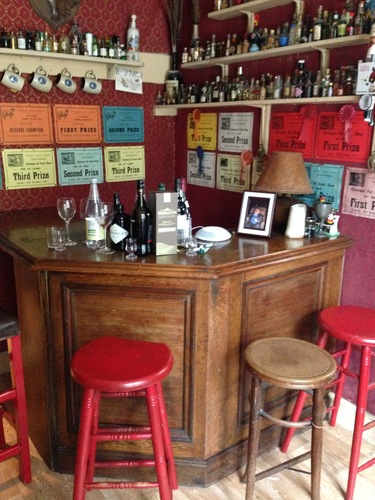 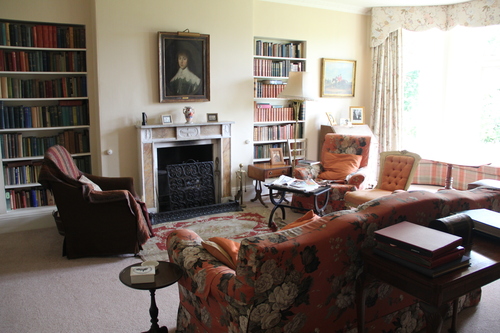 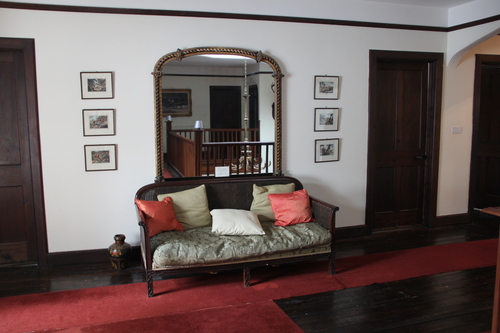 The house previously belonged to Sir Hugh Wontnor, former chief exec of the Savoy hotels group and once Lord Mayor of London, and it's like he's still there - every drawer, bureau and gewgaw box is full of personal items such as spectacles, personal correspondence and other such things. It was an amazing place for a budding murder mystery writer to stay in and I soaked up the atmosphere (and the Scotch, of course), especially in the evenings when we'd all gather around the great fire.

'I've gathered you all here together tonight because one of you is a murderer ...' 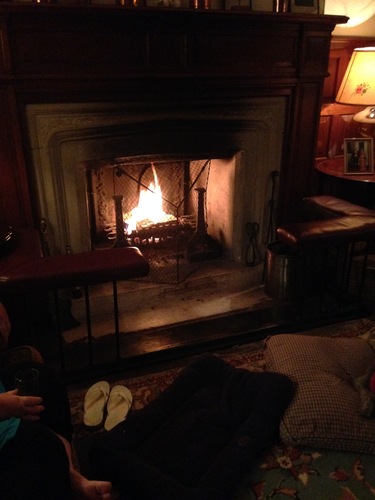 I did a few road trips out to the coast and to various castles, to the New Galloway Forest and to Wigtown - Scotland's Hay-On-Wye - a town ful of book shops where I picked up some nice first editions. 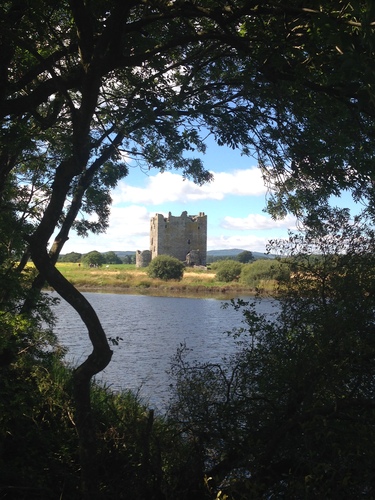 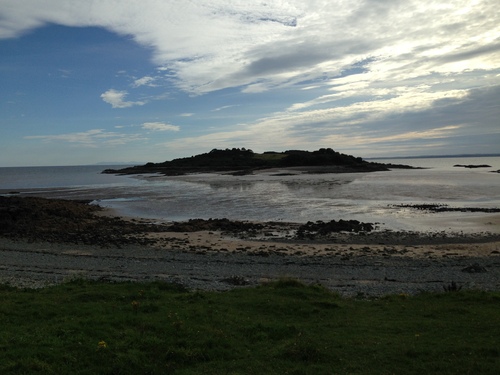 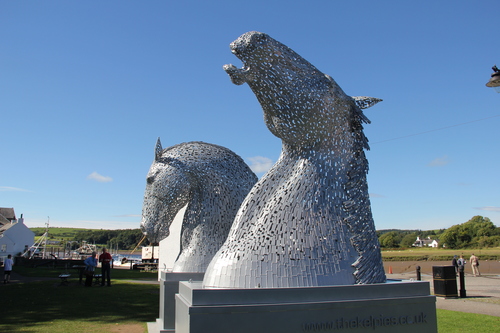 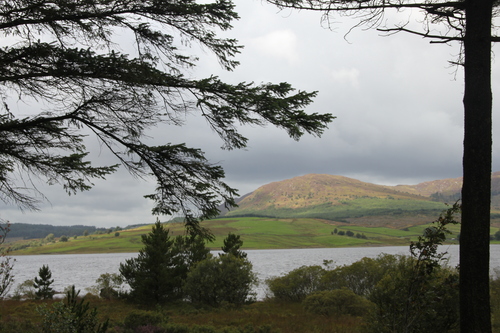 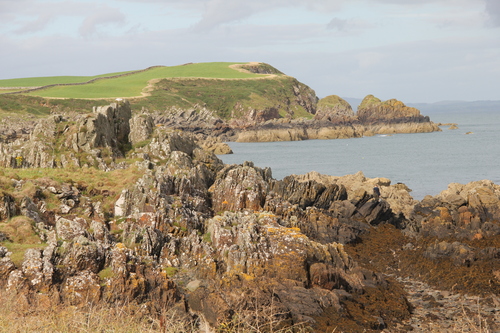 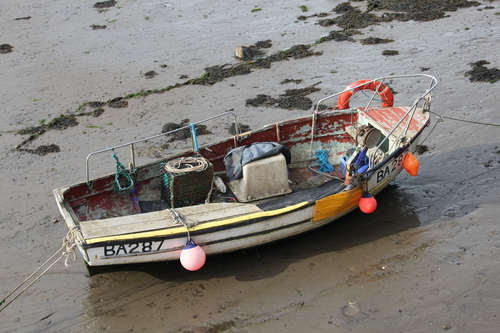 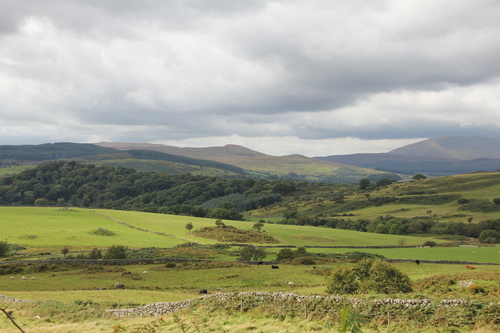 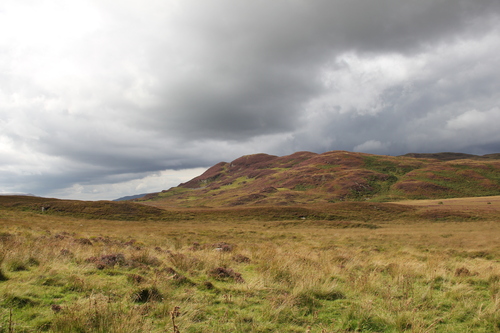 A perfectly amazing week. I am hugely inspired.

AND YOU'LL FIND OUT JUST HOW INSPIRED WHEN YOU SEE THE COMPETITION I'VE SET FOR WHEN I REACH 75% FUNDED ... :)

Are they the Kelpie maquettes?
I saw The Kelpies in the Helix Park in Falkirk on a sunny, blue sky day in August and was blown away by their size. I imagine they can look very different under a stormy sky.

Fabulous part of the world! Where I spent some of (misspent) childhood!

Alison - They are indeed! Not nearly as big as the Falkirk ones but impressive all the same. They're on the quay at Kirkcudbright.

John - Gorgeous. I've visited a lot of Scotland but this area was new to me. Utterly beautiful.