I do apologise, I just farced

Farce (noun) - A comedy that aims at entertaining the audience through situations that are highly exaggerated, extravagant, and thus improbable.

I love farce. I’m a farce-oholic.

Some of my earliest memories involve dark, wet Sunday afternoons sat in front of the TV with my family, watching old British comedy films on the BBC. You’ll know many of the films I’m talking about: Whisky Galore!, Passport to Pimlico, The Ladykillers, The Man in the White Suit, The Naked Truth, Kind Hearts and Coronets, The Lavender Hill Mob, Two Way Stretch … I could go on and on. 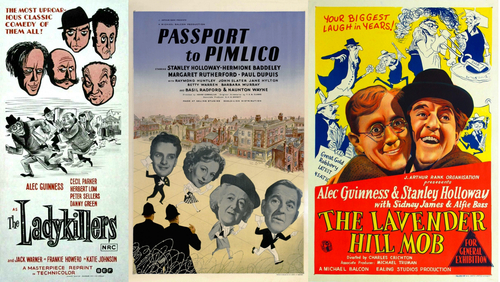 From the mid 1940s up until the mid 1960s, the UK produced hundreds of wonderful comedies, often mistakenly pulled together under the banner of ‘Ealing comedies’. In fact, Ealing Studios didn’t make that many, but studios at Pinewood, Elstree, Beaconsfield – curiously all very close to where I live and in the area that inspired my fictional county of South Herewardshire  -  were churning them out by the dozen, directed by wonderful people like Mario Zampi, the Boulting Brothers and Michael Balcon. What all of these films had in common was that they were very British, they nearly always involved a simple plot that quickly became very complicated and confused, they involved elements of slapstick and, perhaps most importantly, the bad guys – even if you were rooting for them – never quite got away with it. And, of course, they were very, very funny. Pure farce. We do still occasionally make these kinds of films and I'd heartily recommend more recent examples such as Saving Grace, Kinky Boots, Death at a Funeral (not the Hollywood remake), Personal Services, Faintheart and In Bruges.

As I got older I discovered farce at the theatre. I roared with laughter at Michael Frayn’s Noises off, Oscar Wilde’s The Importance of being Earnest, Nöel Coward’s Blithe Spirit and the Marriott and Foote classic No Sex Please, we’re British! On TV too, the tradition continued with sitcoms from The Fall and Rise of Reginald Perrin to One Foot in the Grave to Blackadder. Fawlty Towers pretty much tops the list with 12 episodes of pure unadulterated farce. And then there are the films of Laurel and Hardy, arguably the greatest farceurs of all time. 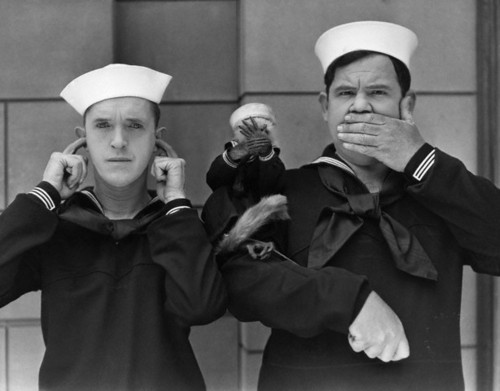 My first real literary encounter with farce was Wilde’s Lord Arthur Savile’s Crime which had me in stitches (I later went on to play the anarchist Herr Winkelkopf in a pro-am stage production for which I got pretty good reviews despite my dodgy German accent). Then I discovered P G Wodehouse and David Nobbs and Richard Gordon and I was hooked. But the star, for me, was the late great Tom Sharpe. I first discovered his books in the early 1980s. I must have read every one of them a dozen times since. He wrote darkly comic satires about apartheid (Riotous Assembly and Indecent Exposure) and the publishing industry (The Great Pursuit). He spoofed the ‘Boys Own’ style adventure genre with Vintage Stuff and poked fun at the landed gentry in Blott on the Landscape and Ancestral Vices. They are beautifully written, savage, visceral and uproariously funny books. And I wondered to myself whether, one day, I could write something of my own to join the genre. 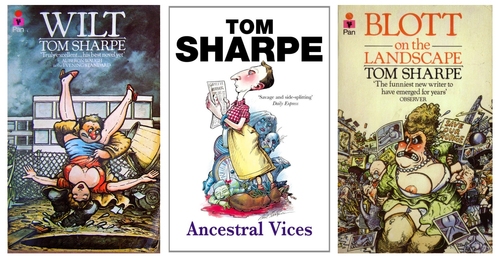 Well, it took me three decades and quite a number of practice novels but I finally have.

A Murder To Die For brings together three things: my 30 years of experience as a cop, my love of classic murder mysteries, and my deep and abiding passion for comedy, especially farce.

Farce isn’t dead. It’s just hiding in the wardrobe with no trousers on and the vicar has come to tea.

p.s. Oh, and having the sort of mind that finds curious connections everywhere (which is why I ended up writing QI), I couldn't leave without pointing out a link between Tom Sharpe and Agatha Christie. David Suchet was put forward to play his definitive version of Hercule Poirot after the producers saw him playing Blott in the BBC production of Tom Sharpe's Blott on the Landscape. Farce and murder mystery together? It's like it's destined to happen ...