She died in 1976 at the age of 86 and, staggeringly, produced 73 novels (66 murder mystery), 28 collections, 16 plays, 2 biographies and a handful of broadcast works and poems in her lifetime. But, as prolific as she was, the quality never seemed to suffer, She is still the third most published author in human history, having sold over two billion books - a record broken only by the Bible and Shakespeare.

I've been a fan of her work for longer than I can remember. In fact, one of my earliest television memories is of seeing  Rene Clair's 1945 version of And Then There Were None on a wintry weekend evening (a dark and stormy night?) with my family and being thrilled by it. 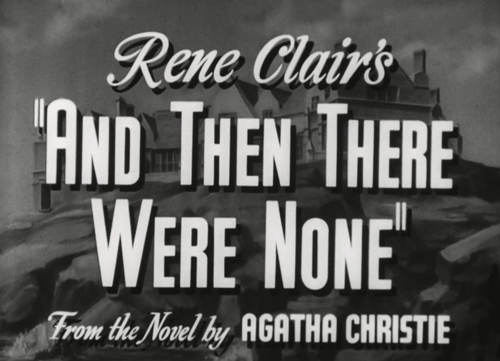 I've since read all of her crime novels and also those of her 'Golden Age' contemporaries - Margery Allingham, Ngaio Marsh, Dorothy L Sayers and more. And, of course, I've read Conan Doyle's Sherlock Holmes stories too. So, when I came to write what will be my first published novel, a murder mystery seemed to be the natural genre to attempt. A 30 year career in the police service helped too; I've seen more than a few homicides and hundreds of crime scenes. Throwing my knowledge of real-life policing against my love of murder mystery fiction created the delicious tension from which most of the novel's comedy is generated.

Writing a murder mystery is no easy task and, while going through the process, my respect for Christie grew exponentially. To turn out at least one new crime fiction novel every year for 66 years is a staggering feat. Admittedly, the method of killing is very similar in many of her books - having been a chemist, her knowledge of poisons was excellent - but the plots are always extremely clever and leave the reader guessing until the last page. Writing such a novel requires an extraordinary level of planning. You need to know where every person is at any one time. You need to create back-stories and descriptions to ensure that the players don't act out of character. I even needed to create a map of my fictional village to ensure that people's movements make sense, If Christie was able to keep all of that content in her head while writing (and writing without the luxury of word processing don't forget), she must have been some kind of genius.

But she was a genius. And she was the first British woman to learn how to surf standing up. Really. She was. 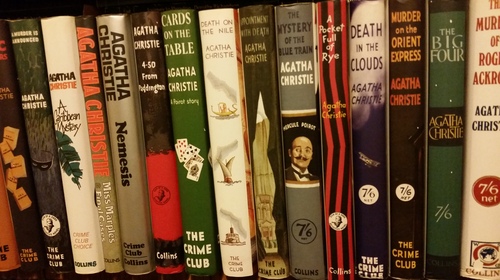 Another reason for writing a murder mystery novel was timing. This year it's Agatha Christie's 125th birthday, the 120th anniversary of Ngaio Marsh's birth and the 50th anniversary of Margery Allingham's death. But, more importantly for me, it's also the 25th anniversary of my father's untimely death (as I wrote about previously in this shed). Dad was writing his first murder mystery when he died and I've incorporated his unfinished novel into my own.

And when my book passed the 75% funded mark, I decided to run a competition for my subscribers to say 'thanks' for getting me this far. Naturally, it had to be Agatha Christie themed.

The prize is quite nice; the winner gets immediately promoted to the very highest levels of plefgry - they get a signed copy of the book, two invites to the launch party (which will be a murder mystery), a tour of Buckinghamshire and Oxfordshire visiting places that inspired the book (including Christie's grave and quite a few pubs!) and they'll get to name a character in the book.

The competition is only open to people who have pledged money - at any level - to crowdfund the book. But that doesn't stop you pledging and becoming eligible, does it?

So happy birthday Dame Agatha. And thank you for 125 years of entertainment, inspiration and murder most foul.