Yes indeed! It's time for the second of my monthly competitions leading up to publication day for A Murder To Die For in January. 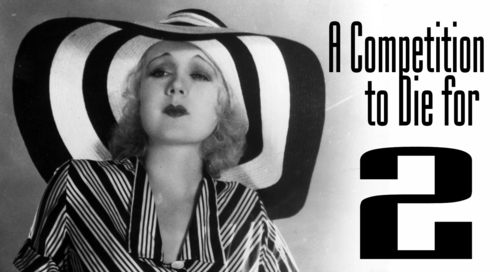 This month the prizes are quite nice again. I have a signed hardback copy of Jonathan Coe's The Rain Before It Falls and a signed copy of Sandi Toksvig's Whistling For The Elephants, also in hardback. First winner drawn from the hat gets the choice of book. Second prize winner gets the other. But they're both nice prizes so both winners are winners! 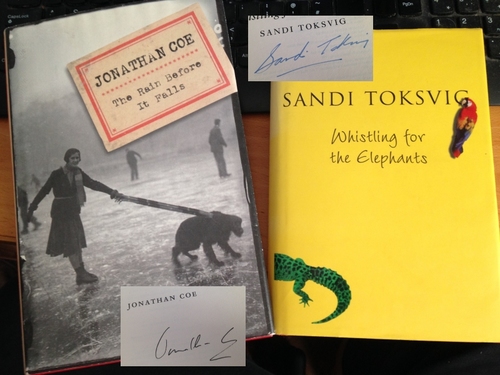 So, what do you have to do to enter?

I've taken five episode titles from the long-running TV series Murder, She Wrote and scrambled them up. All you have to do is unscramble them e.g. 'Ancient Citron Lemon' is an anagram of the episode title, 'Terminal Connection'.

Now you have to figure out these five:

Last month's quiz was just to ease you in - from now on the questions start to get harder!

The rules are simple:

You must be on the list of supporters for A Murder To Die For. If you're not and you want to enter, then you'll have to become a supporter by pre-ordering the book (see right).

Email your entries to me at stevyncolgan@gmail.com by midnight (UK time) on 30th September 2017. The winner will be randomly picked from the correct entries on 1st October. If nobody gets all five correct, the person with the most correct answers wins.

Prizes will be sent out by registered post within seven days of the winner announcement. 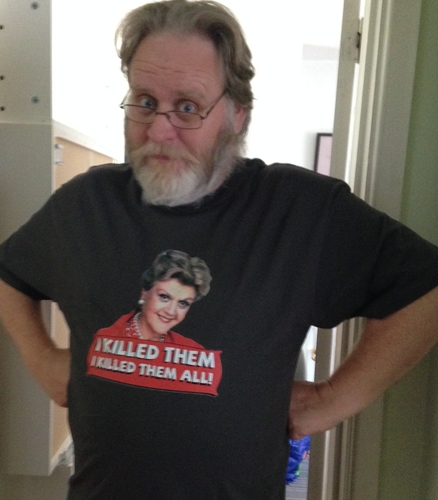 Great stuff! Just need to dig out a list of episode titles... Your T-shirt is brilliant, my wife and I always say she keeps getting away with murder; successfully framing others.

This is great! Quite a challenge!