It's that time again! Welcome to Murder Mystery #7 of 10! And today we're all at sea (click on pics to see a larger image).

Solution in a few days' time! 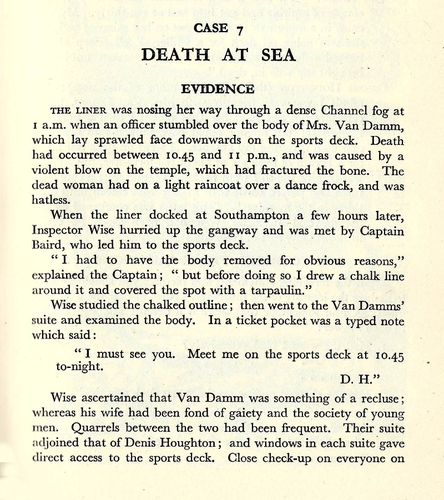 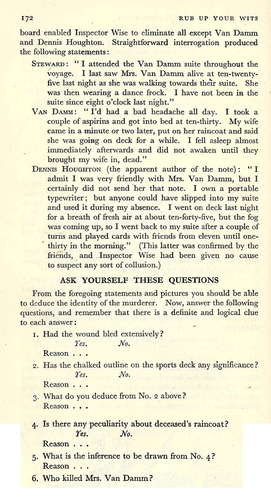 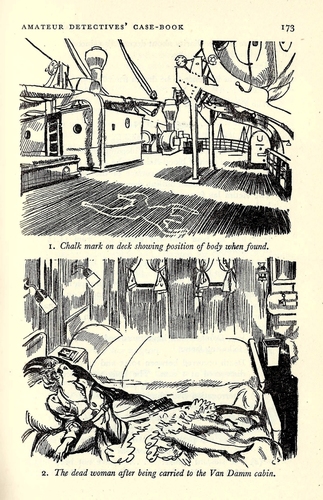 These are great fun, so I thought I'd give one a go.

1) Yes. As you can see from photo 2. It would give the location of were the murder occurred.
2)Yes. There's no blood on the deck or on the chalk lines.
3) Which probably means the murder took place elsewhere and the body was moved.
4) Yes. From the buttoning it looks like a man's raincoat. So it was not hers.
5) Someone placed the raincoat on her afterwards, along with the note in the ticket pocket.
6) Jean Claude Van Damme in the suite with a bottle of Coors in between 10:45 and 11pm. He then snuck into Dennis Houghton's room to write the note on his typewriter while he was on deck getting some fresh air. He placed the note in the rain-coat (possibly his own mens raincoat) and when Dennis returned to his cabin moved the body to the deck.