A Murder Of Crows

Day 90: The Crows Are Airborne!

I cannot believe that I have made it this far and that my 'wee book,' as I described it some three months ago, has been fully funded - and two days ahead of schedule!

I am amazed at everyone's kindness and generosity and unstinting support - from the three separate pledges from Linda Hepper, who I have never met, but I am certainly indebted to her - to the double pledge from Babs Steele, who got me to the 100% mark. But there has been some very touching and heartfelt support too - from when I got a lovely surpise when my friend Vince Handley became my first patron to Angela Johnston becoming my first patron abroad - and I didn't know her at the time. These are treasured memories that have given me a courage, which I previously mentioned I had somehow lost along the way. Then there are all of those who have simply shared my posts or pledged quietly and anonymously to the well known faces who I have mentioned elsewhere in my blogs.

This is a very exciting time now and Unbound are rapidly growing in stature  - I feel very lucky to be in their hands just now.

I am now in the position where other writers are asking me how I did it. I have been contacted as far and wide as the States and Australia! I never thought this would happen in a million years and it is incredibly warming to hear from these people.

I must also thank Michael J Malone ( a brilliant crime writer - check out his work) for alerting me to this concept in the first place - I will be describing my three month journey in a forthcoming blog that he has asked me to write on his website and I will publish the details here in due course.

As for future plans, well, I am currently finishing off my final draft of the book before it gets sent to the editors and I may well start on the follow up - I was going to write something entirely different but given how things are it seems sensible to write the sequel whilst it's fresh in my mind. (Though it won't be as straightforward as that - watch this space!) I've a short sci-fi story to finish too and then another (completely different) novel but time will tell.

So thank you again for all your support and please remember that although the deadline is done people can still pledge their support and have their name in the book as a patron as well as having a copy of the book. Spread the good word!

Below are the latest patrons - thank you everyone! 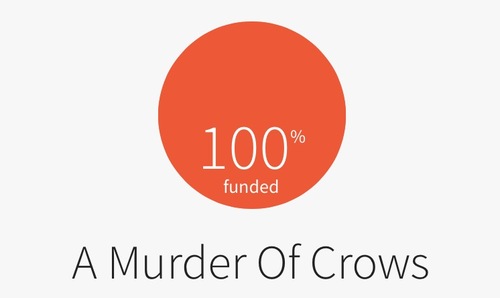 I think we're from around the same area. Maybe we could exchange resources sometime?

Hi Shona,
Thank you for your support -much appreciated!
Are you on Facebook? If so, you could contact me there and we can exchange info?
Best Wishes,
Ian.

Hi Ian,
I'm not actually on Facebook. My husband is though - I'll ask him to send you a message with my contact details.
Thanks, I look forward to speaking with you.
Shona