To Hull and Back 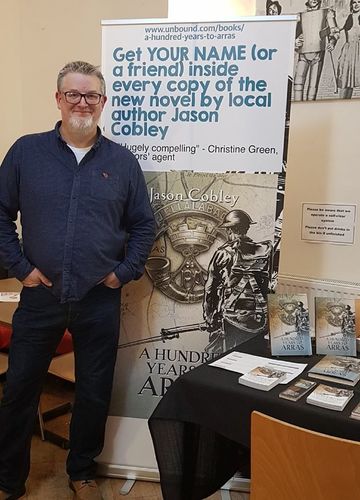 Blimey. A photo in which I don't look completely awful. There's a thing. On the weekend, I was invited along to Ian Judson's play 'An Ordinary Hero', which is the story of Rugby League player Jack Harrison, who fought in The Great War and was awarded the Victoria Cross for his actions at Oppy Wood in May 1917, just a month after the Battle of Arras. The link between our two protagonists was too good to pass up, so I set myself up in the cafe of the Park Street Performing Arts Centre in Hull. It was lovely to meet and chat with the volunteers who run the place, the director Laura and the man himself who wrote the thing, Ian Judson, who is on a mission to get Jack Harrison recognised as the local hero that he is and is well on the way to raising funds to have a statue of Jack put up in Hull. It was a damned good play, in fact, with a small but strong cast, and a very moving final speech. The battle scenes, as you can imagine a challenge to mount in a small theatre, were very well done indeed, and the dynamic between the three soldiers in the trench worked really well.

Massive thanks go to the new supporters who signed up for the book on the night. It was a long way to travel from Kenilworth but well worth it. The crowdfunding now officially stands at 50%. I'm told it's all plain sailing from here, so let's keep an eye out for clear skies and steady waters! And keep telling your friends all about the book. The sooner we get funded, the sooner the book is yours!

I did say I'd publish another excerpt and some extras when we hit 50%, and so I will... Keep an eye on your inbox! 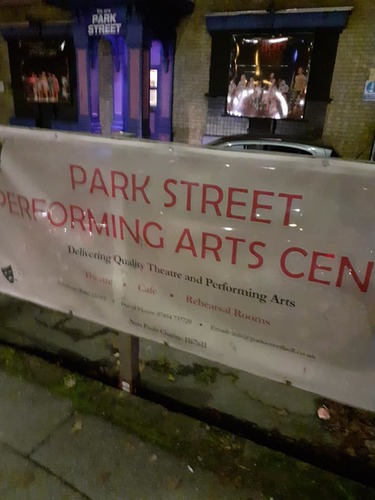