Of Liberty, memorials and coffee. Lots of coffee. 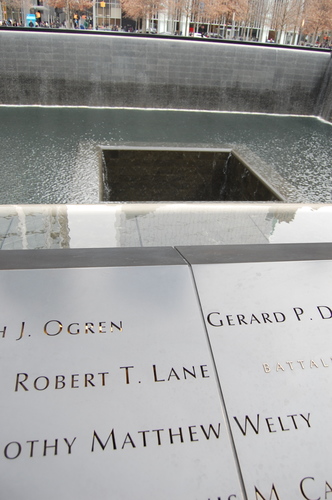 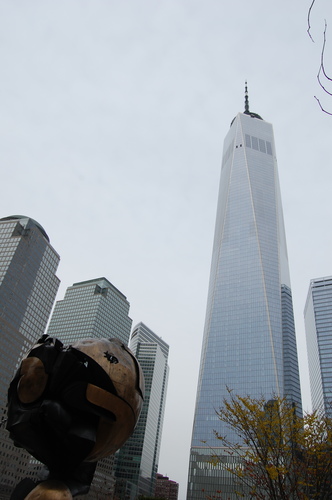 And in these days, darkness falls early
And people rush home to the ones they love
You'd better take a fool's advice than take care of your own
One day they're here, next day they're gone"

- Thus sang Don Henley. The first time I heard 'New York Minute', it was in the back of a hired car driving over Brooklyn bridge. Just before the first set of our final exams for my degree in English, myself and some mates pooled together our meagre pennies and flew out from Birmingham to New York. Madness. We stayed in motels, shared rooms, drove up to Boston, had calamari in a restaurant that was later featured in Man Vs Food. In New York, I chose to go hunting for DC Comics' offices instead of go up the World Trade Centre. Which, I have to add, was pointless. I missed out there.

The second time I went to New York was in 2002, staying with friends near Westchester in New York State, during their worst winter in thirty years. Six feet of snow and a frozen Hudson river. The Empire State Building in the mist  and a windchill that made the hairs in my nose bristle.

The third visit to New York was just a couple of weeks ago. We expected it to be cold this time but it was oddly warmer than back home in dreary England. This time, we embraced the greatest contribution of American culture to the world: the American breakfast. Choc chip pancakes. Bacon. Eggs. Home fries. And coffee. Lots of coffee. The unlimited refill is a tradition I can really get behind. Yellow cab drivers are amongst the finest but most silent and fastest people in the world. We were happy to be transported at light speed in and out of traffic, circling Central Park, cross-cutting Sixth Avenue to get the Met. That was an experience well worth a tip. If you go to New York yourself, you have to do the obvious stuff such as the Empire State and Statue of Liberty, but you'll be losing out if you don't try George's on the corner of Rector Street and Greenwich Street for the finest breakfast known to man, woman, child and fools.

George's is just a short walk from the 911 memorial and the new World Trade Centre. The footprints of the fallen buildings have been replaced by incredibly moving square cascades of water with no bottom in sight. The names of the fallen First Responders and the victims of the fallen flights could be traced, touched, felt along the edges of the square pools. I was fine until I saw a name that ended with "...and her unborn child". Standing there with my wife and daughter, there were no real words for it.

My daughter is 15 and, somewhat surprisingly, she declared afterwards that the 911 exhibition inside the dedicated building was the best thing she saw that holiday. There is of course an element of propagandising, but at the core of it is a tribute to the people of New York caught up in the effect of events beyond their usual daily experience. The mangles fire engines and stories of firemen caught up in the first tower collapse were human and not political. My daughter drew parallels with this and Grenfell and, perhaps more appositely, other wars. We had visited just two years previously the grave of our relative Robert Gooding Henson, on whom this novel is based.

I was struck how all the life and death that we saw echoed around us was caught up in the New York Minute, but there's always a London Minute or a Kenilworth Minute or a Glasgow Minute. In those snapshots of time and place, we are all the same, yet we are all individuals. Rush home to the ones you love. It's people like those American First Responders and the men of the Somerset Light Infantry back in 1917 that have helped make sure that many of us still have that home to go to.

It's now been nearly nine months since we began the crowdfunding on Unbound. It's likely that a year will see a possible deadline. 7th June is when it started. My birthday. We stand today at 54% with 164 backers. If each of you were able to just persuade one other person that the book is worth supporting, we'd get to 100% in no time. A New York Minute maybe, when everything can change. 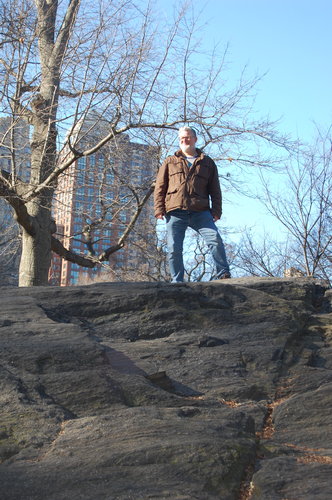 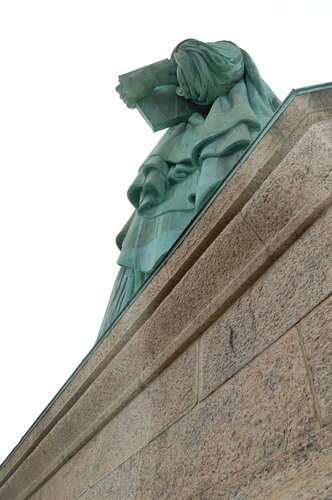