Thanks so much to all of you who have backed so far. It means a lot to know that you're there encouraging the project. We're at 13% as I write, and I thought I'd flash back to a blogpost I wrote near the beginning of the drafting of the novel, when I was still researching:

The first battle was mostly a Canadian-led attack, with the British attacks at Arras intended to be part of a larger Anglo-French offensive planned for the spring of 1917. From what I've been able to ascertain (and an excellent summary of this can be read at Jeremy Banning's website), the night of 9th April represented the peak of success at Arras. The campaign was plagued afterwards by a lack of organisation, poor communications and terrible weather. It was also incredibly difficult to move artillery over the ground that had been bombarded and ripped up by enemy attack. Little happened on 10th April, and the collective failure to capitalise on the Canadian success of 9th April gave the Germans enough time to build up their defences in preparation for the next day.

11th April was when the First Battle of Bullecourt took place. This was pivotal, but the tanks that the Fifth Army needed failed to arrive in time. They needed the tanks to breach the German barbed wire defences. Barbed wire was a relatively new invention that foiled attack on many occasions. Many soldiers learned the hard way how easy it could be to get trapped in barbed wire and meet an end, hanging there, waiting to be shot or die from exposure. It was the Australians that had some success this day, breaking through sections of the wire to make for the Hindenburg Line. By midday, though, the Line was so well defended by the Germans that they were surrounded on three sides and had to retreat over No Man's Land. This made them easy pickings and by the end of the day, 2000 Australians were taken prisoner.

As far as Robert Gooding Henson is concerned, what I know so far is that, after 11th April, the 4th Division, of which his Somerset Light Infantry was a part, many troops were sent back to Arras and replaced. Others were fresh, alert and waiting in the wings. The rest was well deserved, despite the British failure to gain all of the ground that had been planned. However, the 4th Division had 'leapfrogged' the 9th (Scottish) Division on 9th April to capture the village of Fampoux. This was a massive advance of between 3 and 4 miles but they were foiled by the barbed wire.

A great deal more happened over the next few days, including the 1st Essex and Newfoundland Regiments capturing Hill 100 (known as Infantry Hill) on 14th April. But, as far as I've been able to tell, the Somerset Light Infantry were back in Arras, resting.

And therein hangs a tale, of course... 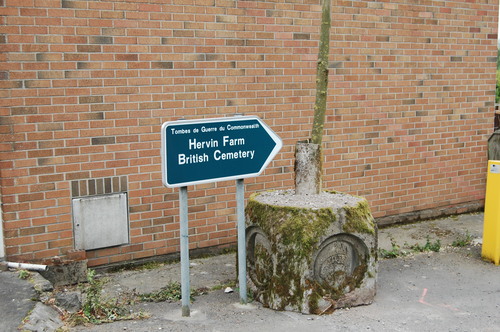