9th April was the 103rd anniversary of the Battle of Arras. With Easter being literally a moveable feast, Easter Monday actually falls today, 13th April. But, in 1917, it was Easter Monday when thousands of troops emerged from the tunnels beneath Arras and the villages outside the town to push the German front line back as far as they could.

As you know, on the hundredth anniversary, I visited Arras and visited war graves and monuments. It's a little bit of a spoiler, but it's well known that on that day, the biggest victory was at Vimy Ridge, where Canadian troops succeeded against the Germans. The Battle of Arras itself was more mixed, but it was a battle that brought in Australians, New Zealanders, French and Irish as well as British.

Soldiers prayed at their Easter Service on the Sunday before emerging into the freezing cold morning on Easter Monday. I guess in some ways we can almost sympathise with the claustrophobia they must have left, cooped up in the tunnels under Arras for all those months. Almost. Our current isolation, keeping ourselves at home, worrying about family members, falling back on our closest relationships and home entertainment to weather the storm, is turning out to be a situation that draws people together as well as highlighting aspects of our society that, shall we say diplomatically, needs attention. Last week, we (that's me, my wife, my daughter, the dog and the two rabbits) wanted to do something for the neighbours. We live on a street where, due to us usually having full-time jobs, we don't get to know everyone as well as we could, and we knew that Easter weekend could well be looking a little bleak for some people. It was my wife's idea to buy some cheap Easter eggs from the supermarket on a rare essential trip out and, ninja-like, leave them on neighbour's doorsteps under cover of darkness, along with a little note drawn and written by our daughter. 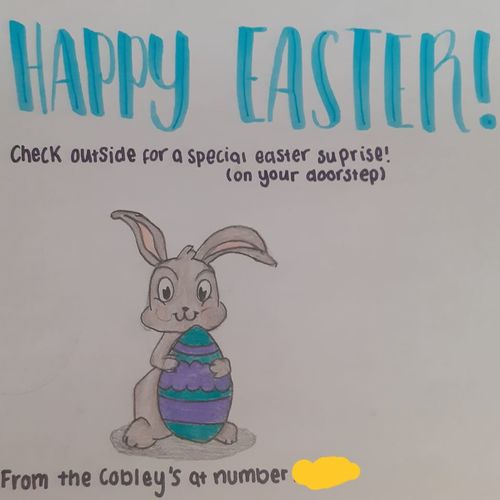 We didn't do this for any praise, but it was lovely to see people's reactions and the notes and cards we had come through our door in the days that followed. I guess it's a microcosm of what is happening across the country: communities remembering what it is that makes them communities in the first place.

I've had a bit of extra time to work on the Arras manuscript: in particular, I wrote a new extra chapter today, as memories hark back to the war graves we visited at Arras, Hervin Farm and Vimy Ridge, where the human community comes together to remember those who fought for something bigger than them.

Too long a sacrifice
Can make a stone of the heart.
O when may it suffice?
That is Heaven's part, our part
To murmur name upon name,
As a mother names her child
When sleep at last has come
On limbs that had run wild.
What is it but nightfall?
No, no, not night but death;
Was it needless death after all?
For England may keep faith
For all that is done and said.
We know their dream; enough
To know they dreamed and are dead