"April is the cruellest month..."

When I think about why and how I decided that I wanted to write, I can't help but go back to school. I mean, I do that every day anyway, but bear with me. I remember annoying my Chemistry teacher because, try as I might, I just couldn't get it. I was quite clever and very good at English and Art, as well as being a pretty good young athlete (until I was about 16 and discovered other pursuits), so he assumed I was putting it on. I wasn't. I just couldn't get all those equations, I couldn't conceptualise what a mole was (I still can't, except for the burrowing animal), and I couldn't really get my head around Physics either. Looking back on it, he wasn't the greatest teacher in the world, which didn't help, but there were others who were.

Two stand out in particular: when I was 12, at a comprehensive in Kent, I had a Mr Goldsmith for English. He conveyed to me a love for good writing and encouraged my reading, not finding it a problem that I buried my nose in the novelisation of Star Trek: the Motion Picture for weeks on end. He knew I'd move on to other things. I wish I could go back and tell Mr Goldsmith back in 1980 that he was partly responsible for me becoming a teacher myself and, eventually, a bit of a writer.

The other is a teacher I had for 'A' level English Literature after we moved to Wales, who I knew as Mrs Richards. She's friends with one of my supporters here, who just happens to be an amazing artist in his own right (but that's another story). But I remember studying TS Eliot's 'The Waste Land' with her, and a whole new world of what words could do opened up for me. The opening lines have stayed with me ever since, conveying a sense of longing and loss that I've never quite been able to put my finger on:

April is the cruellest month, breeding
Lilacs out of the dead land, mixing
Memory and desire, stirring
Dull roots with spring rain.

As I write, it's the last day in March, and April starts tomorrow. Today, the final copy edit of 'A Hundred Years to Arras' was sent off to be typeset. For those who don't know how it works, I've had two editors at different stages: both were brilliant. One did the structural edit, and made me strip out a lot that wasn't needed. The other did the copy edit, which helped me hone the language right down so that it now actually makes sense. You've all seen the cover but here it is again. For me, it encapsulates the "Memory and desire" of life and death that I now realise has its origins back in that classroom in Y Pant comprehensive school in 1986 (I think. Both my memory and desire are failing these days!). I finished my 'A' levels in a different school when we moved to Tenby, and the legendary Mrs Richards I believe moved on to a girls' school in Cardiff.

It's April 2021, lockdown - probably - is about to ease off, and we have a little Easter break coming up, well-earned for everyone no doubt. I do feel a bit like a 'proper' writer now that the book has started to appear in online bookstores for pre-order (there's a couple of links below if you'd like to push it with your friends). I've been a 'proper' teacher too for many many years too, thanks to the inspiration of Mr Goldsmith, Mrs Richards and maybe one or two others (shout out to Mr Malone, fellow Genesis fan), except now I work with young people who are hospitalised for various reasons. It's hard work, but here we are, keeping on with "stirring dull roots with spring rain".

We have a release date now: on or (hopefully) just before 19th August, you'll finally get your copy of 'A Hundred Years to Arras' and thenceforth it'll be in the shops!

But now that you've got the ISBN etc, why not encourage your friends to pre-order through their local independent bookshop? I can recommend one of the best: 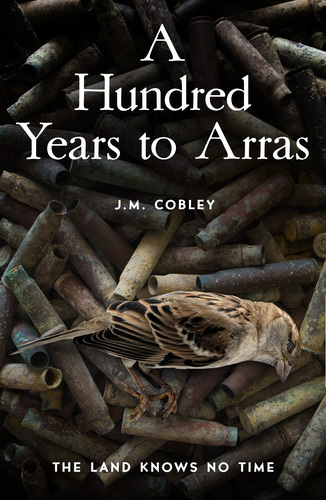