It’s been difficult, it’s fair to say, to concentrate on much over the last couple of weeks. The news is dominated with what’s going on in the Ukraine and, for lots of reasons, I’ve found it hard to really get into anything. My own to-be-read pile grows by the day and I find myself looking at it, changing the order of what I’m going to read, starting something new, but then fizzling out. It’s the same with writing. I’ve done a fair bit of research on what is going to be the next novel. The plot is being stubborn, though, as I’ve got two or three directions to take it in, but one thing is for sure: it’s set over a couple of days in November 1910, when South Wales coal miners were on strike. The situation had come to a head, the colliery owners had sent in police from all over Wales and England to disrupt the strikers and, finally, the army was sent in. Now, over a century later, people in South Wales still haven’t forgiven the Home Secretary Winston Churchill for doing that. There was violence. There were deaths. Shops and stores in Tonypandy were smashed and looted during one particular night. It’s that time period that is covered by my story, with a fictional family that is nevertheless loosely based on many families from that time and place, and a house that may or may not be similar to the one in which my father grew up. It’s not as personal a story as A Hundred Years to Arras, but it is something that has been in the back of my mind for some time. My parents both came from the Rhondda Valley in South Wales and both my grandfathers were coal miners. Although we lived away from the valleys when I was growing up and throughout my adulthood, we always visited and still now, through my cousins and aunts and uncles, I have a connection to those towns and the legacy of the pits that once were the lifeblood of whole communities. 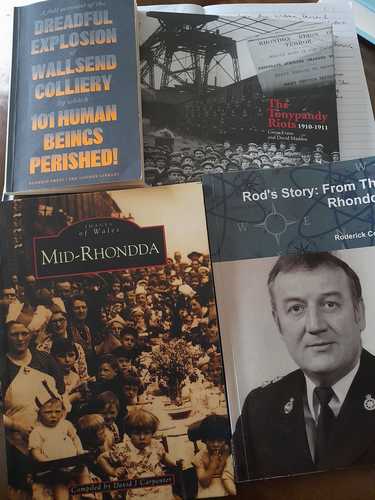 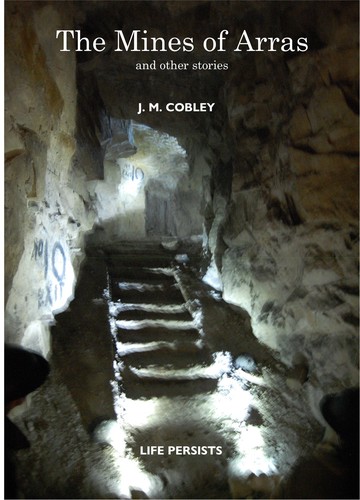 The working title is This House Aches, as the family home in the novel is as much a focus as the events of that night in November. It’s a working title so may change. I’m a few thousand words into the first draft so it will be a while yet before I can even consider finding an agent and/or publisher to follow up on the success of being published by Unbound with the first novel. Speaking of which, in the editing process I excised a few thousand words which I’ve repurposed for a short story collection. The central character of A Hundred Years to Arras, Robert Gooding Henson, had an ancestor who was arrested in the 17th century for stealing a sheep and then a goose. The resultant trial was originally a chapter in the novel. Rightly, it was felt to be extraneous, so I took it out. The same goes for extra material from the novel that feature William Coverdale and Flora Stuckey, both supporting characters who have important roles in the novel. I had originally given them a bigger back story but it became clear that their chapters took the focus away from Robert, hence the editing out of those sections. With some minor redrafting, they are now presented as short stories along with a selection of stories from the past couple of decades in The Mines of Arras and Other Stories. This anthology is now available from Amazon as a paperback or e-book and serves as a completely unnecessary complement to A Hundred Years to Arras. It can enhance your enjoyment of the novel, but the two books work completely independently of each other. I’ll have a few copies available at upcoming events but in the meantime, please order from Amazon if you’re interested.

In the meantime, I’ll keep trying to focus on writing the new book. It is difficult with the distraction of the news, but one thing I’ve found to be a light in that darkness is the new album from Marillion, An Hour Before it’s Dark, which in some way has hit the zeitgeist, addressing how the last couple of years have affected us all and giving us some hope and reflecting on those that sacrifice so much for the rest of us. Whether they be men who fell in The Great War, loved ones we lost during the pandemic, or those who fight to defend their territory today and fight to keep us alive in hospitals at home and abroad, they line from the standout track Care couldn’t be more relevant:

“The angels in this world are not in the walls of churches”.