From Bhutan to Yorkshire: The story of the Harewood Stupa

Support this project
Architecture | Non fiction
The edits are done – you can still pre-order but your name will not appear in the book.
$15
18 pledges

The ebook edition
Choose this reward

Signed first edition of the book plus a copy of the photobook 108 Offerings that features images of the offerings made at the stupa over the course of a year.
FEATURED REWARD
$120  + shipping
31 pledges

Signed first edition of the book plus a signed A4 photo print by the artist Diana Howse of the stupa.
$40  + shipping
47 pledges

Signed first edition hardback and your name in the back of the book.
$75  + shipping
15 pledges

Two copies of the first edition hardback and two names in the back of the book.
$85  + shipping
6 pledges

Signed first edition of the book plus a DVD copy of Tibet: a Buddhist Trilogy. Filmed in the 1970s and subsequently digitally re-mastered it is "a critically acclaimed feature length documentary that takes you deep into the heart of Tibetan culture."
$100  + shipping
7 pledges

Signed first edition of the book plus a copy of the photobook 108 Offerings that features images of the offerings made at the stupa over the course of a year and a copy of the DVD Tibet: a Buddhist Trilogy.
$375  + shipping
3 pledges

Signed first edition and a visit to Harewood and the stupa with David for six people
$1,500  + shipping
11 pledges

Signed copy of the first edition, plus your name or company name listed as Patron at the front of the book 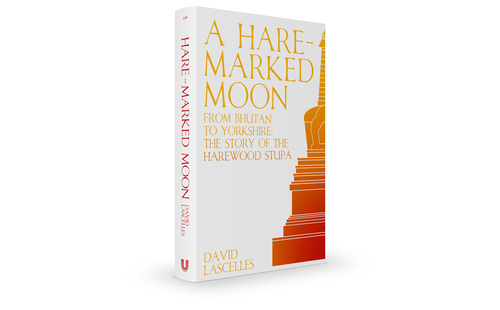 What is a stupa?

The shape is quite simple: at the bottom is a cube made up of a series of stepped ledges; on top of that is a cow-bell-shaped dome; above that a cone-shaped spire made up of thirteen rings, topped by a half-moon, sun and stylized flame. You will come across them all over the Buddhist Himalayas. I’ll take you there in the course of the book. You find them in scruffy little villages and in the courtyards of isolated monasteries. Or swamped with visitors on the increasingly popular Buddhist pilgrim trails in northern India. Sometimes they are huge, majestic structures like the Great Stupa at Baudhanath, Nepal’s most famous tourist destination.  Sometimes they seem have grown spontaneously out of the landscape, like in the dramatic mountain moonscapes of Ladakh or around Mount Kailash in Western Tibet, the holiest mountain in Asia. But, though the shape is simple, what a stupa represents symbolically is far more complex. It represents the enlightened mind of the Buddha and a guide to the path to achieving enlightenment for yourself.

In the spring of 2004, I invited a group of monks from the Himalayan Kingdom of Bhutan to build a stupa in the gardens of Harewood House in Yorkshire. It was a step into the unknown for the Bhutanese. They didn’t speak any English, had never travelled outside their own culture, had never flown in an airplane or seen the ocean. Theirs was one kind of journey. But the project was also another kind of voyage for me, an attempt to reconcile an interest in Buddhism with the 250 years that my family has lived at Harewood, the country house and estate that I have loved, rejected, tried to make sense of and been haunted by all my life.

I have read that a landscape full of stupas seems to become more peaceful, the people there more gentle and that has very much been my experience on my travels. I’ve started to believe that it also applies to Harewood and its single stupa, made out of local stone by Yorkshire builders, their labours overseen by Bhutanese monks. Although the very first stupas were built as reliquary shrines to house the ashes of the Buddha himself, they have come to mean something quite different, the possibility of freedom from suffering that is at the heart of all Buddhist teaching. And that very positive energy is now here, in a garden at the head of the lake, at the very heart of Harewood.

Crowd-funding seems a particularly appropriate way to support a book about stupas. They are inclusive, welcoming, harmonizing points in a landscape, accessible to anyone, whatever their faith - or lack of it. All you have to do to engage with one is walk around it in a clockwise direction. And crowd-funding is a wonderful way of engaging an audience with a book while it is being written. All you have to do is pledge and you have become part of the project. 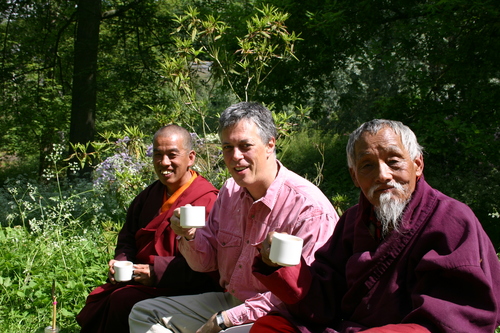 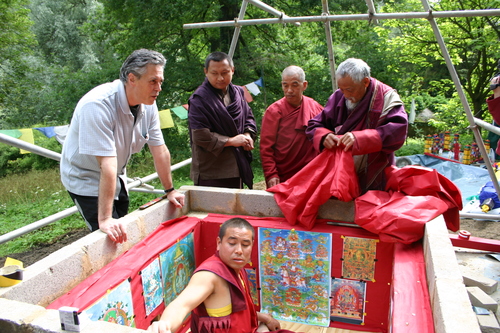 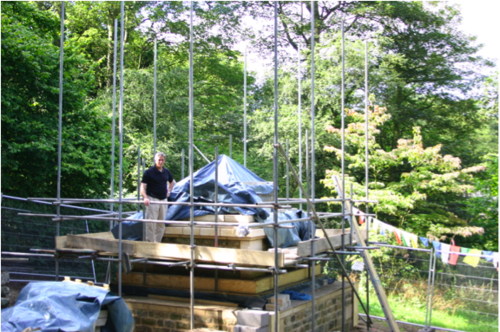 Signed first edition of the book plus a signed A4 photo print by the artist Diana Howse of the stupa.
View all 11 rewards