The Posthumous Poems of Leighton Bloom

Leighton Bloom (1935-2014) was my father-in-law... an enfant terrible in the late '50s, while programming and selling computers for General Electric, he'd predicted that, one day, a computer would be so compact it would take up considerably less space than the average garage.  Emotionally detached yet married three times, only valuing maths and science yet obsessed with Downton Abbey, he was an enigma.  For the last 10 years of his life, an age when most people are retired, he had worked for his sister in her new home, meticulously setting up her air conditioning system, her sun-sensitive shades, her home cinema, etc... jobs that normally would have been complete within a year, but for an undiagnosed OCD, jobs that would never be completed to a satisfactory level. 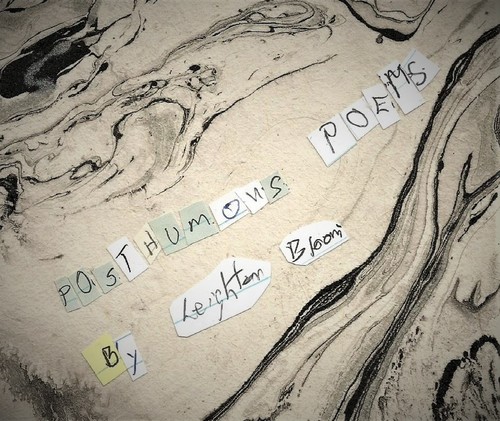 Visiting his sister about a year after his death, she was unsure what to do with a sheaf of his notes which had been left on the "desk" - it was a long wallpapering table he'd taken a shine to - of the home cinema which he'd adopted as his office.  The sheaf of papers were his notes over the last 10 years comprising lists of the varying shades of beige, cataloguing the movies in the home cinema, hurriedly jotted notes from telephone conversations, shaky little drawings of AC and electrical plans. Leighton's sister passed the fate of them to me.  Initially I thought to discard them but perhaps cut out and keep a few choice phrases.  Several hours later, a myriad of cuttings were laid out on the table and, shuffling them around, I started to see an odd sort of poetry emerging, something akin to the Futurists or ee cummings in randomness at least, but somehow saying something about the inner workings of the man.  I decided to stick the little poems down - there were 8 altogether - as an unusual memorial.  I think he would have found this a peculiar notion, especially as he had a wish to be totally forgotten in death, in life too, to some extent, a life hiding in the periphery, drawn to windowless server rooms and loving the anonymity of the subway. When I once tried to urge him to come on at least one outing with us, he told me he couldn't.  When I finally persuaded him to give me a reason for not coming, he told me he was washing his hair.  It was a life for which he had little care to preserve - his jaywalking habits were legendary when it came to waiting in the middle of the road whilst juggernauts whisked around him honking their horns.
Here are my 3 favourite posthumous poems... 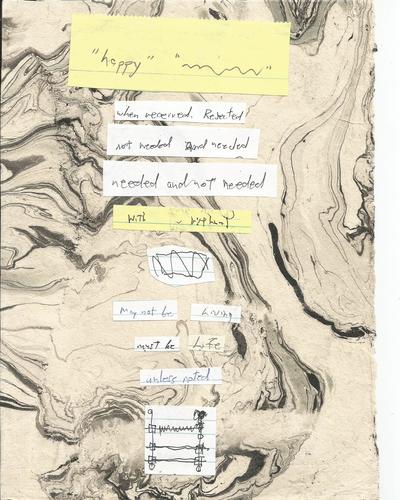 May not be Living
must be Life
unless noted 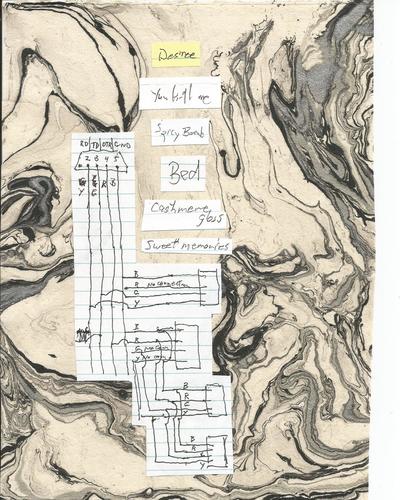 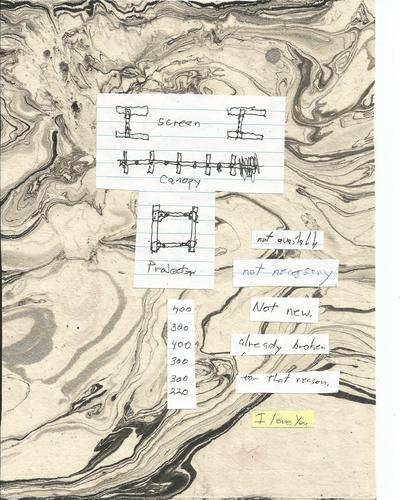 Leighton agreeing to a rare photo... ("And the herring was this big!") 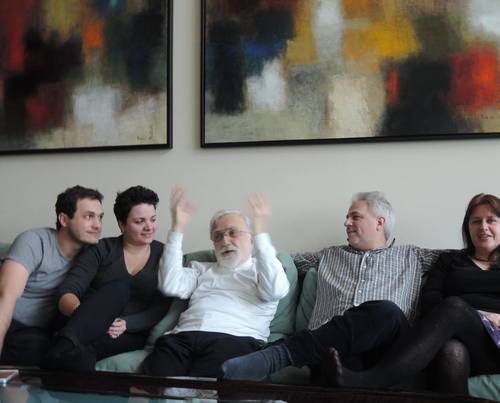