I've had two lovely reviews from well-known book bloggers this weekend. What a great "tour" it's been!  The audiences have been marvellous and the guitar solos out of this world... 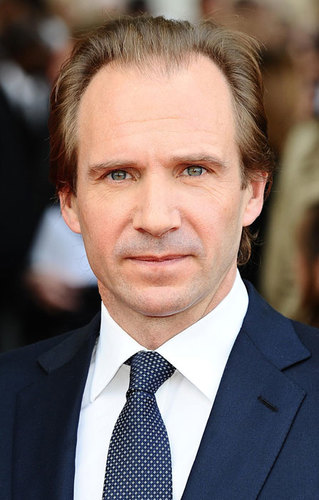 'I thoroughly enjoyed Auriel Roe's previous book A Blindefellows Chronicle when I read it last year so was looking forward to more of her gently subversive dry wit in Let The Swine Go Forth. In Blindefellows, the action takes place over several years with the school and its staff linking a collection of short stories but this time the story is told in a more linear fashion over the course of just a few months. There's a lovely connection to Blindefellows, however, with the erstwhile drama teacher, Tristram Randolph taking on the lead role this time after he is unexpectedly offered the position of headteacher at a new school in the fictional country, Diskepabisbad; a former Soviet state with a despotic president and a decidedly poor human rights record.
Randolph is completely oblivious to the warning signs that he may be getting in over his head and gleefully accepts the role. Meanwhile, his current school, Swineforth Hospital reluctantly agree to becoming a sister school - their concerns over the suitability of both the country and Randolph's own abilities outweighed by the promise of extra funds and in the case of his most outspoken critic, the school bursar, the chance to take Tristram off their books. He approaches his new job with all the confidence of a man who clearly doesn't have a clue about what he's doing but firmly believes his talents are finally being recognised. He is vain and incompetent but his many mistakes and his very gradual realisation that he's been taken for a fool means that there is something rather endearing about him.
Let The Swine Goes Forth delights in its wordplay, with unfortunate acronyms a recurring theme (at one point Randolph orders polo shirts for his staff bearing the school's initials on the back - Swineforth Hospital International Team) but there are less signposted moments of razor-sharp humour in this affectionate nod to the likes of Waugh and Wodehouse too. Each member of staff is the personification of a deadly sin but this is no cautionary tale and many are rather likeable despite their foibles - I was particularly fond of the duck-obsessed science teacher, Brian and the unashamedly insatiable Gemmy.
There are plenty of  joyfully farcical moments throughout the book, from an inspection which doesn't go at all to plan to a wonderful scene involving Tristram's father's latest invention - the Silligator satnav system but there's an undercurrent of danger to the novel too. The hapless Randolph may take a while to understand just how much trouble he is in but it's only too clear that a country which imprisons a visitor just for wearing a turkey hat isn't the sort of place to forgive honest mistakes. Although a very different plot, Let The Swine Go Forth reminded me a little of Psmith, Journalist in that the author examines some important social issues (such as the mistreatment of prisoners and state corruption) and in doing so drives Randolph to develop as a character without losing the essence of who he is.
The story is well-plotted and told with great charm and the fictional setting is vividly imagined - I was easily able to picture Diskepabisbad in my mind. I read Let The Swine Go Forth with a smile glued to my face; this thoroughly engaging book will appeal to anybody who enjoys unashamedly British silliness with a sharp edge. More please!'

Let The Swine Go Forth can be purchased from Amazon UK and Amazon US.
https://hairpastafreckle72.blogspot.com/2019/03/let-swine-go-forth-by-auriel-roe.html

...and shorter but also lovely, here's another review this weekend:
I thought this charming read was amusing and full of a plethora of delightfully rich characters. Where else will you find a book, in which a characters only hope of gaining a pardon, is by putting on a performance as a dame? The sense of originality meant the story felt easy to read and yet at the same time keep me reading because the story was engaging as well as funny. I love delicate humour in novels, where it’s not forced and the balance here was  good for me, the story both thrilling, charming and funny.
You can purchase this novel from Amazon
https://booksaremycwtches.wordpress.com/2019/03/16/review-let-the-swine-go-forth-by-auriel-roe/