The playwright and broadcaster Bonnie Greer has written the foreword to 99 Immigrants Who Made Britain Great. In it, she makes the point that throughout history Britain has experienced wave after wave of immigration. In reality, she writes, Britain is a nation of immigrants.

As I write, we are over 70% to our crowdfunding target, having received more pledges yesterday. But there are only a few days left. If you would like to support this project, now is the time. Be involved in something uplifting and get your name in the back of this hardback book.

Right, over to Bonnie...

Foreword to 99 Immigrants Who Made Britain Great

Over a decade ago now, I was invited to be a panellist on Question Time. Nick Griffin, then leader of the far-right British National Party, was also invited on as a guest. Then as now, the issue of immigration: good or bad, loomed large.

The British National Party claimed to be the party for ‘indigenous Brits.’ ‘Indigenous’ meaning ‘native’ to Britain. But one of the great joys is that your new country, the one that you choose and that in time chooses you, is always unfolding. This unfolding never stops.

This unfolding makes you eager to share with other citizens, pass on the gifts that you discover; those fascinating tidbits of history. And your own insight.

At the time of this particular Question Time, I was a Trustee of the British Museum. So I went to the Prehistory Department to ask about ‘indigenous Brits.’ I was told, by experts, that permafrost covered most of the British Isles, and that Southern Britain was a polar desert. And that the only thing ‘indigenous’ to Britain is oats.

Therefore, everyone, every human being... and animal, too, in the UK is descended from an immigrant. We are all incomers. Either yesterday. Or thousands of years ago. 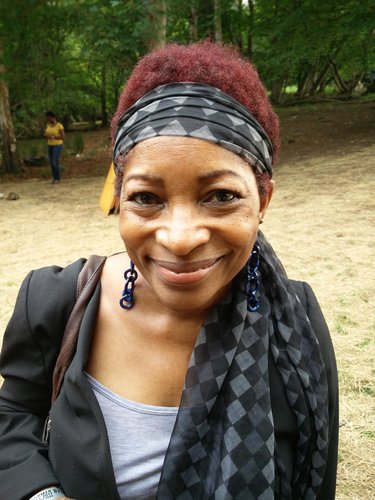 Bonnie Greer: explains the importance of immigration to Britain

The hardback at a special early-bird price, with your name in the back.
£20  + shipping
37 pledges