By John Griffiths and Tracey Follows

The story of how account planning began, told by its pioneers 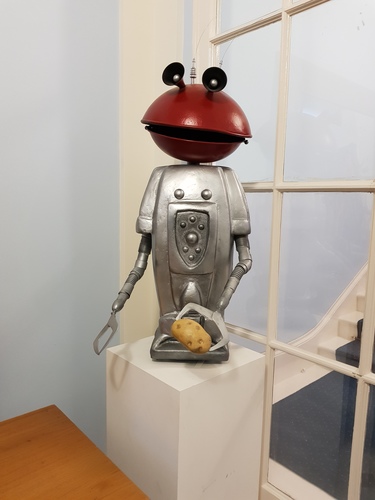 It is nearly 2 years since 98% Pure Potato was launched. We find ourselves in the 50th anniversary year of the start of account planning at J Walter Thompson and Boase Massimi Pollitt.

We want to celebrate the anniversary by doing something special. So we're telling you the pledgers and supporters of 98% Pure Potato first. We're bringing it out in paperback which means a significant drop in the cover price. And making it a bit of an anniversary edition.

However, this moves us beyond Unbound's remit so with thanks for their support we are taking the rights back and putting the book out ourselves from now on. There will be a paperback edition and an ebook which for 2018 at any rate, will reference the anniversary so you might want to purchase a commemorative edition for a friend! We will be free to price it and position it as we please and it will still be on Amazon readily accessible as a paperback and ebook.
If you are intent on getting a copy of a hardback there are a few left selling worldwide through Penguin Random or off Amazon. When the hardback is gone it's gone.  But in its place is a leaner meaner 98% Pure Potato - all the content for a more modest price.

Tracey will have copies at the Cannes Advertising Festival where she is a speaker and on their jury once again.
John will be sure to have copies with him for the Account Planning Group Anniversary Party on June 14th in London of this year.  He walks back and forth past the Martian in the lobby of the IPA being one of the shortlist judges this year for the IPA Advertising Effectiveness awards. That's where the photo came from!

We will be putting out some goodies over the year. Some film clips of the original interviewees. And if you want to stay in touch then take yourselves over to the Facebook page. https://www.facebook.com/98percentpurepotato/ We'll put a page up on Linked in as well.  The legacy page here on Unbound with our original promo film will be maintained along with various goodies we have made available over the last few years including the podcasts of our interviewees - remember that? But this is the last update from this page. Best to follow us on other channels.

We have talked about writing other books. There is work in the works.

But for now, thank you for your support and over and out.