A collection of wildlife photography in support of Parkinson's UK 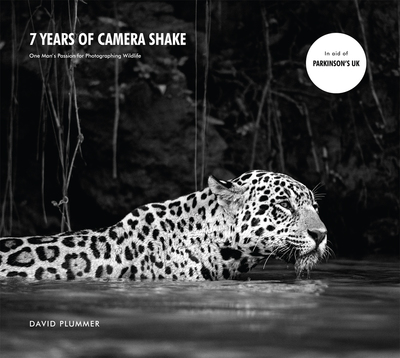 Nature | Photography
Rewards for this book are not available.

Signed limited edition print (40 x 30cm) of your choice of one of the images in the book, 1st edition hardback book, and ebook edition
$1,125  + shipping
1 pledge

Signed first edition hardback book, a badger talk and a private evening of badger watching with David in his own ancient woodland in Sussex for a group of 1 to 6 people (aged 12 years or over), ebook edition and your name in the back of the book
Only 10 available
$1,125  + shipping
1 pledge

Signed first edition hardback book and one day of 1:1 photographic tutoring with David in Sussex (venue to be agreed)
Only 10 available
$1,500  + shipping
2 pledges

Signed first edition hardback book, signed limited edition print and one day of bird hide photography (with tutoring from David) for 2 people in Sussex. Hides include kingfishers, owls and birds of prey, and ebook edition
Only 10 available

In 2009 David was diagnosed with Parkinson’s Disease. The disease hasn’t stopped him, and he has responded by achieving some of his greatest work. As David says “Parkinson’s has galvanised me to be alive. Disability is a hindrance and with Parkinson’s I will lose function. So I have made the choice to grab life by the horns and shake the hell out of it. I don’t have the luxury of waiting”.

David’s proposed book ‘7 years of Camera Shake’ will feature a selection of his best work taken during the seven years since his diagnosis. The book will have approximately 200 pages and will feature between 200 and 250 of David’s best and favourite images together with short descriptions and anecdotes.

50% of David's profits will be donated to Parkinson's UK, the charity which drives better care, treatment and quality of life for people with Parkinson’s and funds research to ensure new and better treatments in years, rather than decades.

The special Unbound edition is now sold out, please visit Waterstones or Amazon to purchase a copy.