The 32: An Anthology of Irish Working-Class Voices 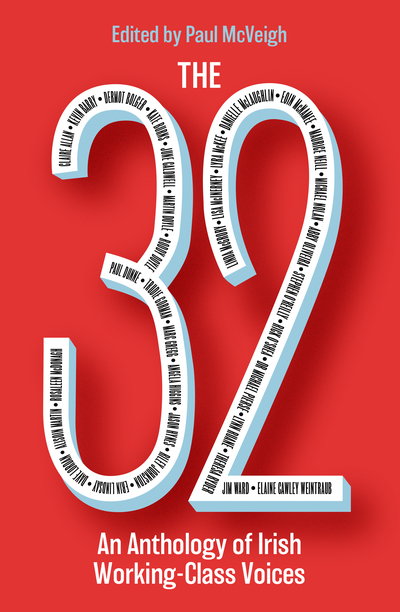 The 32: An Anthology of Irish Working-Class Voices

16 published writers and 16 new voices write on their experience of being working class in Ireland.

We read because we want to experience lives and emotions beyond our own, to learn, to see with others’ eyes.

The 32 is a celebration of working-class voices from the island of Ireland. Edited by award-winning novelist Paul McVeigh, this intimate and illuminating collection features memoir and essays from established and emerging Irish voices including Kevin Barry, Dermot Bolger, Roddy Doyle, Lisa McInerney, Lyra McKee and many more.

Too often, working-class writers find that the hurdles they come up against are higher and harder to leap over than those faced by writers from more affluent backgrounds. As in Common People – an anthology of working-class writers edited by Kit de Waal and the inspiration behind this collection – The 32 sees writers who have made that leap reach back to give a helping hand to those coming up behind.