Hello, I’m Ros Ball, one of the 100 voices. Miranda has passed me the pen to bring you an update as we continue our push to get our stories heard.

Last week a group of the 100 voices writers met in a Bill’s restaurant in Holborn, London because it has a hidden history. It was the HQ of the Women’s Social and Political Union (WSPU), a group better known as the suffragettes. There’s no blue plaque, there’s no pictures on the walls, in fact no way at all that anyone without the knowledge could tell that history was made on that spot. Yet it’s where 100s of women planned protests, printed suffrage newspapers, created secret codes and got raided by the police and carted away.

It was the perfect place to meet to discuss our stories and to reflect on why women’s achievements so often go unmentioned. We came up with ideas for how we can drive the funding for this book, more on that in a moment, but first a reminder of the reason we’re here….

In that suffragette HQ I met Sarah Hegarty, whose beautiful story about trying to write when her son became dangerously ill had moved me so much when I listened to it in 2018. I met Miranda Keeling whose story about a simple achievement as a child was full of the honest satisfaction in ourselves we feel as girls before the world teaches us to be modest about our victories. I met Olivia Chappell whose story about finding her backbone as a teacher and learning to be at ease with someone not liking her was a lesson I need in my own life.

It was a reminder to me what we’re doing when we ask you to pledge for this book – we’re supporting each other and we’re supporting women. It’s a great thing to be part of and I urge you to remind yourself what great stories the 100 voices have to tell.

You can help by asking someone else to pledge – asking one person directly works best.

Or do you have contacts with an organisation who may want to sponsor a frontispiece in the book?

Women are still underrepresented in print, it’s not a situation the suffragettes would want to see 100 years later. Let’s keep working to get another 100 women writers in ink.

Ros Ball is a writer and journalist whose story is featured in 100 Voices - you can hear it here. 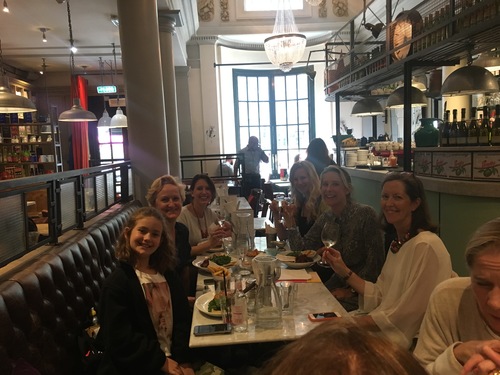 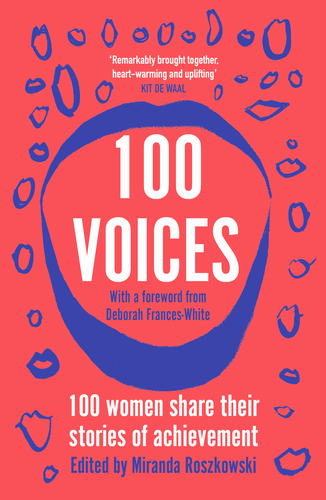